More than 20 years ago, Keith Babb, president of New England Mobile Crushing Services, walked away from a successful career in the automotive industry and started a new venture working in a niche market subcontracting hammering and crushing and screening services to New England contractors. 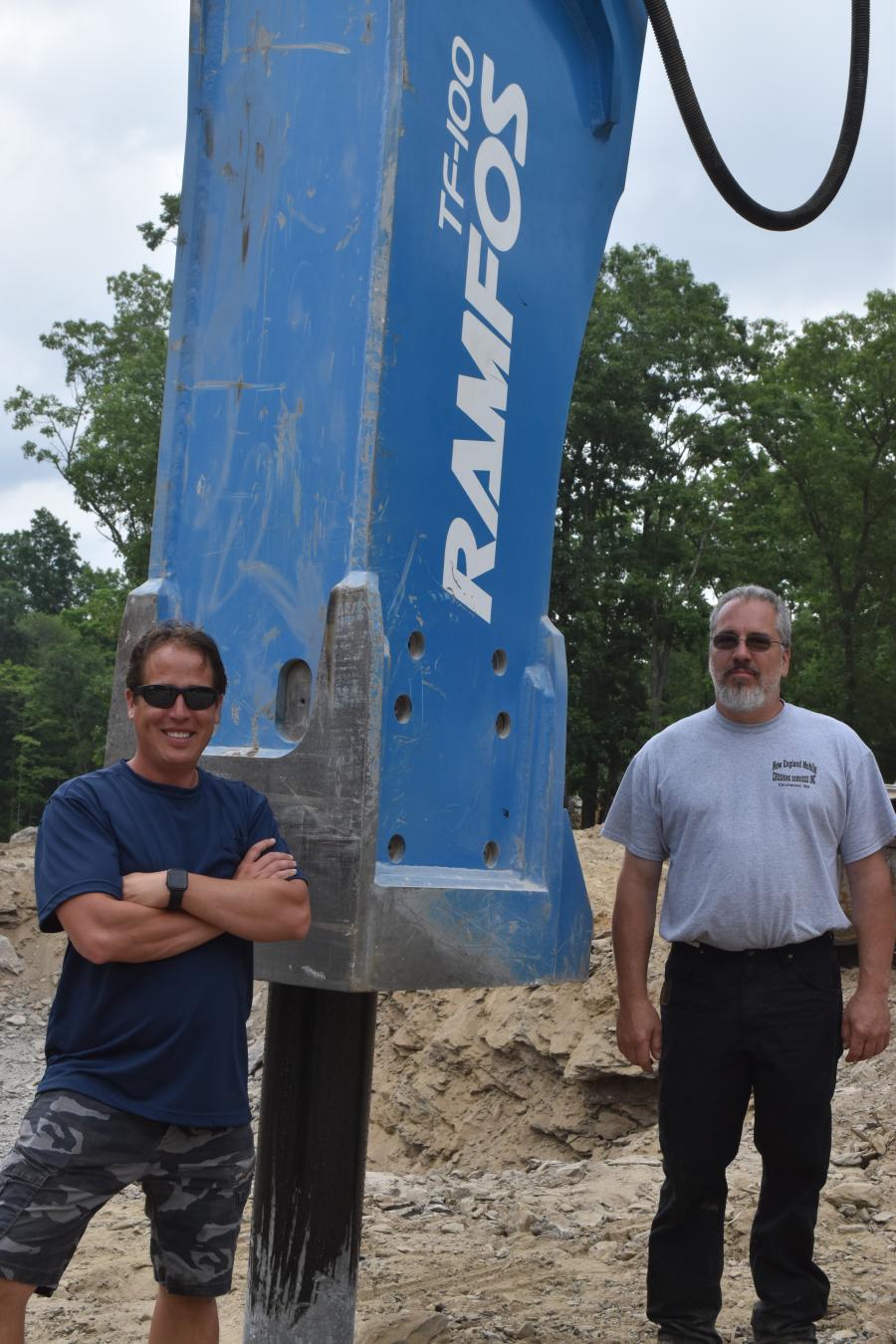 The rock that Babb and his customers face every day is some of the hardest in the country and shows up on virtually every job site. New England is among the few regions in the United States where blasting is commonplace and expected on typical excavation sites.

"The downsides to blasting your way through New England's granite are many," Babb said. "To begin with, the blasting process is very expensive. You may only need to make a four or five-foot cut, but by the nature of blasting you are going to pay for a minimum of an eight-foot cut."

Depending on the location, the permitting process can be lengthy and painful, according to Babb. A study must be conducted to determine what the effects are going to be on a widespread area surrounding the site.

"The permitting process can also add to the cost significantly," he said. "A traffic study may have to be purchased, and in addition, again depending upon your location, local law enforcement may have to be hired to manage traffic. Blasting mats have to be moved."

For these reasons, since his New Hampshire company's inception, Babb has been building a fleet of hydraulic hammers and excavators to do custom rock crushing work. As his company has grown, Babb has gradually grown the size of his excavators, the hydraulic hammers that are attached to them, and the overall number of machines in his fleet.

Babb's first excavators were Komatsu PC400-sized machines, which were equipped with Ramfos model TF50 12,000-lb. hammers. Over the years, the company had tremendous success with Ramfos hammers and the power they generated, as well as their durability. As Babb grew the company and the size of his fleet, he has remained loyal to the Ramfos brand and his dealer, Peterson Attachments. 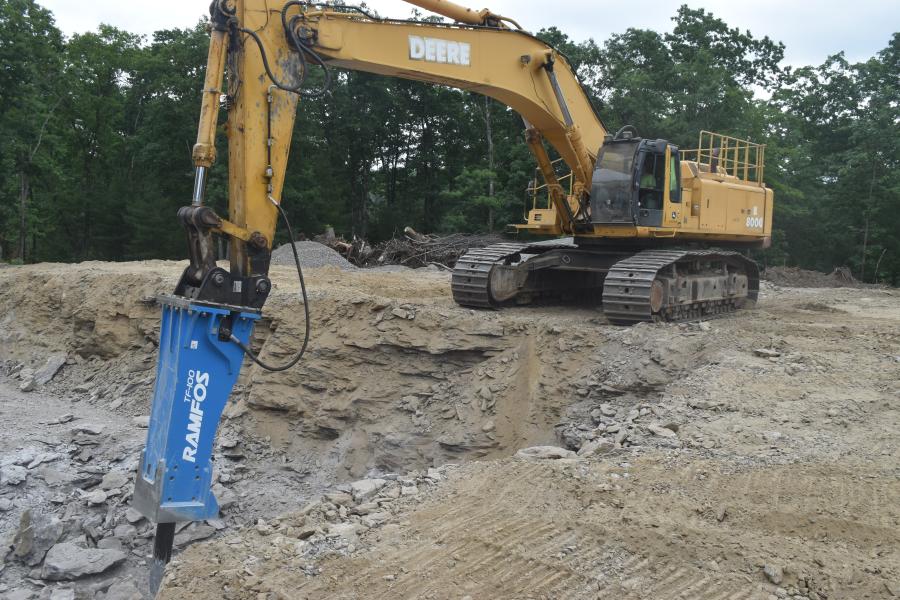 Among the largest hammer/excavator combination available in New England, this monster machine setup puts New England Mobile Crushing Services in a position to aggressively bid jobs that previously only had blasting companies as their only option, according to Babb.

The setup currently is working at a high-end home development project in Hudson, N.H., in severe rock conditions, where the contractor is opening up cuts more than 10 ft. deep.

"This project is moving very quickly and one of the benefits that we are seeing, besides the economics, is that the product we are producing through the hammering is creating a rock with no large oversized pieces, so that the next step in crushing does not require the material to be broken down once again, adding to the cost," Babb said. "The Ramfos hammer matched up with the John Deere 800-sized excavator is a monster of a machine. This is some very severe rock, but it is literally tearing it up effortlessly."

"It was a major investment for us, but we went into this investment very confidently," he said. "I have Ramfos hammers in our fleet that have 5,000 hours working in punishing New England rock that have not had any failures. The Ramfos is a high-powered hammer with a simple design that is easy to maintain and may have the best warranty in the industry. In our opinion, it has the lowest cost of ownership of any hammer in the market.

"I have known Ron Peterson, the owner of Peterson Attachments, for some time and when it comes to hydraulic hammers, he may be the most knowledgeable person I have met. He makes himself available to us day or night and understands that his tools are the centerpiece of our business." CEG