Highways and bridges throughout the Gulf Coast states were mauled by Hurricane Katrina’s wrath.

As the winds and rain died down in Alabama, crews worked quickly to assess the damages and begin the process of repair work, according to Alabama Department of Transportation (ALDOT) Spokesman Tony Harris.

“We have no time estimate or full cost estimate on the extent of damage at this point,” Harris said. “It will easily be in excess of $1 million. By the time we compile the cost of repairing the damage and add in labor, there could be several million dollars in the transportation infrastructure alone. Of course, our damage was very different from what Mississippi and Louisiana have experienced.”

The most serious damage was sustained by the Cochrane-Africatown USA Bridge when it was struck by a 13,000-ton oil platform Aug. 29. The four-lane bridge passes over Mobile River along U.S. 90 and the U.S. 98 Truck Route and provides a connection between I-10 and I-165. It serves as a mandatory bypass of the Bankhead Tunnel (U.S. 98) and Wallace Tunnels (Interstate 10) for trucks carrying oversized loads and hazardous materials.

“Right around noon,” Harris explained, “the bridge was struck by a drydock barge carrying an oil platform that was in the river undergoing renovations. The storm surge broke it loose from its mooring [in Mobile Bay], and it struck the main span that transportation passes under. We’re lucky we didn’t lose the bridge. There was moderate damage — some was cosmetic, but there was minor damage to the cable stays. It performed the way it was designed to.”

The bridge was closed to traffic at that time, and reopened Aug. 30 after state inspectors examined the bridge and determined that it could handle traffic at half capacity until repairs could be completed. The bridge remains open, with one lane of traffic moving in each direction.

“State inspectors have carefully examined the bridge and we’re ready to have two lanes of it open to traffic,” Gov. Bob Riley said when the bridge opened. “This typifies the kind of swift progress we hope to see throughout Alabama as we recover from this devastating hurricane.”

“The tunnel has a low elevation compared to Mobile Bay and the Mobile River,” Harris explained. “It is prone to flooding with a minimum storm surge.”

The tunnel was built in the mid 1940s, and was one of the main accesses to downtown Mobile before the interstate system was created.

Some damage also occurred along the U.S. 90/98 Causeway, which runs from Baldwin County to downtown Mobile. Roadbed damage caused by the storm surge has been repaired, but the connecting ramp to Interstate 10 will remain closed for several weeks until five 50-ft. spans of the connecting ramp can be manufactured and replaced.

Damages also were sustained by the Mobile Bay Ferry, which travels to Dauphin Island, a barrier island south of Mobile at the tip of Mobile County. Harris reported that the ferry was brought up the Mobile River to the shipyard for safekeeping when the hurricane threatened.

The ferry will remain out of service for several weeks while repairs are made.

The I-10 Wallace Tunnels were partially closed, as well. Harris noted that after Katrina’s landfall, floodwater inundated the ventilation area in the tunnels.

“Because of a combination of floodwater and intermittent power failures, the water couldn’t be removed, and the pumps failed,” he said.

One east-bound and one west-bound lane were closed from Aug. 29 to Sept. 1, and portable pumps were placed in the closed lanes to remove the water.

According to Harris, ALDOT has offered assistance to the transportation departments of Mississippi and Louisiana.

“There has been no specific request for assistance, but we’re prepared to help if they need it,” he said.

In the wake of Hurricane Katrina, the only state highway in Mississippi that currently remains closed is Highway 90 along the gulf coast from Waveland to Ocean Springs, according to the Mississippi Department of Transportation (MDOT). The road is closed because of damage from the storm surge, and Carrie Adams of the external affairs division noted that repair work will begin shortly in that area.

The only other major damage reported was to the Pascagoula Bridge on Interstate 10.

A $5.2 million contract for the repair was awarded to T.L. Wallace Construction Inc. of Columbia, MS, on Sept. 7.

“Motorists are asked to be observant and drive slowly when traveling through the area,” district engineer Ricky Lee said. “Due to lane closures, motorists should be aware of traffic delays. We encourage motorists if at all possible to take an alternate route.”

MDOT reported that all other highways were cleared of debris and open to the public within three days of landfall. CEG 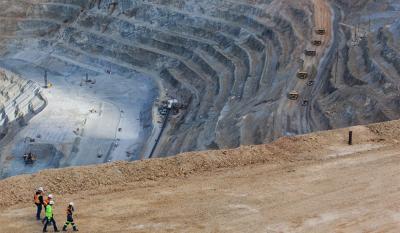 Rio Tinto to Build Tellurium Plant at Kennecott Mine Site 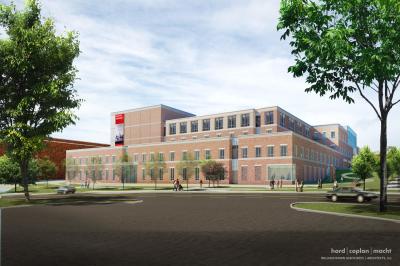 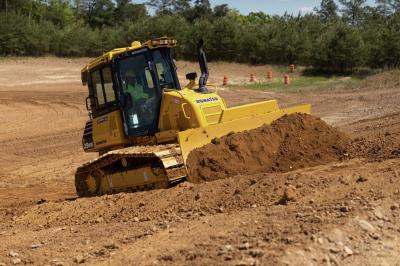