Now in its 35th year, the award program recognizes manufacturers for their dedication to community service. 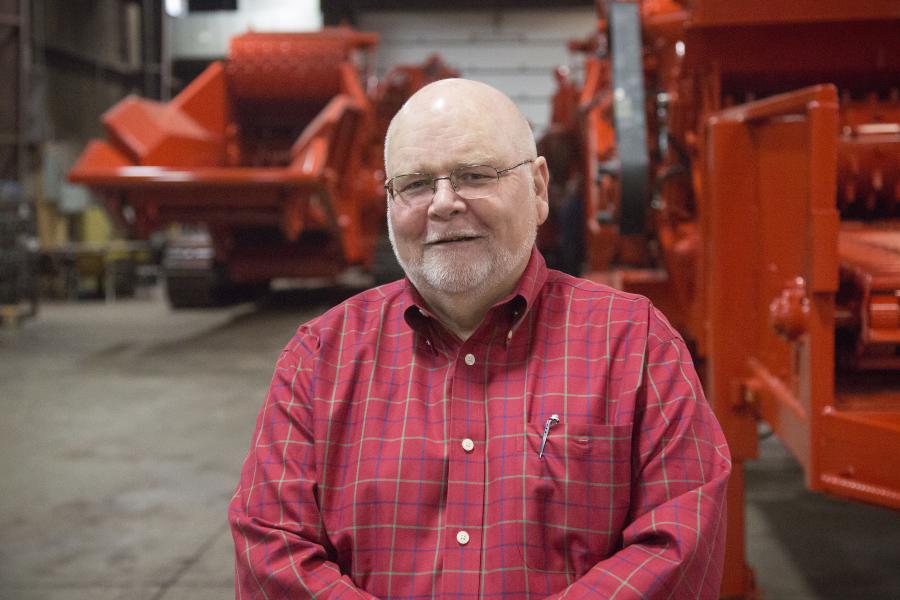 Now in its 35th year, the award program recognizes manufacturers for their dedication to community service, issue advocacy and their role as a symbol of the positive work being done by the manufacturing industry.

“I'm deeply honored,” said Shoemaker. “More importantly, this award really belongs to the great team here at Morbark who are truly committed to what we do. These Morbark men and women are proud to be manufacturers and demonstrate that passion each and every day. I've been privileged to help promote their efforts.”

“Jim Shoemaker is a great example of what it means to be a Michigan manufacturer, and he has helped position Morbark LLC as a top manufacturer in the state,” said Chuck Hadden, president and CEO of the Michigan Manufacturers Association. “Every recipient of the Michigan Manufacturer of the Year Award carries on the memory of John G. Thodis, MMA's longest-serving CEO. John believed that manufacturers were more than just innovators within their facilities; they are also leaders in their community. He would be proud to see Jim carrying on that great tradition.”

The large tier category award is presented to a company with 200 or more employees. Shoemaker is being honored for the effort he has put forth in promoting Michigan's manufacturing industry. He is a founder of one of Michigan's most respected regional industry associations (the Central Michigan Manufacturers Association), partner to both the Michigan Manufacturing Technology Center and MMA, a voice on top economic issues impacting businesses across the state, and an advocate for promoting a positive image of manufacturing careers.

“Talking to families about the value of a manufacturing career is a personal passion of mine,” said Shoemaker. “Manufacturers are Michigan's top job creators.”