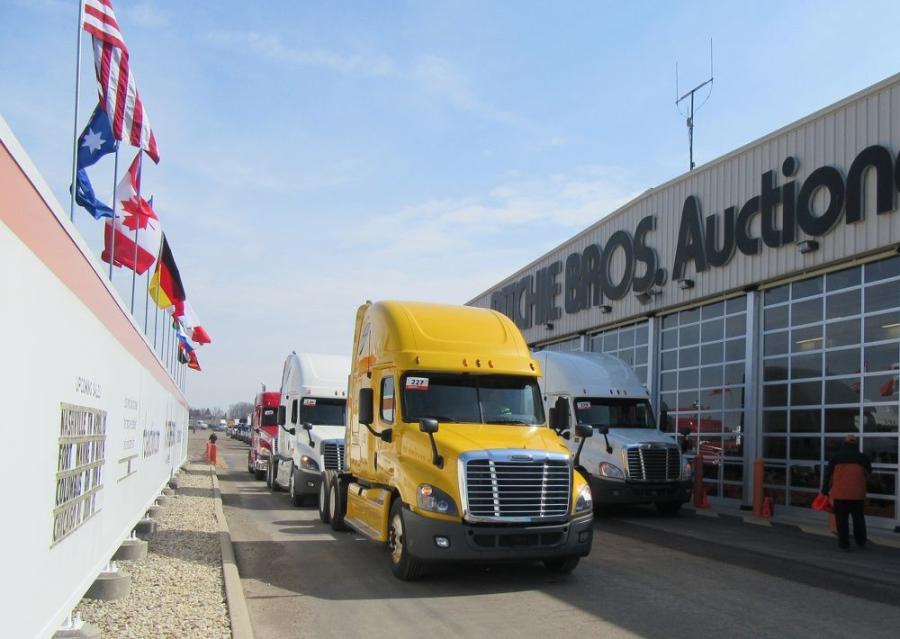 A large selection of late model trucks went up for bid at the auction.

More than 1,700 equipment items and trucks were sold in the auction, including 50-plus excavators, 45 compactors, 20 skid steers, more than 15 dozers, 65-plus boom & scissor lifts, more than 20 agricultural tractors, more than 165 truck tractors, 135-plus trailers and more.