Museum of African American History Readies for Debut in D.C.

The museum is reportedly one of the largest and most complex building projects in the country. 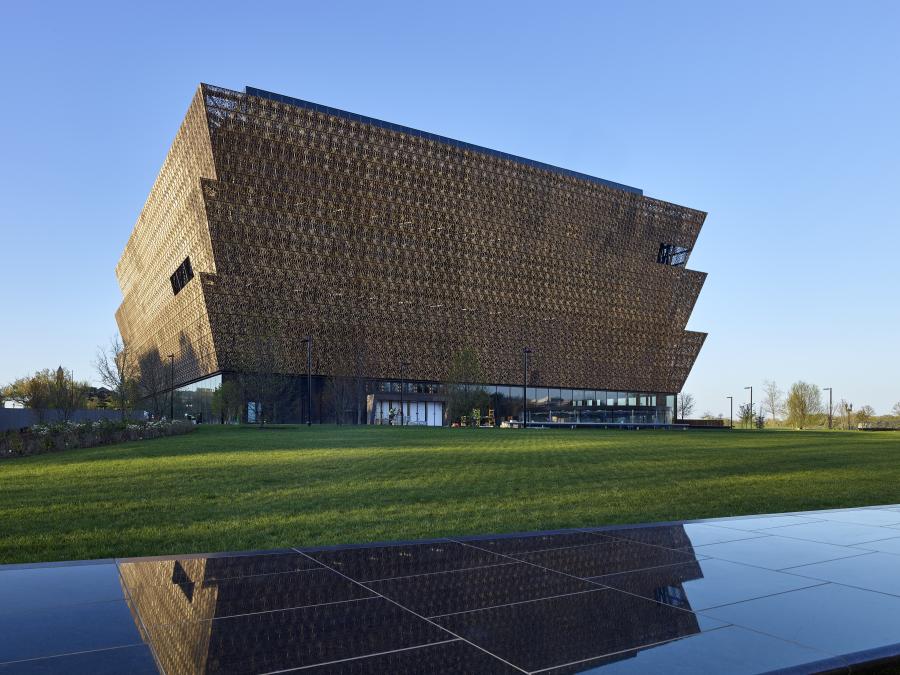 The Smithsonian's newest museum, the National Museum of African American History and Culture (NMAAHC), will open to the public on Sept. 24, after a dedication ceremony with President Barack Obama. It will feature African American history and culture in addition to serving as a centerpiece venue for various ceremonies and performances. More than 3,000 artifacts will be featured in the museum, ranging from pieces of a slave ship to Carl Lewis' Olympic medals.

Ground was broken for the museum in February 2012, and the total cost for construction of the museum and the installation of exhibitions was $540 million. Half of this came from federal funds, and the remainder was funded by the Smithsonian.

The museum is reportedly one of the largest and most complex building projects in the country, mainly because of the challenges of constructing 60 percent of the structure below ground.

The museum includes exhibition galleries, an education center, a theater, an auditorium, a café, a store and offices. Visitors will enter the museum through the grand Porch at south (National Mall) side of the building, while a secondary entrance is provided on the north (Constitution Avenue) side.

The museum's 12 exhibitions are grouped around three main themes: history, community, and culture and include an exhibit about the museum's evolution called “A Century in the Making.”

The design for the project was collaborated by four design firms that came together as Freelon Adjaye Bond/SmithGroupJJR. The firms include The Freelon Group; Adjaye Associates; Davis Brody Bond; and the SmithGroupJJR.

Two design elements are featured in the building: the “Corona” is the signature exterior that consists of 3,600 bronze-colored cast-aluminum panels weighing a total of 230 tons (208.6 t), and the “Porch” serves as the location for the main museum entrance on Madison Drive.

The design architect is David Adjaye, who also was the creative force behind the Corona.

“As the outer layer of the building, the Corona draws on imagery from both African and American History, reaching toward the sky in an expression of faith, hope and resiliency,” a museum press release noted. “The three-tiered shape is inspired by the Yoruban Caryatid, a traditional wooden column that features a crown or corona at its top. The pattern of the exterior panels evokes the look of ornate 19th-century ironwork created by enslaved craftsmen in New Orleans and allows daylight to enter through dappled openings. At night, the Corona glows from the light within, presenting a stunning addition to the National Mall.”

Phil Freelon is the lead architect and architect of record, and Davis Brody Bond provided additional design for the project. SmithGroupJJR developed and coordinated the design and construction of the entire exterior enclosure.

According to the press release, the landscape is another integral part of the threshold experience, establishing the site itself as a critical component of the design while providing perimeter security and sustainable storm-water management.

“From ground level to the rooftop, the series of landscaped spaces are intended to embody both a metaphorical and physical narrative, with the presence of water as a constant and dynamic companion throughout the journey.”

The landscape design was led by Gustafson Guthrie Nichol (GGN). The two entries into the site are marked by highly polished stone and a fountain of moving and still water. The landscape is layered with trees that are native to the south, such as oaks, magnolias and American beeches.

At the south entry, a reflecting pool brings the museum into the view of the National Mall.

The Smithsonian notes that sustainability has been a primary consideration in the design and development process. The museum is designed to achieve Leadership in Energy and Environmental Design (LEED) Gold certification. Sustainable elements include photovoltaic panels that produce electricity to heat water for the building.

Above the ground, the first floor of the building includes the central hall, welcome center, orientation theater and store. The second floor houses education space, a resource center and the Center for African American Media Arts.

The third floor includes the following community galleries: “Power of Place”; “Making a Way Out of No Way”; “Sports Gallery”; and “Military History Gallery.”

On the fourth floor are the culture galleries: “Musical Crossroads”; “Cultural Expressions”; “Visual Arts Gallery”; and “Taking the Stage.” The fifth floor contains staff offices and a board room.

A series of openings throughout the exhibitions frame views of the Washington Monument, the White House, and other Smithsonian museums along the Mall. These openings, or “lenses” are designed to offer respite and pause at selected moments along the exhibition experience. The framed perspectives serve as a reminder that the museum presents a view of America through the lens of African American history and culture.

The Contemplative Court provides a water- and light-filled memorial area that offers visitors a quiet space for reflection. A raised overhead oculus (circular window) allows light to enter the space.

For a time lapse of the entire project, click here.