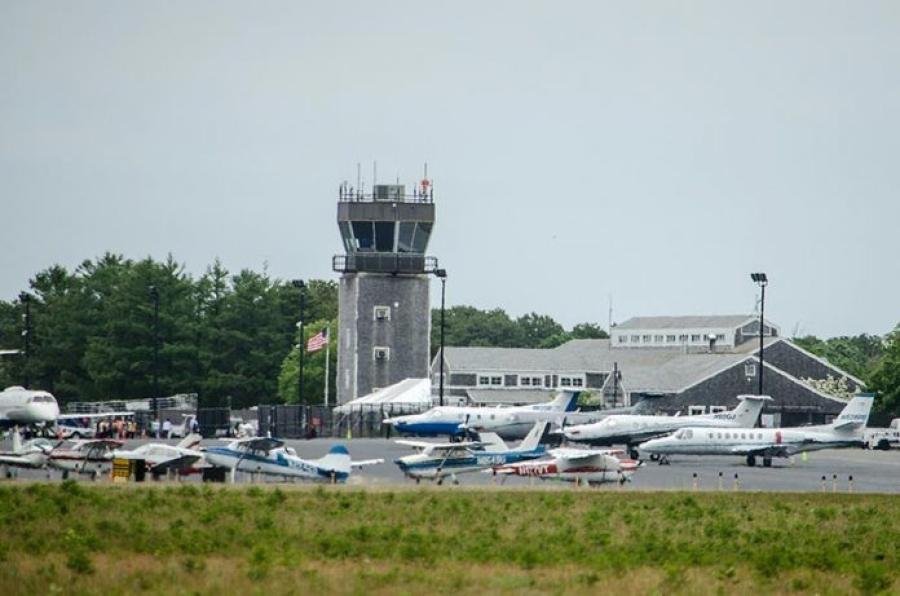 Martha's Vineyard Airport will receive an $11 million grant of to reconstruct the main runway at the airport. (Steve Myrick photo)

The U.S. Department of Transportation has announced a grant of more than $11 million for the Martha's Vineyard Airport. The grant is to reconstruct the main runway at the airport. The total project cost is $11.4 million. The project will begin at the end of the summer travel season this fall and is scheduled to be completed prior to the 2019 summer season.

“The Airport Commission has worked hard to foster a relationship with the FAA that allows us to work together to improve the Martha's Vineyard Airport,” Rosenbaum said.

The rehabilitation of Runway 6-24 will be constructed by Lawrence-Lynch Corporation of Falmouth, Mass. The design and construction management was done by McFarland Johnson Inc. of Concord, N.H.

The reconstruction was necessary because the runway, the only runway on the island of Martha's Vineyard able to accommodate commercial airline traffic, has exceeded its 20-year design life. The project also will include the installation of no-taxi islands and electrical improvements to improve the safety of the facility.

“Martha's Vineyard is a world-class destination and it deserves an airport of world-class distinction,” said Sen. Edward J. Markey, a member of the Senate Commerce, Science and Transportation Committee. “With this federal funding, Martha's Vineyard Airport can restore its runway, ensuring it is as welcoming as the neighboring beaches. I am proud of this strong federal investment in Martha's Vineyard's economy, and I look forward to continuing the strong local-federal partnership with the region to address critical infrastructure needs.”