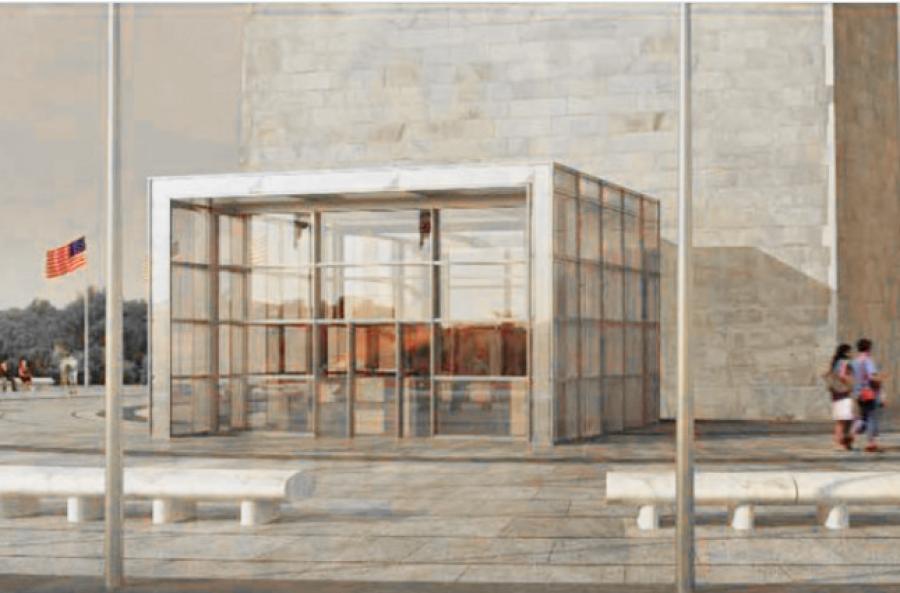 Rendering of the proposed new visitor screening center for the Washington Monument.

WASHINGTON (AP) The Washington Monument is modernizing its elevator and a getting permanent area for safety checks and visitor screenings.

The Washington Post reports the National Park Service said it awarded a contract for the more than $10 million project to a Maryland construction company following a months-long process.

Officials said the monument is expected to reopen in spring 2019 after reliability issues with the elevator caused it to close in August 2016.

Philanthropist and businessman David M. Rubenstein donated $7.5 million to help fund the work after an earthquake damaged the monument in 2011. Around $3 million will be spent to repair and update the elevator, while the roughly $7 million remaining in the contract will pay for the new security building.

Both jobs will be handled by Rockville general contractor Grunley Construction.