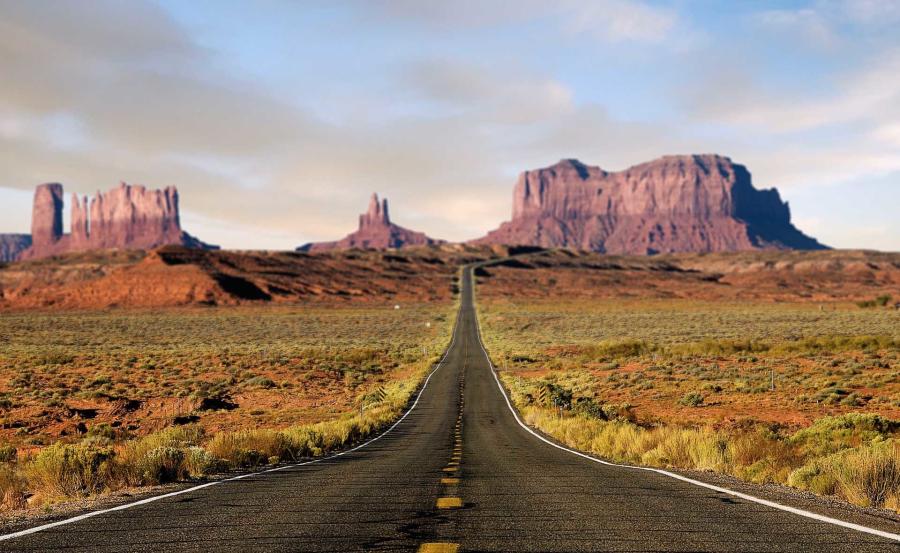 A total of 68 projects from the Navajo Nation have made it onto the TITP draft list this year.

The Navajo Nation held a public hearing on Aug. 27 centered on proposals for road work that seek federal funding via the Tribal Transportation Improvement Program (TTIP).

The program is designed to aid tribes in planning, design construction and maintenance of roads and bridges on their land. To get funding, tribes must submit an annual list of projects, the Farmington Daily Times reported. Once the list is formed, it must then be approved by the Navajo Nation Council's Resources Development Committee, an oversight committee for NDOT.

According to Karen Benally, NDOT's Department of Planning manager, TTIP projects are typically community based, which means chapter governments have the opportunity to voice their opinions. Benally also said the proposals are typically reviewed and ranked by project readiness before they can be included on the TTIP list.

This year, Benally, said, NDOT decided to focus on bridges, chip seal work at area airports, bus stop construction, sidewalk work and shared trail projects, the Farmington Daily Times reported. A total of 68 projects from the Navajo Nation have made it onto the TITP draft list this year.

“A lot of our roads are in dire need of safety improvements, such as signage, stop lights, lighting, rumble strips and repairing of shoulders,” said Benally. “We see the need that is out there and we strive to make sure these projects are needs based.”

In 2018, the Navajo Nation saw $54 million in funding from TTIP, which was used for operations and planning, road maintenance, safety projects, preliminary work and construction, according to Darryl Bradley, principal civil engineer for NDOT.

Across the Navajo Nation, there are 14,168 miles of roads that are managed by the tribe, the Bureau of Indian Affairs, states and counties, the Farmington Daily Times reported.

The draft list for 2019 TTIP projects can be found at navajodot.org.