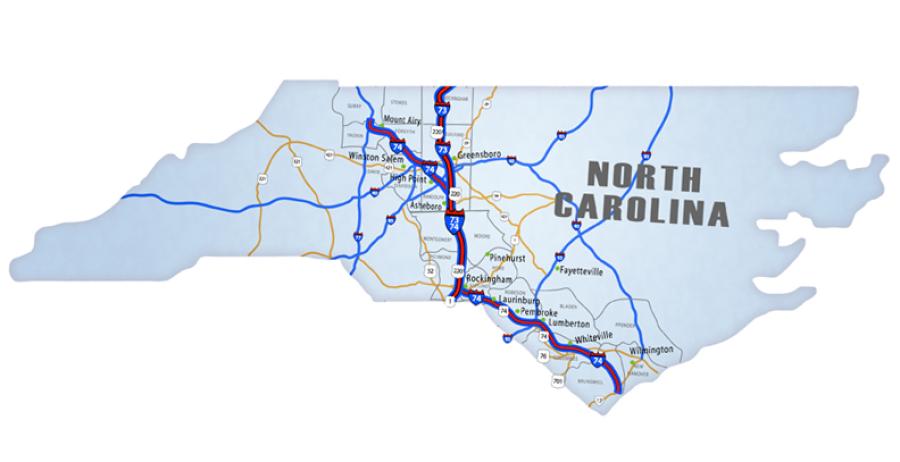 The North Carolina Department of Transportation has confirmed the delayed opening of a new interstate, originally scheduled to open this week.

The Greensboro News & Record reports (http://bit.ly/2pqz2FE ) recent rains and utility delays have extended the opening of Interstate 73 until mid-May, as confirmed by North Carolina Department of Transportation spokeswoman Michelle King on Monday.

The construction of the stretch between N.C. 68 and U.S. 220 is part of a $177 million project to build a 9-mile (14.48-kilometer), four-lane roadway from the Joseph M. Bryan Boulevard and the Airport Parkway interchange to U.S. 220 near the Haw River.

The entire project, which extends to Rockingham in the south and will be completed along the U.S. 220 corridor to the Virginia border, is slated to finish in July.—AP