N.C. Firm Puts Hyundai Equipment to the Test in Its Mine 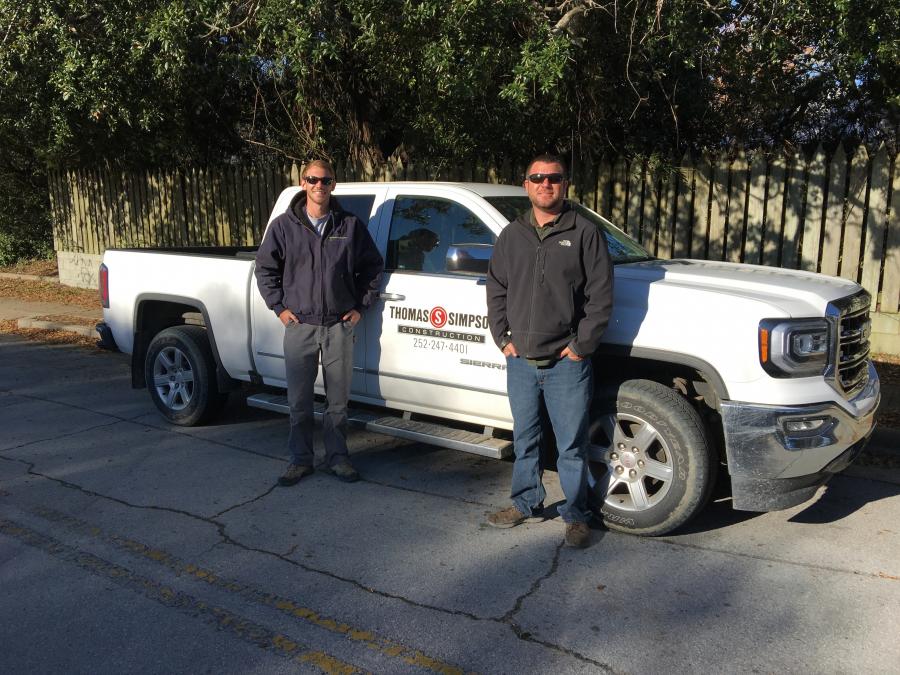 “He was a residential carpenter — painting and framing houses — so as the economy grew, his name got bigger in the community,” said Simpson. “People started asking him to do more and more work, which was the foundation of where we are today. We still specialize in residential and commercial vertical construction, and now we also have a civil division as well as a marine division. We are pretty diverse and try to tackle it all.”

Simpson said that one of the first projects that put the company on the map was the restoration of Fort Macon in Atlantic Beach. He said he was young at the time, but said he remembers his father remodeling different parts of the fort — taking out old bricks and putting new bricks in.

“The other part of the project was excavating the soil off the top of the fort and rehabilitating the infrastructure of the fort,” said Simpson. “It was only supposed to be a small section, but as he progressed into the work, state construction kept adding and kept adding work. It turned into a very large project for us. That's really where you learn to move dirt officially and it was just one of those things where it really put us on the map. It really did.”

Today, Simpson's father continues to be involved in the business. The company has grown to 32 employees with an additional 25 for its marine division. Simpson said the company still does small residential projects, but the work is now limited to a client-by-client basis.

Simpson's brothers, Sam and Nick, also are involved in the business.

“Sam works with me in the civil side, and he does a lot of our out-of-town work,” said Simpson. “He is currently working on a project at Carolina East Health Systems in New Bern. We've got a lot of site work out there, parking lots, renovation due to their expansion. They are doing a $40 or $50 million vertical expansion. Nick runs our vertical division. He is running the project for the county operations facility, and then he oversees all the residential construction. He has another project manager that works with him to handle the residential side of things, too.”

The company also owns a mine located in Beaufort that it uses for its commercial projects, but also, on occasion, sells material to the general public.

The company used fill from its mine on a project — Beaufort East Village. Simpson said that they worked on a sub-phase called Beau Coast.

“We supplied about 40,000 yards there. We also supplied roughly 20,000 to 25,000 yards to the Beaufort airport through different contractors who have done runway extensions out there. In addition, we are currently supplying about 10,000 to 12,000 cubic yards of NCDOT select material to the North River Bridge.”

According to Simpson, much of the company's work takes place in Beaufort, including site work.

“Beaufort is really growing,” said Simpson. “It's a great town with great people, and we love being there. We have a sizable site work division, and we have a lot of work in Beaufort. We like big residential projects. Currently, we've moved about 40,000 to 50,000 cubic yards on site in Beau Coast by digging sediment basins. It's a 149-lot division that is projected to be about 700 lots.”

According to Simpson, the Hyundai 320, 250, and 220 excavators, purchased from Rob's Hydraulics, Clayton, N.C., are working well for his company. 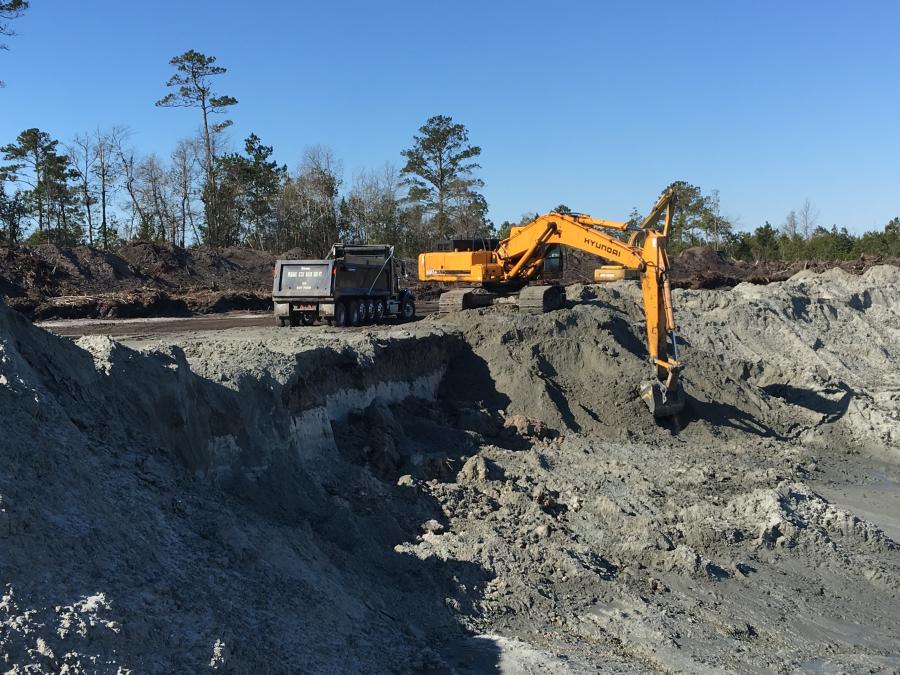 “I have a good working relationship with Rob's, and they offer Hyundai, Yanmar and Takeuchi,” said Simpson. “That's predominately what we're moving toward. We also like the three-year, 3,000-hour peace of mind warranty. Rob's is so close to us, and I can't really think of a time that we've had a problem that wasn't fixed.”

Simpson also said that these machines were part of one of his more interesting projects — Front Street Village.

“We've done two large dry stacks [boat storage facility] and the infrastructure associated with them for the Front Street Village project,” said Simpson. “We had to move a large amount of dirt to get these in the ground to stay within height restrictions of Beaufort. It also was interesting dealing with the de-watering.”

As the company expands into new markets and works on more unique projects, Simpson said that he can't imagine doing anything else.