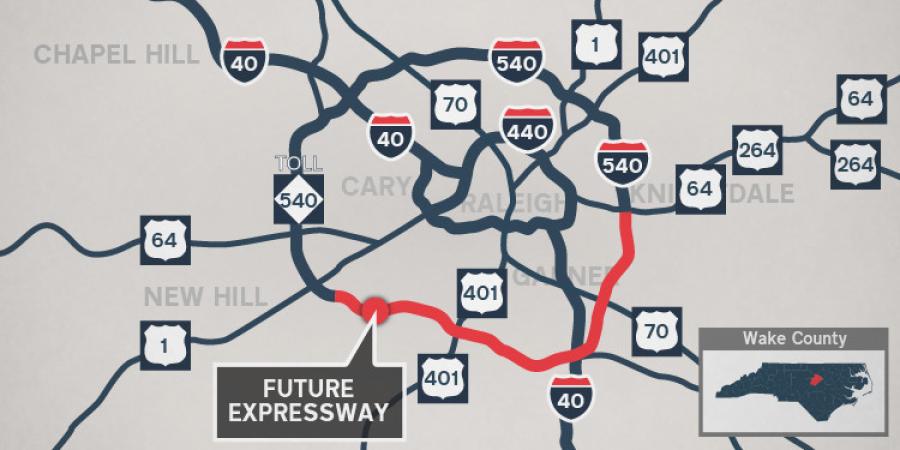 The North Carolina Department of Transportation has awarded the first of three contracts for the Complete 540 project in southeastern Wake County.

The NCDOT awarded the $403 million contract to Lane Blythe Construction Joint Venture of Charlotte Nov. 30 for the part of Complete 540 that will extend the Triangle Expressway from U.S. 401 to Interstate 40.

Complete 540 will link the regional roadway network by extending the Triangle Expressway around the greater Raleigh area. This link will provide commuters living south and east of Raleigh, as well as motorists making longer trips through the Triangle region, another transportation option. The contract calls for constructing a 70-mph (posted) six-lane highway from east of U.S. 401 to I-40.

Construction could begin in 2019 and the project is expected to open to traffic in 2023.