NCDOT Receives Award for Drone Use During Florence 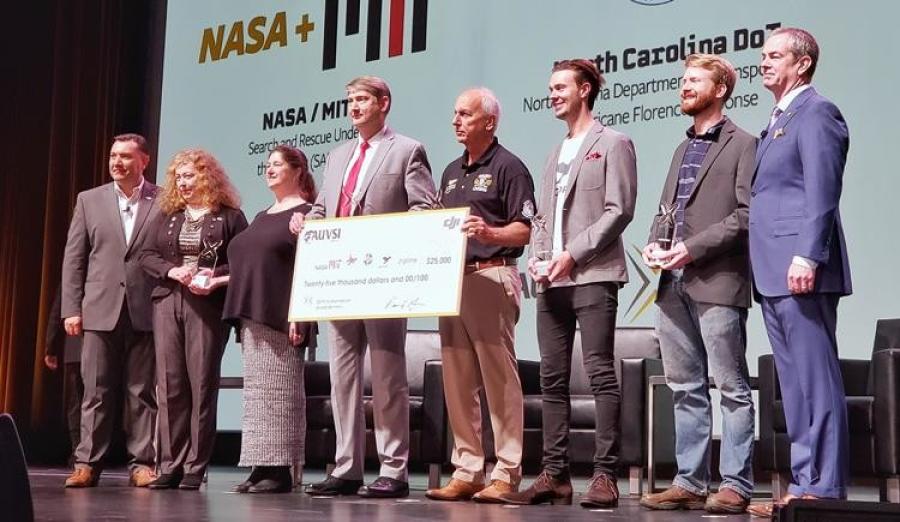 The North Carolina Department of Transportation has received national honors for its innovative use of drones during the state's coordinated response to Hurricane Florence.

NCDOT was awarded the Association for Unmanned Vehicle Systems International's Xcellence Award in the humanitarian category at the AUVSI's annual Xponential Conference, which was held in Chicago April 29 to May 2.

The award comes with a $5,000 prize, which the NCDOT's Division of Aviation has elected to present to the North Carolina Disaster Relief Fund.

The entry from the Division of Aviation's drone program was selected out of more than 140 other entries worldwide. The division was honored for its groundbreaking use of emerging drone technology to keep people safe from a tragic storm in a way that had never been done on this scale.

"Utilizing drones and other technological advances helped NCDOT keep people safe during Hurricane Florence and aided all our recovery efforts," said state Transportation Secretary Jim Trogdon. "Being recognized for this exemplifies exceptional teamwork coming together to use technology in ways we couldn't even imagine just a few years ago and is an example of ingenuity at its best."

This was the first year that AUVSI has presented an Xcellence Award in the humanitarian category. Zipline, a partner with NCDOT on the Drone Integration Pilot Program, was also among the winners.