NDOT Ready to Wrap Up $1B 'Project Neon'

The third and final phase of the largest and most expensive public works project undertaken in Nevada's 152-year history is wrapping up. When finished, Project Neon will widen 3.7 mi. of Interstate 15 in downtown Las Vegas. It's currently the busiest stretch of highway in Nevada, traveled by 300,000 vehicles daily, and expected to double by 2035.

"It's on time; it's on budget," said Tony Illia, Nevada DOT spokesman. "It's going well. We shaved off a year by adopting the design build approach. Initially our construction cost estimates were around $1.5 billion, and it came in a hair under $1 billion. That's a savings in tax dollars of $80 million." 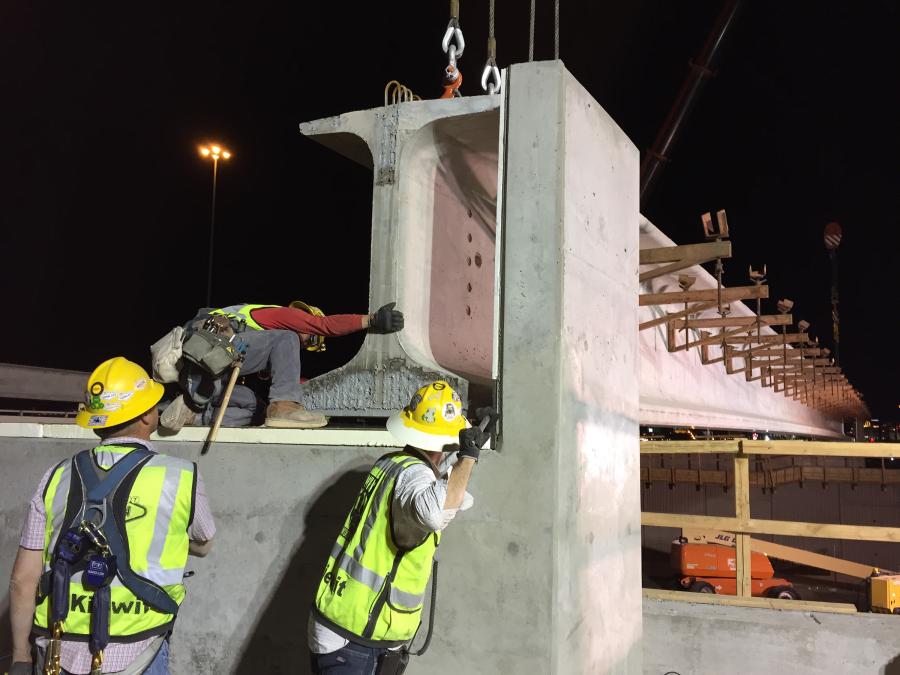 The work is ongoing six days a week with 500 workers on site any given time, and a fleet of 160 pieces of equipment, including:

"The centerpiece of Project Neon will be an 81-foot-tall, 2,606-foot-long High Occupancy Vehicle (HOV) flyover from southbound U.S. 95 to southbound I-15 that also accommodates carpool traffic from northbound I-15 to U.S. 95 northbound," Illia said. "The project additionally converts the two existing I-15 express lanes into a general purpose and HOV lane, thereby creating 22 consecutive miles of carpool lanes between I-15 and U.S 95." 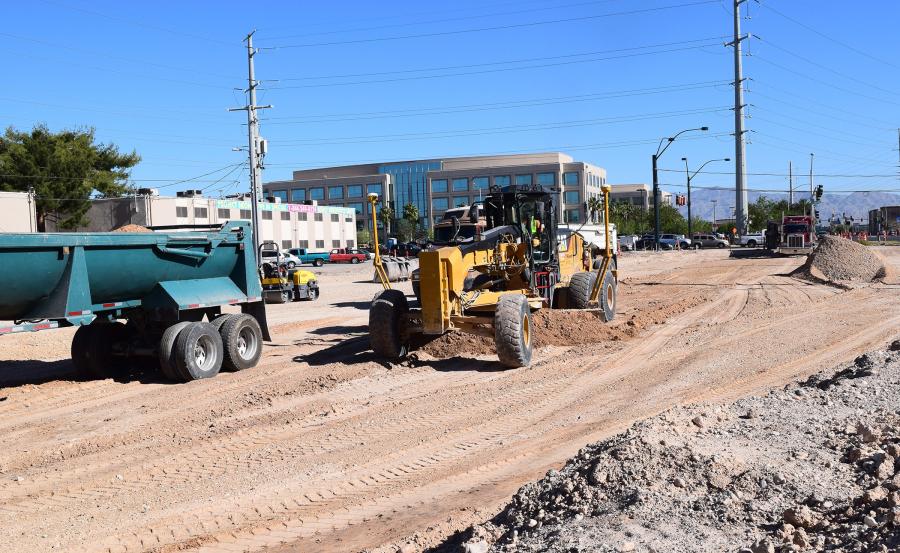 The project is expected to reduce delays by 28 percent for a $110 million annual savings through increased productivity. It will improve air quality due to less idle time and vehicle exhaust while enhancing motorist safety from reduced merge and weave traffic. It will create more than 4,000 direct, indirect and induced local jobs as well as numerous business opportunities for Southern Nevada-based disadvantaged suppliers and companies, Illia said.

"It's a huge undertaking, 20 years in the making," Illia said. "It's exciting, and it's certainly impactful."

The general contractor, Kiewit Infrastructure West Co., created a strong safety culture, adopting a shared safety mantra on the job site that empowered all employees to step in and stop something if they saw something wrong, he said.

"Being safe is not just a human factor, but it's a work factor, too. If workers are out there and get fatigued or hot, maybe their work quality suffers, and then you have to go back in and redo the work and that is counter productive. One of the questions that I was asked recently had to do with how do these workers manage to go out and work in 120-degree Vegas heat?

"During the summer months, Project Neon workers went through 7,000 water bottles a day. Each bottle 6.9 fluid ounces. So, that is the equivalent of 924 gallons a day. That's enough to fill an average size swimming pool every two weeks." 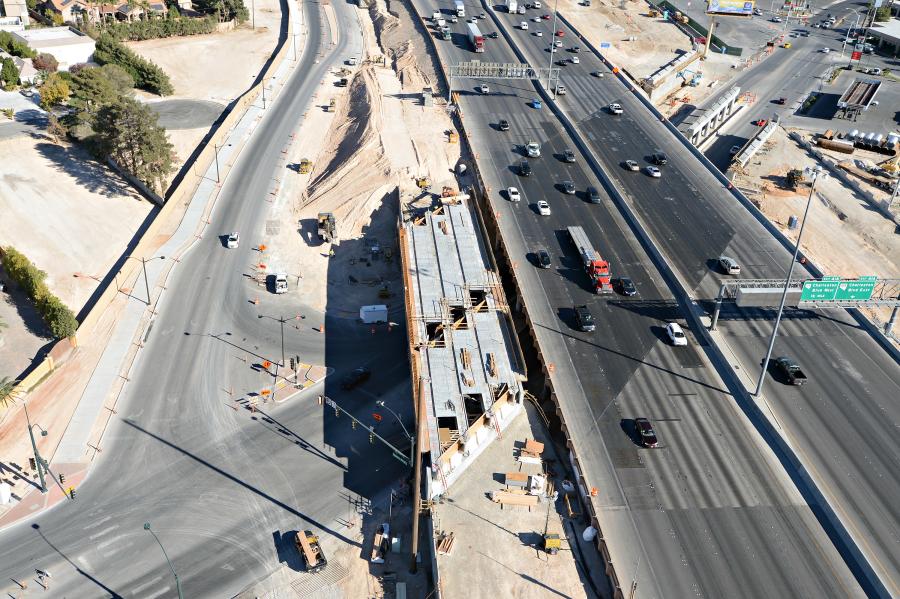 The construction portion of the project was not the only huge undertaking, but likewise the communication involved to keep traffic moving, work on schedule and everyone safe.

"We knew upfront that traffic mitigation would be the biggest challenge," Illia said. "Vegas has grown so lightening fast. Because our economy is all tourists and convention based, any given weekend we have another 340,000 visitors in town. At least 60 percent of those people drive. Last year, we had almost 50 million visitors. That's a lot of people coming to town. It's not just locals.

"The messaging, outreach and coordination was really a big challenge. The way we approached this is we have three major phases of work and we branded them just as a way of messaging. It worked really well. As a result, people braced for the worse and when it turned out to be not so bad, people were pleasantly surprised. This is Vegas, it takes a lot to get people's attention here. The public has been fairly understanding about the traffic impacts. I think partly because they can actually see the work happening before their eyes. Nothing frustrates motorists more than to travel through a cone zone and see no one working." 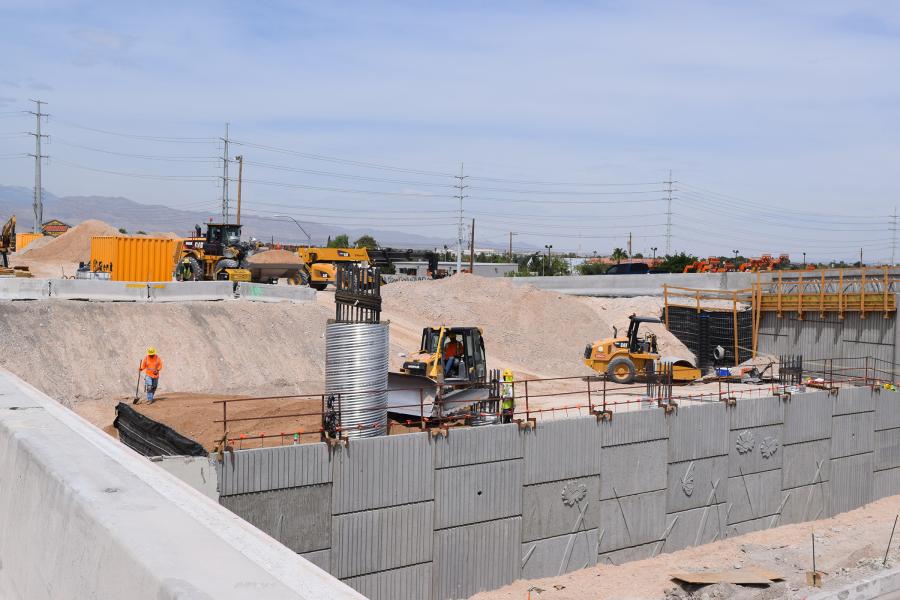 NDOT took a multi-media approach, developing for the first time a downloadable smart app just for the project. They also posted on Twitter, Facebook, LinkedIn and Instagram, and hosted meetings around the city with first responders, business owners and community groups. The state also hired an agency to create 3D interactive videos that take viewers through the job site.

"They've gone over well," Illia said. "My approach from the outset for tackling this was there was never going to be one silver bullet. We were going to have to approach it from different video tools. Social media, press releases, live push notifications. Pretty much, we left no stone unturned.

The project is expected to wrap up with finish work in mid 2019.

Here's an overview of Project Neon: