When complete, the project is expected to result in significant economic benefits throughout the country. 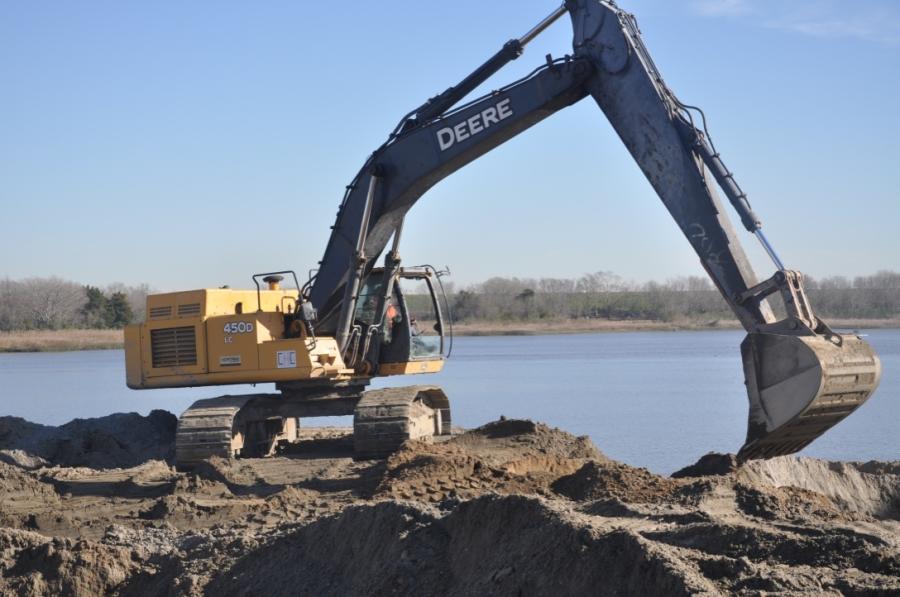 Less than two years into the $973 million project to expand the Savannah Harbor, work is now 60 percent complete.

The project, which got under way in September 2015, extends the harbor from 33 miles out into the Atlantic Ocean to just under 40, deepening it from minus 42 feet to minus 47. The extension will allow super ships sailing through the enlarged Panama Canal to call upon the Port of Savannah.

“Completion of the Savannah Harbor Expansion Project [SHEP] is critically important to the global competitiveness of American shippers and the people they employ,” said Griff Lynch, executive director of the Georgia Ports Authority.

“A deeper river will allow 14,000 twenty-foot equivalent container unit vessels to call the Port of Savannah with greater scheduling flexibility.”

The project consists of 11 major features.

“Two of the features are what we term construction, which means it's deepening the inner harbor and outer harbor,” said Russell Wicke, spokesman of the U.S. Army Corps of Engineers. “That's the two main breadwinners. There are also a couple of bend wideners since these big vessels have to go around sharp turns, a meeting area and the Kings Island turning basin. The other main part are the environmental mitigation projects. Those make up roughly half of the cost.”

The deepening project uses two types of dredges: hopper dredges, used only in the ocean portion, and cutterhead dredges.

“The hopper dredges are doing bulk of the work for the outer channel,” Wicke said. “A hopper dredge is a much larger vessel and uses vacuum technology to suck the sediment from the ocean floor and store on the vessel itself. The dredge goes to an ocean disposal site and dumps the sediment.

“The cutterhead dredges use a long pipe and it has what looks like a giant drill bit that kind of sweeps from side to side. It is much slower. Instead of just moving forward, dragging suction cup behind it, it stays in place and sweeps the drill bit piece from side to side. It has giant pipes that dispose the sediment to a land based area.”

There are roughly six components of the environmental mitigation project. The biggest is the dissolved oxygen injection system, which mitigates what models indicate may be depleted oxygen in the water when the channel is deepened.

“We will build two main facilities, and they will pull oxygen from ambient air, mix it with the Savannah river water and inject back into the river,” Wicke said.

The second large component is a water supply impoundment. The city of Savannah has a water supply intake out of the Abercorn Creek tributary. Models indicate that when three rare conditions — drought flows, very hot temperatures and very high tides — occur at the same time, the chlorides in the water could be higher. The impoundment puts aside two to three days of water for the city's use so the city can stop drawing water from the supply intake and draw it instead from the impoundment.

“There are two sides of the river,” Wicke said. “The Georgia side is developed but the South Carolina side is a fresh water wildlife refuge.

“When we deepen, more saltwater will go up stream, which moves the brackish water line. The flow rerouting diverts more fresh water to South Carolina and allows water coming from tides only to the Georgia side.”

The cost of the project has increased from the original $706 million to the current budget of $973 million. The Corps attributes the increase to escalation involved with extending the timeline to complete the project, a sharp increase in the cost for industrial dredging, incremental funding of contracts and several one-of-a-kind features that have undergone changes as they progressed from conceptual to specific designs.

When complete the project is expected to result in significant economic benefits.

“From farmers across rural America and manufacturers in the Midwest, to the thriving clay, forest products and other industries in Georgia, lowering the cost of delivering our goods to the international marketplace makes Georgia more competitive and opens new markets overseas,” Lynch said.

“Likewise, manufacturers receiving parts or retailers receiving finished goods can ship products to customers and consumers at a better price. American businesses are estimated to save 20 to 40 percent on transportation costs as the SHEP comes online. According to an economic impact study conducted by the U.S. Army Corps of Engineers, the harbor expansion will reduce net shipping costs by an estimated $282 million per year. For every dollar invested, the nation's economy will reap $7.30 in net benefits. Improving on Savannah's world-class efficiency will provide the state an advantage in economic development. Industries are already drawn to the region because of the port. SHEP will only enhance the region's attractiveness to site selectors.”

The project could be completed in as little as five years.

“So far we're making great time,” Wicke said. “If we get optimal funding and we don't have any more delays in awarding contracts and we don't have trouble acquiring the lands we need to acquire, it's possible to complete this project by January 2022.”—CEG