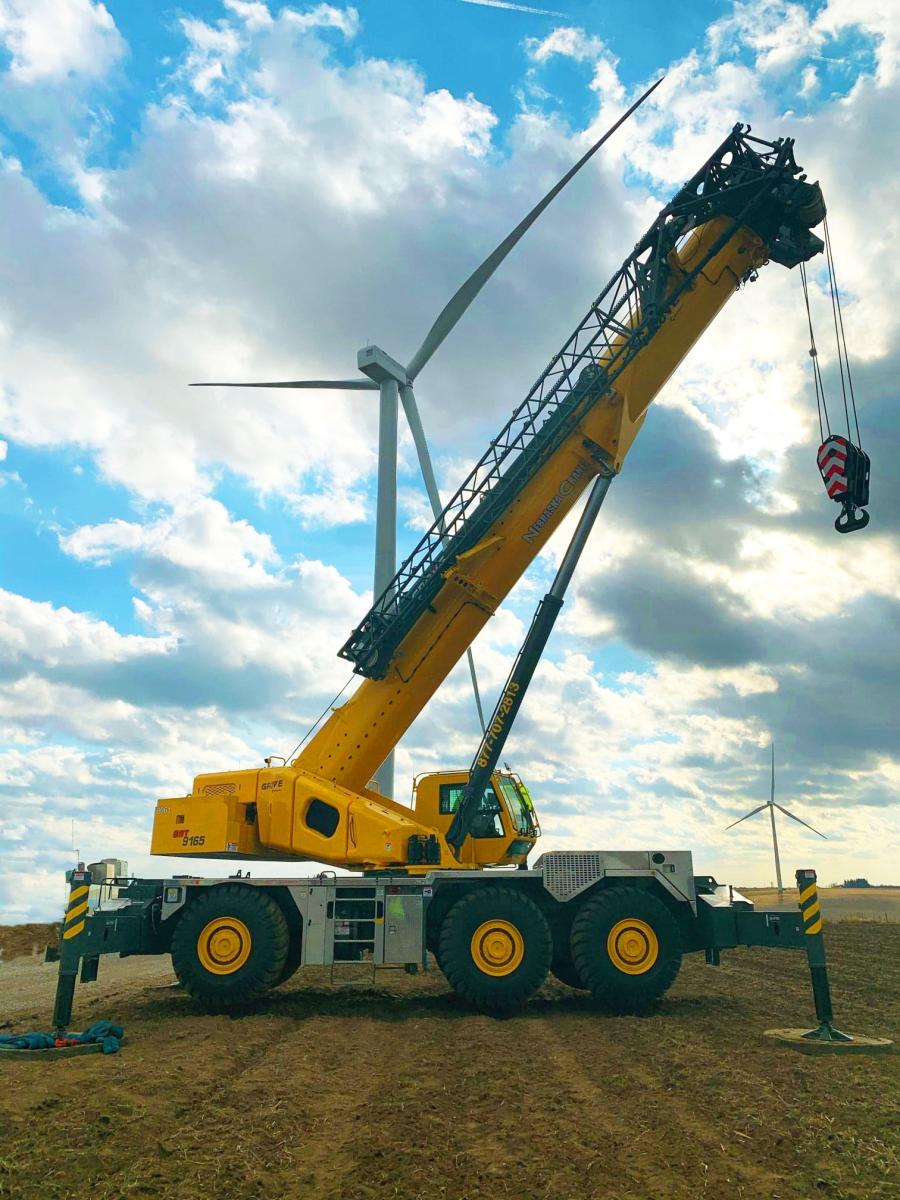 As construction jobs require heavier picks within spaces that get more constrained every day, Nebraska Crane was on the lookout for a strong, high-capacity crane, but compact enough to easily maneuver in all kinds of job sites. A big fan of Grove cranes — 95 percent of its rough-terrain fleet is Grove — the Kearney, Neb.-based rental company decided to purchase Grove's longest-reaching, highest-capacity rough-terrain crane: the GRT9165.

The crane has been working non-stop since its arrival at Nebraska Crane's facility, performing maintenance work on wind turbines in Iowa and, most recently, assisting with the construction of a large parking garage in Nebraska, where it is currently setting precast concrete panels.

"We are very pleased with the performance of our new GRT9165. Being a Grove product, it's exactly what we expected: it's superior to competitor's machines. We expect excellence and they deliver it every time," said Ty Noyes, operations manager at Nebraska Crane.

"Its strong charts and boom length provide fantastic capabilities in the field. This job at the parking garage, for example, would traditionally be done with a small crawler crane. But we were able to do it with the GRT9165 at a lower cost while adding more flexibility to the job site, as we can move this compact rough-terrain crane around where we need it."

It has been designed for easy transport, with a compact overall height of 12.4 ft. (3.8 m). It also has a hydraulically removable counterweight system and outrigger boxes, both of which are fully self-rigging, which eliminates the need for an assist crane during set-up.

The new three-axle carrier with hydro-gas suspension on the rear axles provides the ability to adjust the height for transportation, in addition to providing a comfortable ride.

"Operator comfort is an important factor for us. We really like the new cab design and how simple the crane is to run," Noyes said.

Nebraska Crane's rough-terrain rental fleet is deployed on job sites across the Midwest, and lately it has been largely used in the wind energy sector and commercial construction. As these cranes are often on the road, transportability and low cost of ownership — repair and parts availability — were crucial factors when purchasing the new machine.

"For the GRT9165, we looked at the strength of the charts and boom length, and we also had in mind that Grove's network of dealers does a lot for us out in the field — we rely heavily on them," Noyes said. "At the end of the day, customers want the most capability that they can get at the lowest cost."

"We are thrilled to continue supporting Nebraska Crane's success with the new Grove GRT9165. The only rough-terrain crane of this size in the Nebraska market should give them a major competitive advantage with its outstanding capabilities," said Todd Foster, president of Aspen Equipment.

"I thank Doyle Benson, president of Nebraska Crane, and his team for continuing to trust in Aspen Equipment and Manitowoc to meet their unique business needs". 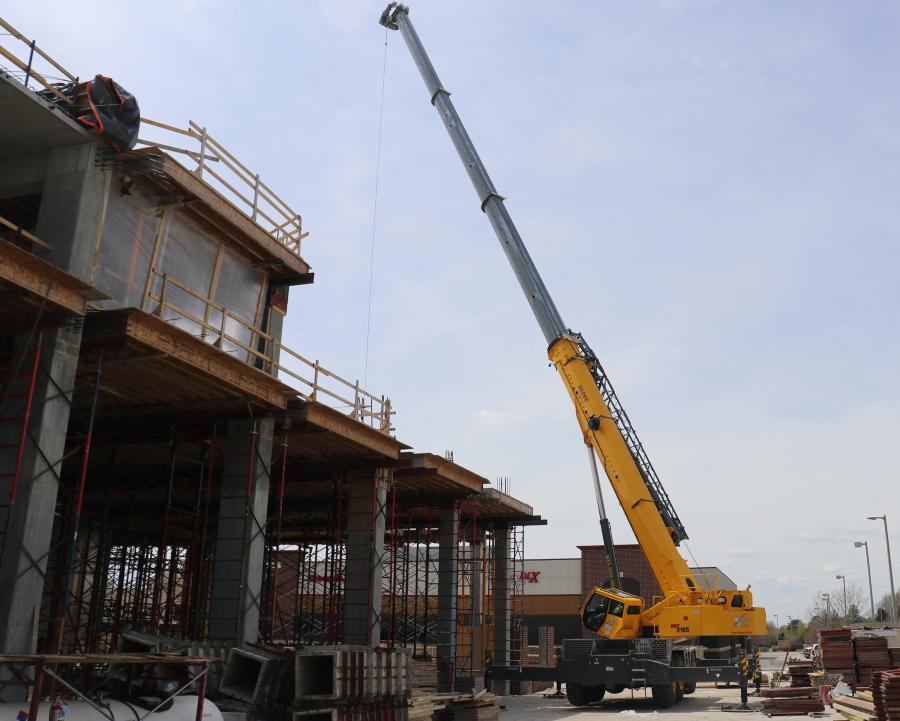 The GRT9165 assists with the construction of a large parking garage in Nebraska.