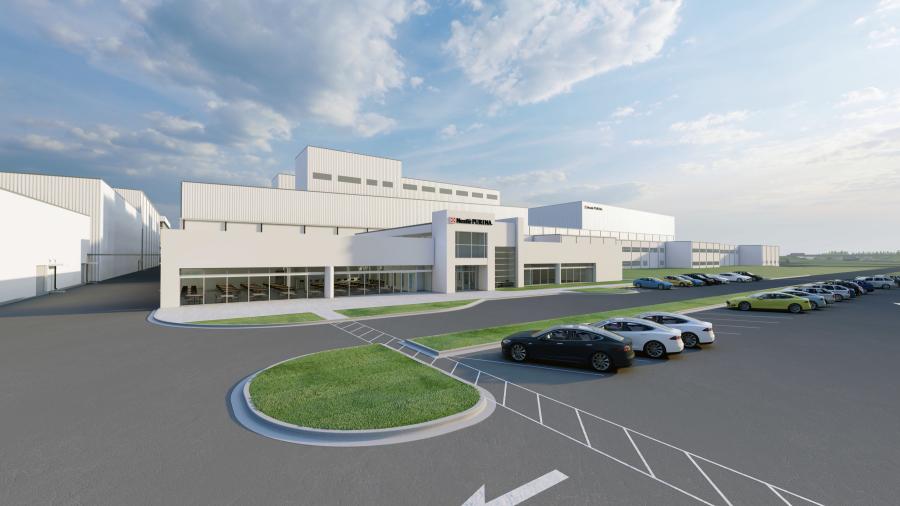 The Williamsburg Township location will join Purina's network of 21 existing manufacturing locations across the United States and be the company's first new factory built from the ground up since 1975. This expansion is part of a broader growth plan for Purina and marks the second new factory Purina has announced in 2020 after the company revealed plans in late September to convert a former brewery into a new pet food factory in Eden, N.C.

"Purina is excited to be building two new factories in the U.S. over the next few years. This growth is a testament to strong consumer demand for our high-quality nutrition that helps pets live longer, healthier lives," said Nina Leigh Krueger, president, Purina. "Our new Ohio factory will build on our more than 90-year history of making science-based dog and cat foods that pet owners trust. We are grateful for the partnership at the state and local levels, and we're excited to call Clermont County home and support this great community for a long time."

"Close collaboration between JobsOhio, its local partners and the Development Services Agency were essential to attracting Purina's newest facility and 300 jobs to Ohio," said Gov. Mike DeWine. "Talented workers in Clermont County will manufacture Purina's most recognizable brands from the plant, which will play a critical role in Purina's global growth strategy."

Preliminary plans call for Purina to invest $550 million to build its new factory in southwest Ohio and produce dry dog and cat food brands, including Purina Pro Plan, Purina ONE and Dog Chow. The 1.2 million-sq.-ft. facility will sit in Williamsburg Township's South Afton Industrial Park. Purina plans to employ more than 300 people at its new factory location by 2024. Many of these jobs will include professional staff, production operators, technical staff and engineers.

Construction will begin this fall, and the factory is expected to be operational in 2023.

"Clermont County is an excellent location for Purina's newest factory due to the region's distribution opportunities, a workforce with great potential and strong community values," said Nolan Terry, vice president, manufacturing, Purina. "We have a unique opportunity to bring all of our best technical and innovative manufacturing thinking under one roof as we construct this facility from the ground up."

Purina received proposals from state and local agencies, including Williamsburg Schools, Williamsburg Township and the Port Authority, with support from Clermont County Commissioners.