Gov. Brian Sandoval says the state needs more time to decide whether to end its long-held opposition to having an abandoned Nevada mine listed among the nation’s most contaminated sites. 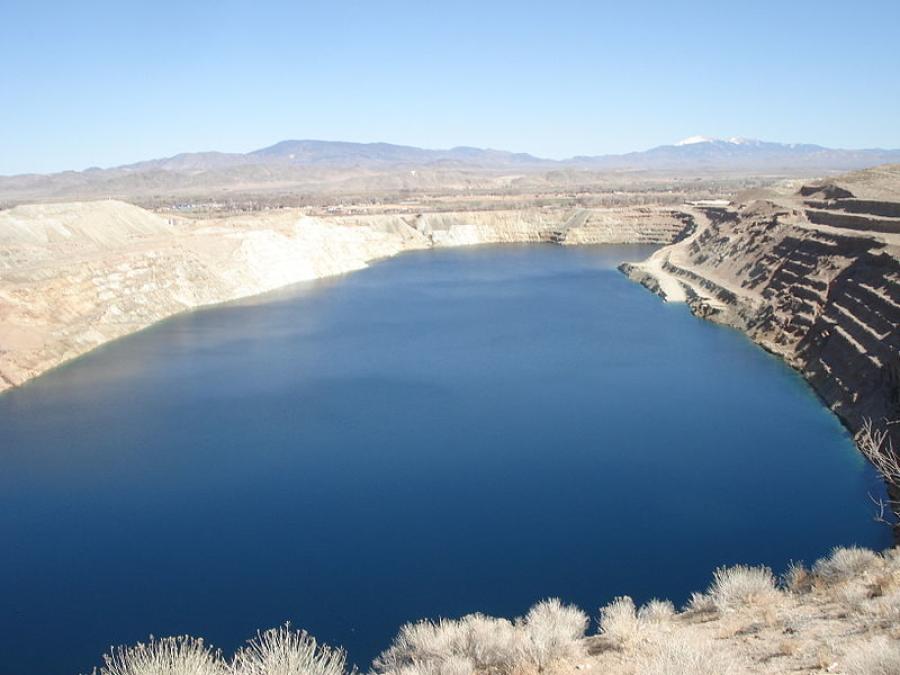 RENO, Nev. (AP) Facing a deadline set by federal regulators, Gov. Brian Sandoval said the state needs more time to decide whether to end its long-held opposition to having an abandoned Nevada mine listed among the nation's most contaminated sites.

The World War-II era mine is already a federal Superfund site, a designation that brought federal help with containing the pollution and pinpointing its source. Adding the site to the priority list would make it eligible for federal money to pay for 90 percent of the tens of millions of dollars needed to start cleanup.

But critics fear the listing would give Yerington and surrounding ranches a black eye.

In a letter to the EPA, Sandoval said he is not yet convinced such a listing is in the state's best interest given continued opposition from local residents. They fear an adverse impact on property values and uncertainty over future availability of EPA funds.

“We continue to view NPL listing as an option of last resort,” the governor wrote. “I am assured by the Nevada Division of Environmental Protection that there are no imminent health concerns at the site that require immediate action.”

Sandoval said there's no reason any rule-making can't wait until September. He said he'll provide his formal position on the matter at the end of April, while the state continues to examine its options.

The mine covers 6 sq. mi. (9.64 sq km) of land owned partly by the U.S. Bureau of Land Management. Atlantic Richfield acquired the property in 1977 from Anaconda Copper, which built the mine in 1941.

Fueled by demand after WWII, Anaconda produced 1.7 billion lbs. (771 million kg) of copper from 1952 to 1978 at the mine in the Mason Valley, an irrigated agricultural oasis in the area's otherwise largely barren high desert.

The site's most recent owner, Arimetco, abandoned it in 2000.

In 2013, the mine's rural neighbors won a $19.5 million settlement from companies they accused of covering up the contamination of drinking water wells. EPA tests showed rural wells were tainted by uranium and other toxic chemicals that leaked from the mine for decades.

EPA regional administrator Jared Blumenfeld last month told Sandoval he needed to know by Jan. 29 whether the state has an alternative cleanup proposal. He said the agency is running out of time to get funding proposals in the pipeline and head off concern about the risk of hazardous chemicals escaping from the aging site in the next few years.

Blumenfeld said the most immediate threat is the estimated 90 million gallons of acidic solution that Arimetco left in the heap leach and fluid management system.

“The reason for urgency is that funding needs to be in place well before the current pond capacity is exceeded,” Blumenfeld wrote in a Dec. 22 letter. He said the situation demands constant management to avoid further leakage from the storage ponds, or an overflow.

“The consequence of either could result in significant additional threat to the Mason Valley Groundwater Basin,” he said.

Construction on a remedy needs to start by summer 2019, he added

The state projected last year it would cost $30.4 million to address the most pressing concerns at the mine.

Sandoval acknowledged the need for a permanent closure of the Arimetco heaps.

“But not the dire nature of the situation and urgency conveyed in your letter,” he wrote to the EPA. “I have been advised that there is no critical reason to propose listing of the site in March, as you recommend, versus September 2016.”