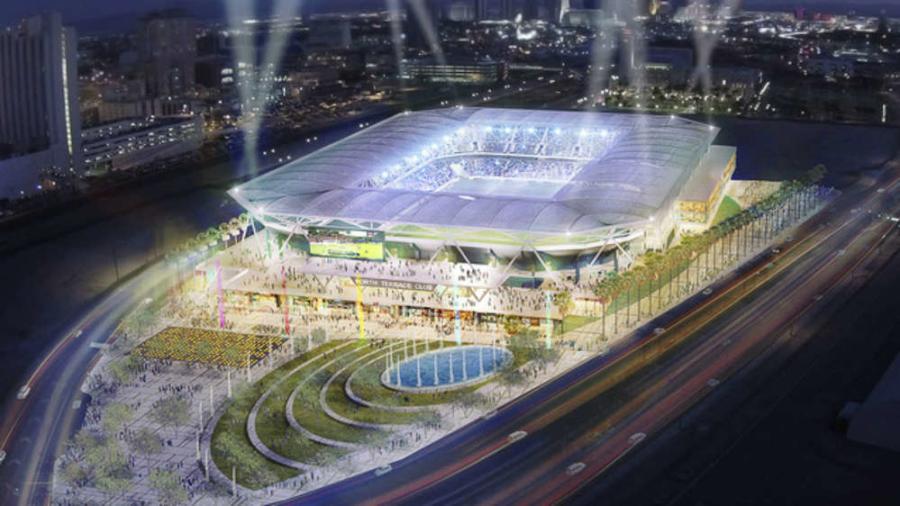 The deal faced headwinds in the Nevada legislature, but it cleared that hurdle with persuasion from workers in the Laborers' Union, who are eager for some of the 25,000 construction jobs expected to come from the stadium and convention center.

LAS VEGAS (AP) Nevada's governor signed a bill Oct. 17 clearing the way for a Las Vegas stadium that could be home to the Raiders, although NFL owners still need to approve the team's move from Oakland before Sin City becomes a football town.

Nevada lawmakers narrowly approved a deal in a special session that increases hotel taxes in the Las Vegas area to raise $750 million for a stadium and more than $400 million to expand and upgrade the Las Vegas Convention Center. In raw dollars, it's the largest public contribution ever toward an NFL stadium, although the public's share of the total costs — 39 percent — is on par with stadiums in other similarly sized cities.

Billionaire casino mogul Sheldon Adelson is putting $650 million toward the project, while the Raiders and the NFL will kick in $500 million. Critics called the deal a “total scam,” saying it prioritizes the legacy project of one of the world's richest men over Nevada's school and mental health needs.

Any relocation needs approval from three-fourths of NFL team owners — a historically conservative bunch that has shied away from Las Vegas because of its legal sports betting. Davis said he won't guess whether enough owners will jump on board.

Davis denied speculation that supporting the Las Vegas plan was a way to force Oakland, which also is trying to keep the team, to build a new stadium. He emphasized that he prefers to move his team to Las Vegas over Southern California, which also is an option.

“I made a commitment to the governor of Nevada,” he said after the ceremony. “I've never used another city as leverage.”

Beyond the Raiders, a stadium close to the Las Vegas strip would be a boon for UNLV, which plays at a field seven miles from campus. UNLV has been trying to break out from its reputation as a commuter school and elevate its academic and sports programs.

“We're entering into a renaissance here for the university, and you could definitely feel that here today,” UNLV President Len Jessup said.

The deal faced headwinds in the Nevada legislature, but it cleared that hurdle with persuasion from workers in the Laborers' Union, who are eager for some of the 25,000 construction jobs expected to come from the stadium and convention center. The construction industry tanked during the recession and hasn't fully rebounded.

“It means the world for our families,” said union organizer Kenneth McLin, who wore a hard hat and fluorescent shirt to the ceremony. “The stadium is going to be the hero for everybody.”