New $242M Headquarters for Urban League Being Built in Harlem 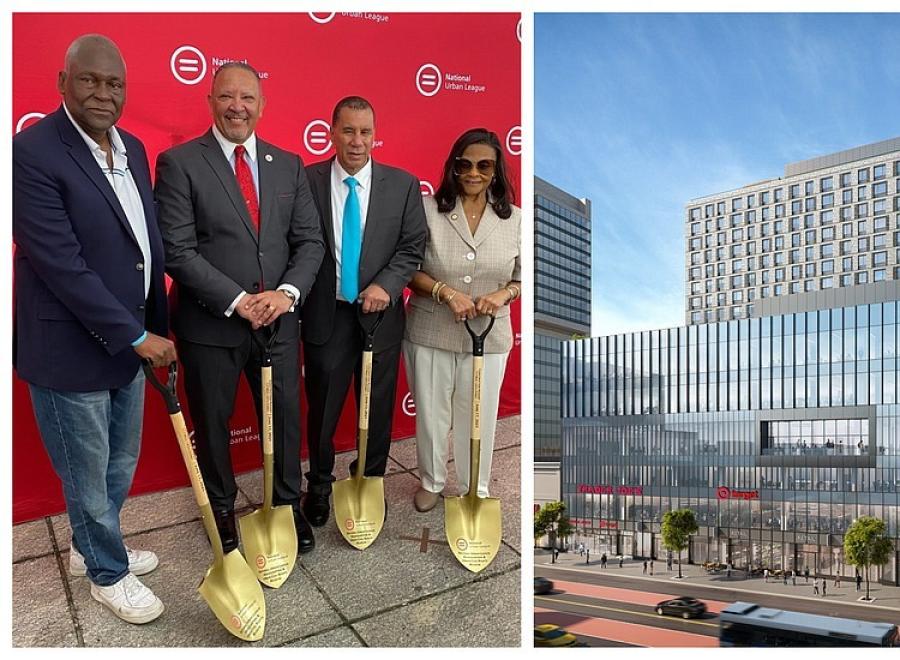 The civil rights organization's leadership and local officials were on hand to kick off the building project, located on 125th Street, that will not only house the NUL's national headquarters, but also the Urban Civil Rights Museum Experience and the NUL Institute for Race, Equity and Justice. In addition, offices for community groups including One Hundred Black Men of New York, the United Negro College Fund New York, and Jazzmobile Inc., also will be located within the new facility.

New York Amsterdam News, or AmNews, reported that retail space also will be established there, including Target and Trader Joe's, along with 170 units of affordable housing.

Construction on the National Urban League Empowerment Center is scheduled to be completed by January 2025.

The NUL's current base of operations is in lower Manhattan but is facing the end of its lease there.

NUL President and CEO Marc Morial told AmNews that the organization received offers from other cities to relocate its headquarters.

"We began to evaluate the best option for us," he remarked to the news outlet. "We made a decision that if we were going to stay in New York, we had to own our own space and we had to do something that was spectacular and innovative."

The Harlem building site, located on Malcolm X Boulevard, was owned by the city and state, both of which asked for proposals that NUL responded to. After the organization won the space in 2012, it has spent the last nine years been preparing to begin construction on the new NUL building.

"This project is the most significant project built in Harlem in 50 years," Morial said. "It will be Black-owned. We are not a tenant. We wanted to demonstrate to people that you could do a project with African American professionals and African American ownership."

The NUL was founded in Harlem in 1910 in response to the Great Migrations that brought millions of African Americans from the rural South to the industrial North.

Those working on the project include Black developer Meredith Marshall, co-founder and managing partner of BRP Companies, and African American financial advisor Margaret Anadu, who serves as Global Head of Sustainability and Impact of Goldman Sachs Asset Management.

The architect for the NUL project is The Switzer Group, headed by Lou Switzer, and is a Black-owned firm. The effort's legal arm is led by Black attorney Charles J. Hamilton Jr., senior counsel at Windels Marx.

Morial told AmNews that jobs will be created from the retailers that open in the NUL-owned space. He also pointed to Target's initiative to increase the number of Black suppliers from whom it purchases merchandise. Jobs also will come from the civil rights museum, which Morial believes will attract tens of thousands of visitors.

There is a goal to have the construction workforce of the project to be 35 percent Black, though Morial said that that is a goal he wants to exceed.

"With the National Urban League coming and bringing their national headquarters in and joining us, Harlem again becomes the epicenter for civil rights in the United States of America," Sharpton said.

Dickens said NUL's arrival to Harlem is welcomed after the neighborhood struggled with health, housing, employment, and economic issues during the COVID-19 pandemic. She committed to fighting in the state legislature for the organization.

De Blasio told AmNews that Morial approached him about the project years ago and he was eager to offer his assistance.

"Economic empowerment is what matters if we are going to change the lives of people in this community and all around the country and that's what the Urban League stands for," de Blasio remarked to the news outlet.