The Albany Convention Center will open in March of 2017. 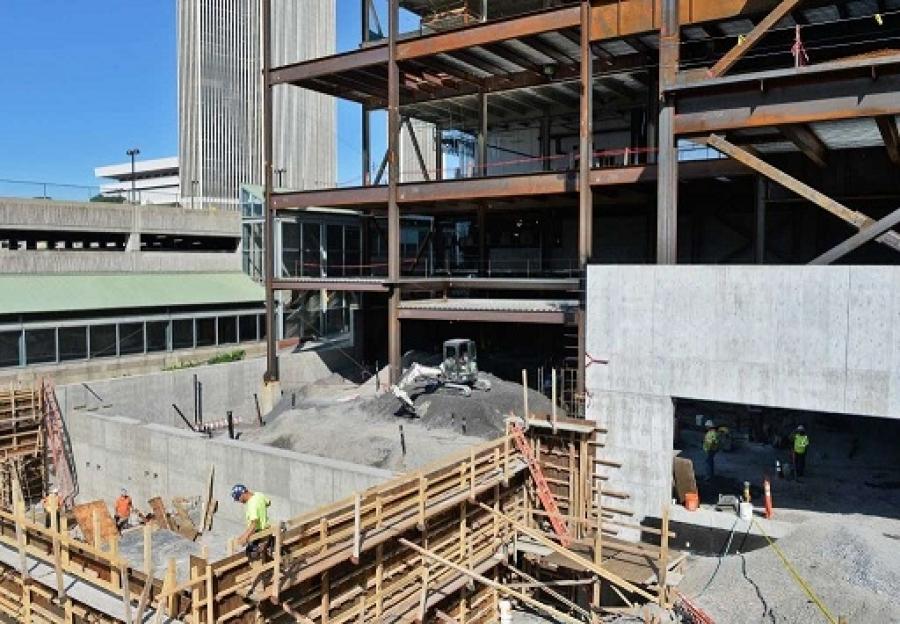 A new convention center in downtown Albany, N.Y., has been a dream of this capital city for more than a decade. In 2013, Gov. Andrew M. Cuomo announced that dream was going to be a reality. True to his word, the doors to the Albany Capital Center will open in March.

A new convention center in downtown Albany, N.Y., has been a dream of this capital city for more than a decade. In 2013, Gov. Andrew M. Cuomo announced that dream was going to be a reality. True to his word, the doors to the Albany Capital Center will open in March.

“The vision for this center has been years in the making,” said Cuomo. “The Albany Capital Center will serve as a vital link between downtown Albany, the DeWitt Clinton Hotel, the Times Union Center and the Empire State Plaza. This project, which required no new state money, will generate $160 million in investment and create hundreds of new and much-needed jobs to revitalize downtown. When it's completed, the Center will help transform the Capital Region into a top destination for major events and conferences, attracting visitors and growing the local economy.”

After a public bidding process, the state entered into three contracts with New York State firms for site excavation and the construction of piles, concrete foundations and structural steel portions of the Albany Capital Center project.

The $17.5 million in contracts amounted to 35 percent of the total project cost and is within the project budget. The project is benefiting from an aggressive bidding process. Using multiple contracts provides greater possibilities to engage more local firms and the local workforce. The Albany Capital Center will employ, on average, nearly 150 skilled craftsmen representing some 14 construction trades, over a two-year period.

The total cost of the project will be $66.5 million with no additional state subsidizing needed. The Center is projected to make $2.1 million in annual stabilized revenue and $900,000 in annual fiscal benefits.

The enacted state budget provided the remaining funds against the original $75 million state appropriation not already used to support the development of the Convention Center. With the nearly $63 million remaining, Cuomo challenged the Albany Convention Center Authority and the local government stakeholders to come up with a plan that included:

• No additional state dollars would be appropriated. This will be the last opportunity for development.

• Advance a scaled back, right-sized alternative plan that will achieve the same statutory goals.

• The leadership of the city, county and Convention Center Authority must support the alternative.

• Provide for a physical and program link between the Empire State Plaza Convention Center, the Times Union Center and the alternative convention center facility to maximize synergy and create financial and management efficiencies.

In addition, the land accumulated by the Authority for the first proposed location would be conveyed to the Office of General Services (OGS) and be made available for appropriate development through a Request for Proposal (RFP). It would be managed by OGS and Empire State Development, with the goals of expanding the local commercial tax base and the creation of jobs and opportunities.

The ceilings were specifically designed to be able to hold NCAA events so teams from gymnastics to basketball can have practice spaces near the spot where their event or game is held.

Although construction began last year, the first-ever planning meeting on the project was 18 years ago. The massive construction project hasn't been easy and its had its share of unexpected challenges.

According to Gavin Donohue, the chairman of the Albany Convention Center Authority, “We actually found an old jail cell… those things slowed us down. We had a lot of concrete underground that we didn't know existed so those are obstacles in a project this size that we've had to deal with.”—CEG