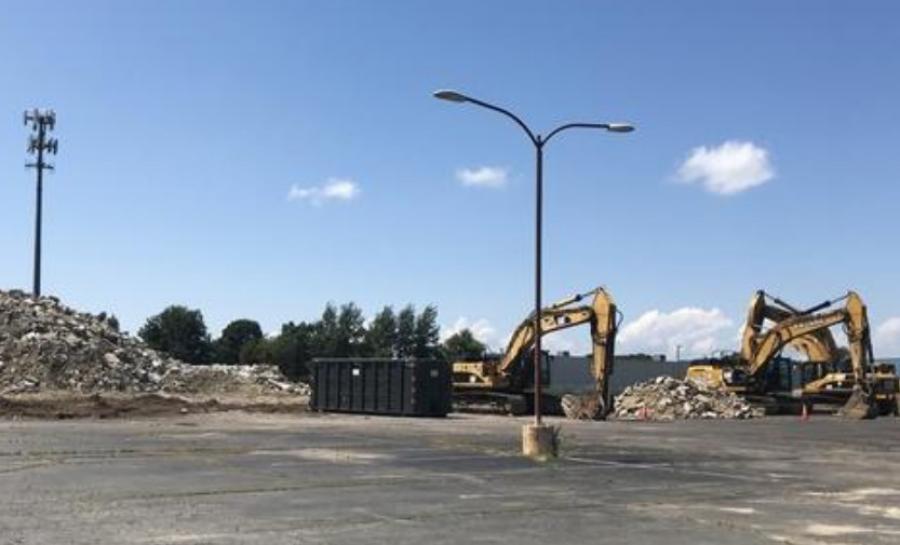 Once home to the nation's largest supplier of cord and invisible tape for custom window coverings, the building was torn down and its four-acre parcel will become the site of the new Church Street train station, according to the Massachusetts Department of Transportation (MassDOT).

The Phase 1 station and main line construction is part of the $8 billion project that will extend commuter rail lines from Boston to New Bedford and Fall River.

The new station will be called the North New Bedford station, according to plans from the Massachusetts Bay Transportation Authority (MBTA).

The station was originally set to be built near the old Flagship Theater property on King's Highway but was derailed and relocated to Church Street last year. Existing development along Church Street is industrial on the side with the railroad tracks and residential on the other.

According to an Aug. 3 construction update from the MBTA, seven other locations in New Bedford, Fall River, Taunton, Freetown, Berkley and Middleboro have structures set to be demolished for the South Coast Rail extension.

Two more buildings in Fall River and in Berkley are anticipated for demolition.

The South Coast Rail project is designed to restore commuter rail service between Boston and southeastern Massachusetts. Taunton, Fall River and New Bedford are the only major cities within 50 mi. of Boston that do not currently have commuter rail access to the state's capital city.

The first phase of the commuter rail project will provide a one-seat ride by:

The benefits of Phase 1 are that the work:

Phase 1 is expected to be completed in late 2023, according to the MBTA.