New Bridges Part of $3B I-94 MDOT Project 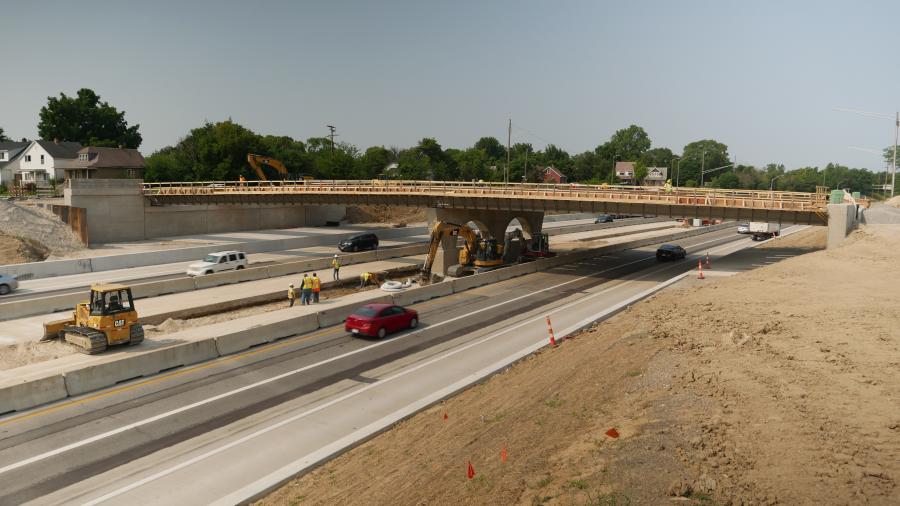 This summer three bridges are being replaced over I-94 and the work on two of them — the Concord Street and French Road — are being reconstructed by Dan’s Excavating Inc. (MDOT photo)

As part of its $3 billion I-94 Modernization Project, the Michigan Department of Transportation (MDOT) is demolishing and reconstructing 14 bridges in Detroit in advance of the main work via the Advanced Bridges program between 2019 and 2022 to help minimize the traffic impact of the construction on local residents and businesses when the main project gets underway.

"The I-94 Modernization Project is undergoing changes to the original design to ensure that the project merges expectations of stakeholders, with safety requirements of the Federal Highway Administration," stated the project web page. 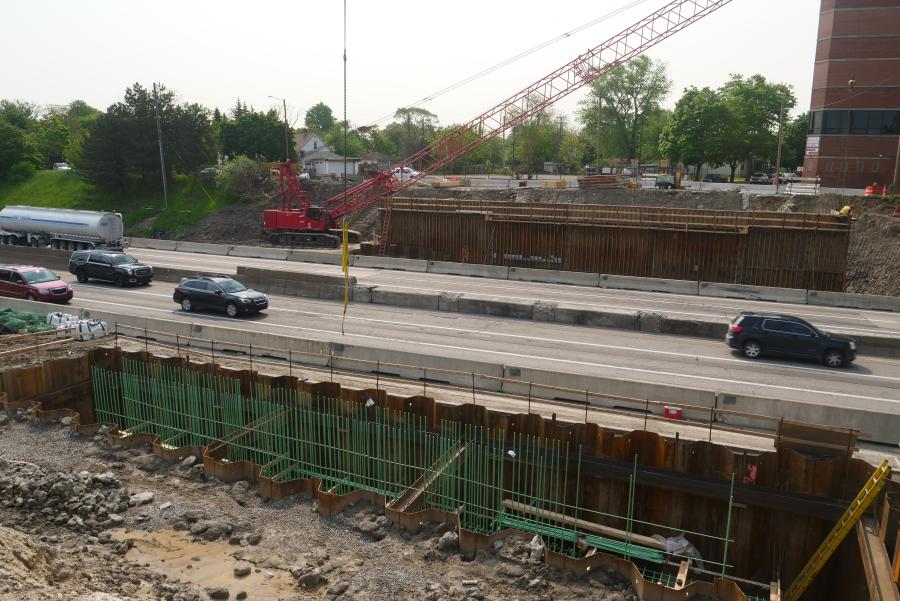 The Advanced Bridges program is expected to cost more than $200 million.

This year, three bridges are being replaced over I-94. On two of them — the Concord Street and French Road — Dan's Excavating Inc. is responsible for the reconstruction.

The work on the $17.6 million contract began in March 2019 and both bridges will be delivered in November.

"These bridges were built in the 1950s as part of the original I-94 construction project," said Rob Morosi, MDOT Communications. "They have served the motoring public well for many years but are now at the end of their lifespan."

The project sponsors are the FHWA, MDOT, and the city of Detroit, with no cost to the city of Detroit. MDOT is responsible for management and oversight of the project, and is overseeing all project activities from the preliminary engineering and environmental phases through final construction.

Due to the phases and complexities of the project, MDOT has hired HNTB as the Owner's Representative, to serve as an extension of the senior project manager — Terry Stepanski, and to assist with project design, management, cost, schedule and quality. 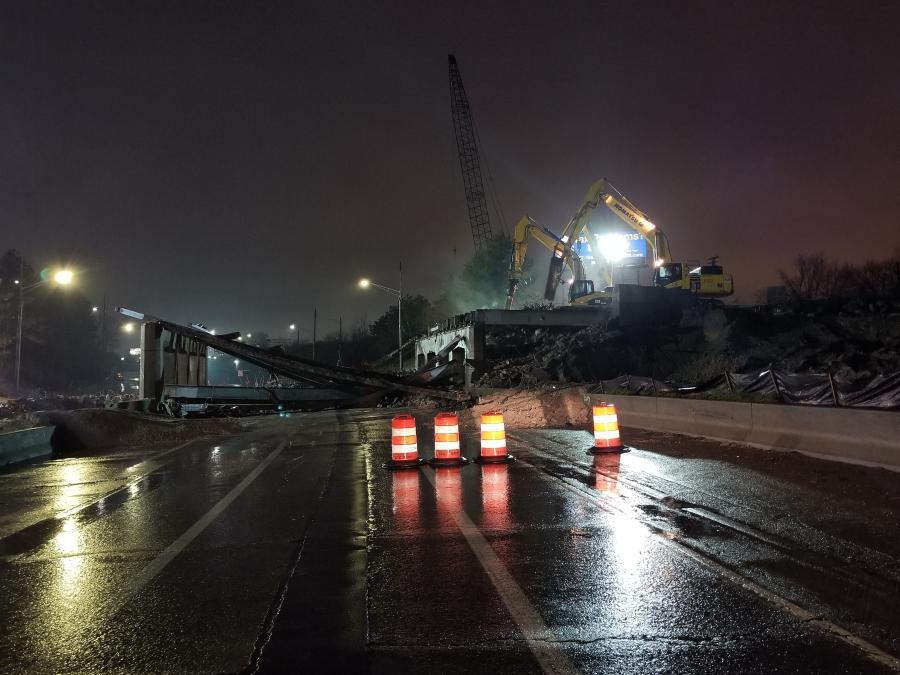 "There will be a lot of work taking place on bridges over I-94," said Stepanski. "Then following the completion of the Advanced Bridges in 2023, MDOT will be ready to begin reconstruction of I-94 starting at the east end working westerly. The current construction completion date is 2037, however if additional funding becomes available MDOT will be prepared to expedite the project."

For the Concord bridge, the following elements have been completed — water main, electrical, center pier, south abutment and set half the concrete beams on the south span and for the French bridge, the following elements are complete — all underground utilities, steel piling, both abutments and center piers and set all the concrete beams in place.

The bridges are 2 mi. apart, with each job site having its own crew and equipment.

"The biggest challenge is probably coordinating traffic lane closures between all the contractors working on the I-94 corridor," said Dennis Rozanski, Dan's Excavating's project manager and a company vice president, who noted that the crews do not have a decent amount of work space. "When we brought our bridge beams in, we had to do so two or three days early so we could store them on the service drive. It's pretty much a day job. We chose to do the demolition of the bridges at night and through a weekend, and we'll pour our bridge decks at night. We used a false decking during the demolition and are using it now for the reconstruction."

Both bridges were demolished on the weekend of March 30 and 31, and are being rebuilt on the same location. For the demolition, the freeway was closed to traffic. 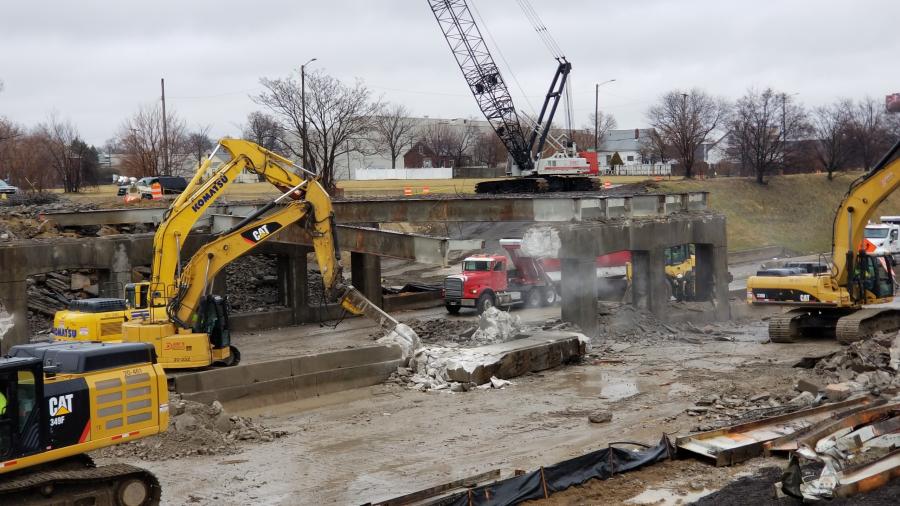 "We started on one end and just worked our way across," said Rozanski.

"The biggest challenge we've had has been the amount of H-piles that had to be driven for the abutments and center piers," said Rozanski. "The piles were more than 100 feet long."

The deck pours should take two days to complete per bridge after completion of forming which is typically 2 weeks after beams are set, with concrete needing about seven days to cure.

The concrete bridge beams, which had three-month lead times, were prefabricated by Mack Industries and Peninsula Precast.

Peak days have around 40 construction workers on site. The major subcontractors include GM & Sons Inc. for concrete pouring; Action Traffic for fencing; Blackswamp for resteel; Cadillac Asphalt for asphalt paving; G2 consultants for vibration monitoring and testing; Highway Services for permanent signing; and PK Contracting for striping. The concrete is being supplied by McCoig Materials LLC.

The demolition of both bridges yielded a large amount of concrete and steel.

"We sent the pavement material to a crushing location for recycling," said Rozanski. 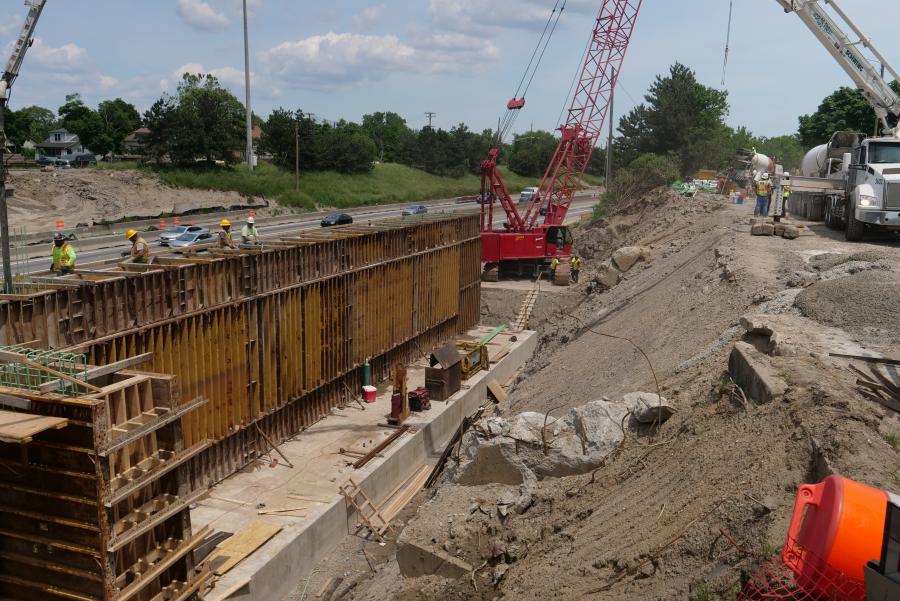 New materials being brought are still being tabulated.

The general contractor, equipment-wise, is using: cranes, dozers, excavators, loaders, pavers and other standard equipment. Much of the equipment being used is manufactured by Caterpillar and Komatsu.

"Changing buckets, normal oil changes, and grease times have been the main equipment issues," said Rozanski. "Mechanics are sent to the work sites when needed, except for the demolitions, when they were on site for the entire time and where they will be for the deck pours. We do our own normal repairs, but if it's catastrophic, we'll do it through the warranty."

Rozanski, who has been with Dan's Excavating for 19 years, has overseen many projects.

"The bridges we demolished were built via standard construction methods with H-pile and full cast-in-place walls," he said, pointing out that they were well built. CEG