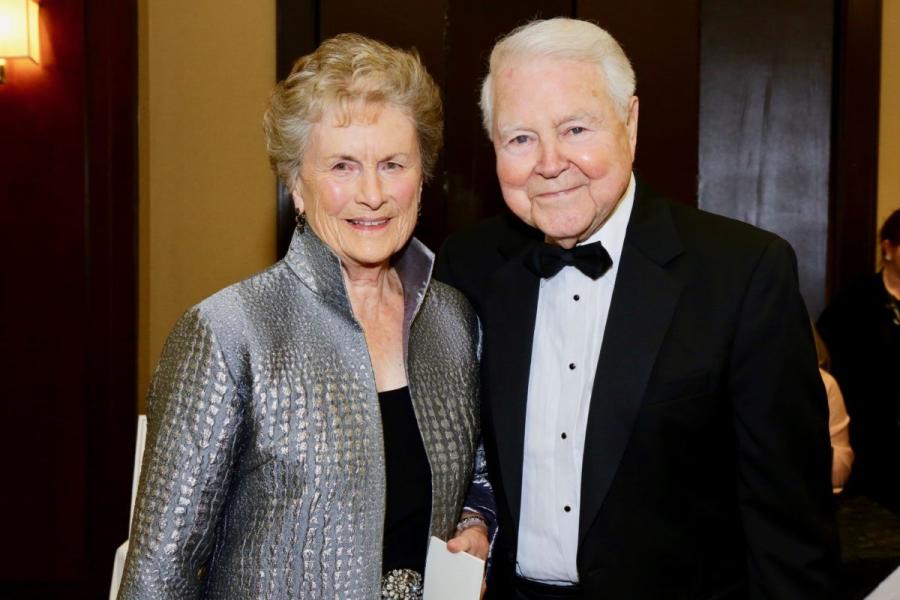 Carol Bauer described Norwalk Hospital in Connecticut as "the health care monument on the hill," and with a $20 million donation from her and her husband George, the facility is about to see a monumental expansion.

The seven-story pavilion is slated to be built on the southeast corner of the hospital campus, and will replace the Community Pavilion, constructed in 1953, and the Tracey Pavilion, built in 1918.

The Hour, Norwalk's daily news source, reported that when construction on the hospital is complete, the Patient Pavilion will be the centerpiece of the hospital's "Building Our Future. Together. The Campaign for Norwalk Hospital," a $250 million investment over the next five years by Nuvance Health, the facility's owner.

"It positions us well for the future. It's such a great reflection of the Bauers' longstanding commitment to the community," said John Murphy, president and CEO of Nuvance Health, at a May 11 event to announce the donation. "I also think it will serve as a catalyst to a lot of other donors in the community to come forward and commit to the hospital's bright future."

Carol Bauer echoed Murphy's sentiments, and hopes the announcement will be a kickoff for the community to take part in the campaign.

Patient Pavilion to Be a 21st Century Facility

The campaign also will support renovations throughout the hospital and its outpatient facilities, and a deeper investment in staffing and community-based health care programs, according to Nuvance Health.

George Bauer noted that some of the buildings date back to the 1920s and "really are in bad need of repair."

"It's often times better to replace than repair and that's what we're doing," he said of the hospital's initiative to re-balance its inpatient and outpatient services across the facility.

Nuvance Health noted that in past years, the Bauers helped fund the Jeffrey Peter Bauer Newborn Intensive Care Unit in memory of their infant son, as well as the Bauer Emergency Care Center, and the Carol Bauer Nursing Scholarship.

Bauers Have Long Association With Hospital

The Hour reported that Carol Bauer also served on the hospital's board of trustees for 19 years and was the first woman elected as board chair. In addition, she has volunteered at Norwalk Hospital for over 40 years and is a certified chaplain.

"We are forever grateful to Carol and George Bauer, who have dedicated their lives to serving others. They continuously take action to ensure their neighbors have access to the best possible health and wellness services," Peter R. Cordeau, president of Norwalk Hospital, said in a statement.

"We are honored to stand on the shoulders of past Norwalk Hospital benefactors in making this gift," the Bauers said in a statement. "Like them, we have devoted ourselves to the health of the Norwalk community. We are delighted that the enhanced services provided by the Patient Pavilion will ensure outstanding, compassionate, family-centered care is available to everyone right here in Norwalk."