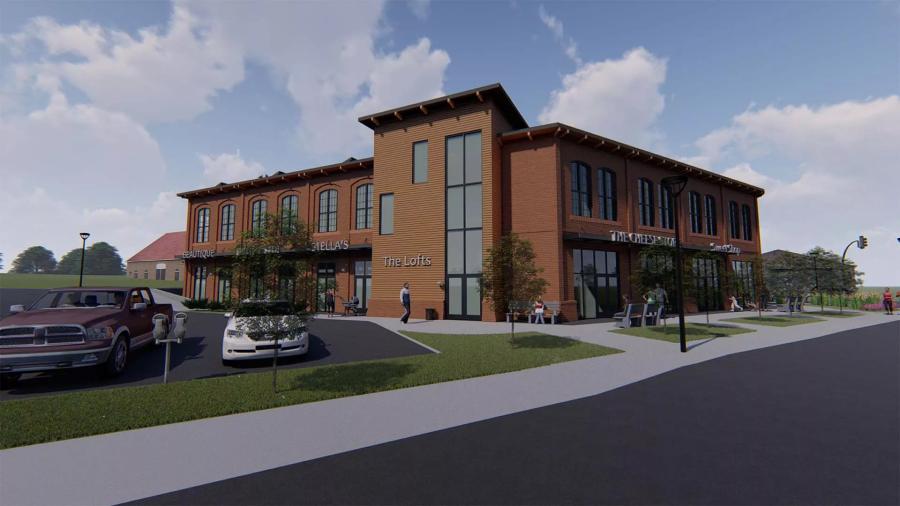 For the first time in a half-century, a new construction project will take shape in Greenville, S.C.,'s historic City View community, west of the downtown.

Upstate Business Journal reported Feb. 3 that the project, named "City View Corners," will get under way at the corner of East Parker Road and Woodside Avenue by the early spring and be finished by the end of 2022.

Greenville Revitalization Corporation (GRC) is developing the project at an expected cost of about $3 million.

The new 17,000-sq.-ft., two-story mixed-use building will feature 11 affordable housing apartments. Each is a one-bedroom unit averaging more than 800 sq. ft., and there will be one handicap accessible unit for lease.

The apartments will be managed by the Greenville County Redevelopment Authority with monthly rents ranging from $800 to $900 range.

In addition, the first floor will be a mix of retail and office space, including a bodega.

Project Connects Greenville's Past with Its Present

"[The project] is going to be transformational for that part of the county," he said to the business publication.

Dent explained that City View Corners is just the latest effort to recognize and honor the Upstate's textile history. GRC also was behind developing the nearby Monaghan Textile Heritage Park where six acres of green space features a kid-friendly park and monuments commemorating the legacy of the 13 mill operations that once made the area a busy hub of global textile manufacturing output.

The architecture of City View Corners, he added, will honor that heritage but also provide a new community asset equally aimed at ensuring a brighter future.

"We're trying to keep the character of the area," Dent said.

City View Corners will be built at the center of a corridor that in decades past was the commercial heart of the community, he noted. Hopes are this project will form the nucleus of a new business revitalization for the area.

One of the most important considerations in looking for tenants for the retail and office space at City View Corners is whether they can provide needed goods and services not currently available in the area, said Rakan Draz with Avison Young, a global real estate firm, with a Greenville office.

The company will be handling City View Corners' commercial leasing.

"The aim for this project is to not only be a catalyst for the revitalization of the textile crescent but to bring back services to this area," he told Upstate Business Journal. "We want to make sure we have the right services for what the area needs."

Ashley Moore, whose Fringe Salon is scheduled to be one of the building's new retail tenants, said to Upstate Business Journal that she is excited about not only moving into a location that offers more space but in being part of a project that aligns with her values of sustainability and community building.

"I think it'll be interesting to be in an area that will be growing so much," Moore explained. "Greenville has good history and I think it will be cool to connect with that."

She noted she also is mindful of the balance needed in bringing new growth to an area with such a strong community identity. While continuing to serve her existing clients is important, Moore also aims to serve the people that live around her new location.

An Oasis in a Food Desert

The other commercial tenant signed so far is Daisy's Bodega, and Draz explained that that enterprise also will play an important role in meeting the needs of downtown Greenville's residents.

With the closest grocery store being more than 5 mi. away from City View, the community is considered a food desert.

Although meeting the food needs of the community is important, Daisy's Bodega founder David Hawkins believes that connecting with the downtown Greenville community and its history has personal significance.

His grandfather ran City View Restaurant for years and took pride in feeding the industrious souls who called the area home. Hawkins said bringing his hyper-local bodega to the project is a way to reconnect with his family's legacy.

"It feels so much more than me and my business," he explained. "To me it's a responsibility."