Headquartered in Archdale, N.C., Ace/Avant Concrete Construction Company Inc. has been in the concrete business for more than 25 years. 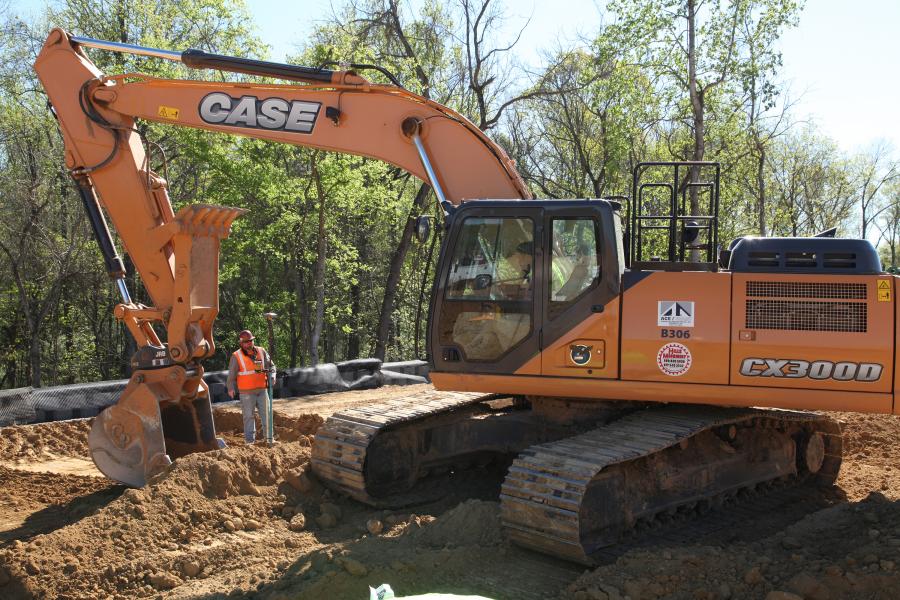 Headquartered in Archdale, N.C., Ace/Avant Concrete Construction Company Inc. has been in the concrete business for more than 25 years. What began as a small enterprise pouring concrete slabs and footings has now grown into a large and successful company with more than 250 skilled employees, offering its clients a complete range of site work and concrete construction services.

The company has constructed more than 280 million sq. ft. (26 million sq m) of industrial floors and tilt-up wall panels in more than 20 states since 1990.

“We have over 10 divisions handling all types of concrete work for both commercial and private construction projects,” said Steven Perkins, operations manager, site and utilities division of Ace/Avant.

“Our grading and utilities division currently stays in the Virginia, North Carolina, South Carolina region, but company-wide, we've expanded into the whole Southeast.”

Over the years, Ace/Avant has proven that it is driven to provide quality work.

“We stand behind our work. We are very timely in our work and getting it done. We meet schedules,” said Perkins. “We have shown the contractors in our region that if they have a tough project with tight timelines, we're going to get it done and get them turned over ahead of time. In this market, getting their building pad ahead of schedule is really impressive to them. That is something we've always pushed hard to do.

“That's our selling point. We hit the job running and always try and give them their building pads early, ahead of their schedules, which lets them start footings early.”

The company is currently on a 70-acre site in North Carolina that, upon completion, will be the new home of a one million sq. ft. (92,903 sq m) facility.

“Ace/Avant has the entire site package up to stone sub-grade,” said Perkins. “We are handling all the utilities running into the site, including the sewer, water, storm drainage, erosion control —total site package. Also, we have all the concrete footings and slabs and exterior concrete on this particular project.

“This job is on the larger side for our site division. Our concrete division does bigger projects, but as the site division, this is about our biggest project so far.”

With projects across the entire Southeast region of the United States, Ace/Avant deploys a large and diverse fleet of heavy equipment. Stationed above a retaining wall on site is a Case CX300D excavator that the company has worked with since October 2015.

“This type of machine plays a large role on site because it's a utility machine for us. It's not too big to get into the tighter places, but it's big enough to handle stone and grade work, utility work and water lines. What we're doing now, we're coming back having to grade for the retaining wall. The machine has the reach, but it's not too heavy that it messes with the integrity of the wall. Our operator is able to reach out and get what he needs, without getting too close to the wall.”

“We had a machine with about 17,000 hours on it that just was not performing anymore. We were looking for another machine in that class that could work with our pipe crew, but still handle the utilities and work on the grading as well,” said Perkins.

“When we look into buying a new machine, we look at the strength of the machine, the power, the speed, fuel economy and maintenance issues.

“A couple of years ago, we had bought a Case CX350C. The guys were really impressed with the 350. It had the long stick on it — it gave us a lot of reach and it performed well. When we started looking, the CX300D had just been released and we demoed it, tried it out and we were very impressed. We were on the side of a road doing some storm drainage; working under power lines, around other utilities and that machine was small enough to get in there and powerful enough to do the work.”

“We got in there, it handled our 20-foot trench box for our pipe crew. It was stable while handling. Lifted it, turned with it and was able to travel and get it where we needed it.

“When we got back to where we were serious about buying, it'd already scored real high for us and our utility guys were very impressed with it. When the utility guys are happy and like a machine, that's a pretty good selling point,” said Perkins.

“The thing I was most impressed with was the stability over the side of the tracks when lifting heavy loads, setting storm drain boxes or sewer manholes. It was able to handle a bigger box than the other machines, lifting and booming out over the side of your tracks, where a lot of machines would tip under the same load.

Case D Series excavators feature an electronically controlled hydraulic pump, as well as larger control and solenoid valves. These features combine with Case's Intelligent Hydraulic System to make the best use of the machine's hydraulic power and momentum, resulting in added strength and fuel efficiency, according to the company.

“We've been very pleased with the hydraulics on the Case. They're fast,” said Perkins. “You can do multiple functions at the same time and you don't see any lag or drop down in power. The thing is, [the hydraulics are] not so fast that they're jerky … it's not a challenge to do two or three functions at a time.”

The precision and responsiveness of controls was evident on a recent task where the excavator had to remove a lift of dirt without disturbing existing geogrid just a few feet below.

“We're cutting right above other layers of the geogrid that we don't want to damage. The operator is so close and having those smooth hydraulics allows him to make a nice even pull and not worry about it jerking, or gauging down, dropping down as he pulls back.”

The Case D Series excavators are designed for comfort and visibility for the operator. The cab provides more entry room and foot space, and features a fully adjustable air-ride seat with a built-in heater as well as adjustable arm rests to reduce operator fatigue, according to Case.

Brian Dickerson is the utility foreman for Ace/Avant, and has been an excavator operator for more than 15 years.

“Comfort for an operator is very important because you're up in that cab for eight, 10, 12 hours a day,” Dickerson said. “People think because you're on a piece of equipment that the job is easy — it's not. You want your operator to have enough room so he's not cramped up. The cab on the Case excavator has plenty of legroom for the taller guys. They're comfortable. You don't have to fold yourself up to get into the machine and feel like you're in a sardine can all day.

“The ergonomics are great. The controls, the adjustability of the armrest. The length of the controls away from you. They're very nice and adjustable to every operator.

“The Case cab also has really good visibility. Our operators are pleased with it — they like it. You don't have a lot of blind spots. With the lower counter weight and lower hood on the back, you can see behind you. You look over your shoulder, look out the back — you can tell where you're at. Side visibility is really good, good mounting of the mirrors on it, the rear-view monitor lets you see all the way around the machine.”

Ace/Avant has many operators who are often operating different equipment on a daily basis. With an intuitive control pattern selector, Case D Series excavators allow operators to switch between ISO and SAE patterns.

“Having the ability to change the controls, to switch them to the different style to suit the operator, what they've grown up with, or always run, is a nice functionality,” said Perkins. “It really helps and you don't have a situation where they can't run the machine because it's set up backwards to them. Our operators switch in and out, depending on the type of work that's required.”

Ace/Avant purchases its Case equipment from Hills Machinery, which has been serving the heavy equipment industry in North and South Carolina since 2007.

“We've been working with Hills for several years now,” said Perkins. “Great group of guys. They're really responsive to getting back with us on information, coming by to see if we need anything. Larry [Hudson] and Mark [Newcomer]. They're two great guys and very good to communicate with. They stay on top of it.”

“Hills Machinery handles all our services through ProCare,” said Perkins. “They work very well hand-in-hand with our in-house mechanics. They work with each other on our maintenance schedule as well.”

“An excavator in this weight class that can handle lifting and craning large objects and be able to keep them stable while moving them – it's very nice.”