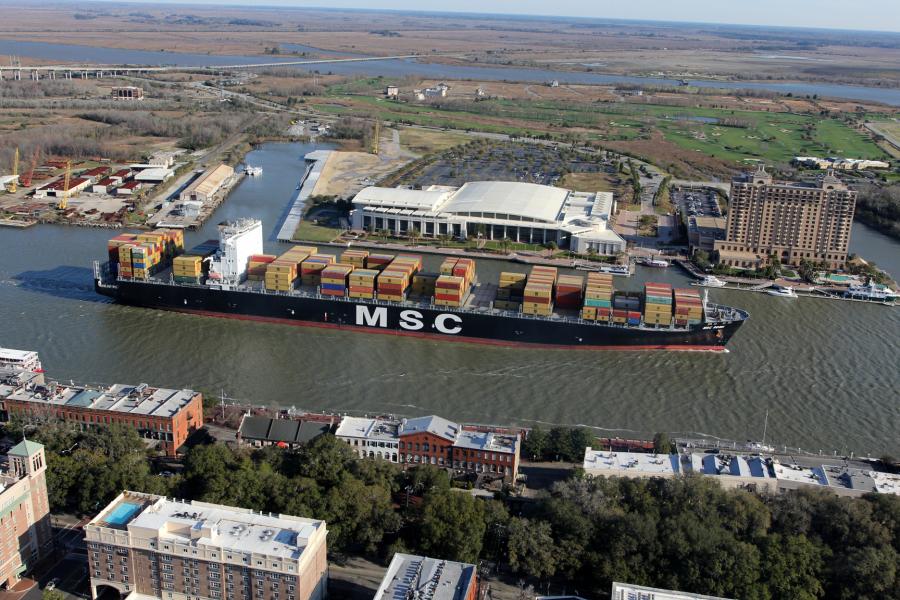 Congress has set aside $50 million for Savannah harbor deepening work.

In its new government spending package, Congress has set aside $50 million for Savannah harbor deepening work — this represents the most federal funding for Georgia's top economic development project, yet it's also only half of the nearly $1 billion expansion supporters say is needed to keep construction on track.

The fiscal 2018 spending level matches the amount the Trump administration proposed in its budget request to Congress in 2017. It's also how much the White House wants to give the project in the upcoming 2019 cycle.

Georgia lawmakers have warned that funding the project at $50 million would delay the project's completion by five years, cost an additional $56 million because of inflation and generate an “irretrievable, cumulative loss” of $1.4 billion in annual economic benefits, according to the Atlanta Journal Constitution (AJC). It's possible the Savannah project could see more money in the weeks ahead, the AJC added.

An earmark ban prevents lawmakers from setting aside any more money for specific projects, such as the Savannah harbor deepening project, but Congress can give agencies additional dollars and direct them to spend the money on certain types of projects.

The spending bill sets aside $2.1 billion for construction projects at the U.S. Army Corps of Engineers, a 10 percent increase above last year's level. Lawmakers direct the feds to focus on “projects and activities to enhance the nation's economic growth and international competitiveness.” It will be up to the Corps to decide if Savannah qualifies, and it passed on a similar chance to give the project more funding last year, according to the AJC.

In February, 2018, work to deepen the Savannah River channel from 42 ft. to 47 ft. reached its midpoint. Much of the current construction work has been funded with the $266 million that Georgia initially provided for the project. So far, the federal government at most has contributed $42.7 million in a single year.