The main goals of the project are to reduce congestion and improve safety. 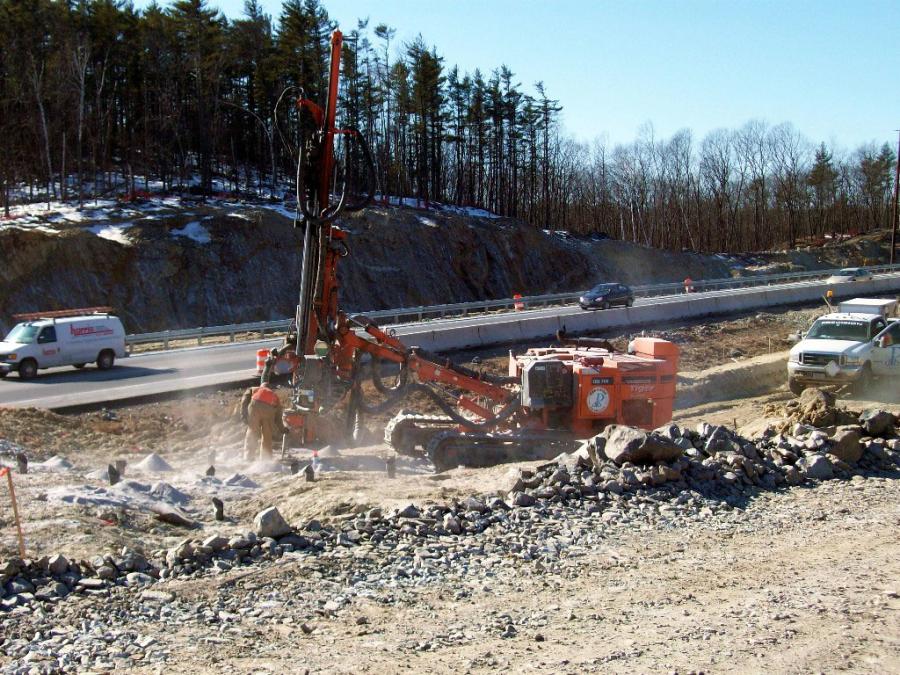 I-93 is one of New Hampshire's principal arterials and is critical to the economic vitality of the state, region and local communities. As such, the New Hampshire Department of Transportation (NHDOT) and the Federal Highway Administration (FHWA) began a multi-year project to widen I-93 to safely and efficiently meet the mobility needs of New Hampshire, now and in the future.

The main goals of the project are to reduce congestion and improve safety. Traffic frequently backs up between the Massachusetts state line and Manchester, especially during morning and evening rush hours. This section of I-93 was built in the early 1960s to accommodate 60,000 to 70,000 vehicles per day. In 1997, average traffic volumes were in excess of 100,000 vehicles per day in Salem, with segments between interchanges two and five carrying up to 80,000 vehicles per day. With so many cars currently using only two lanes, drivers are forced to drive closer to each other, limiting their ability to react and maneuver to avoid an incident in front of them. When an incident does occur drivers often have nowhere to go, which can result in multiple car accidents.

This chronic congestion can also directly affect emergency responders, such as ambulances, fire trucks and police, increasing their response time in getting to an emergency. All these factors combined create increased risks to the traveling public. Projections indicate that traffic will increase to 140,000 vehicles per day in Salem by the year 2020.

In addition to congestion and safety issues, I-93 suffers from infrastructure headaches. The highway is more than 40 years old with bridges, roadway infrastructure and interchanges in need of major rehabilitation and modernization. Fourteen of the 43 bridges within the I-93 Salem to Manchester Corridor are on the State's “Red List”. Regardless of improving capacity/adding lanes, there is a major amount of work that needs to be done along the corridor just to improve the existing infrastructure.

Through the evaluation of several alternatives during the Preliminary Engineering Studies, a decision was made to add an additional two travel lanes in each direction over the entire 20-mi. (32.2 km) segment and improve the five interchanges south of Interstate 293 to the state line. Twenty bridges will be replaced and 23 will be rehabilitated or widened. New park-and-ride facilities have been built at Exits 2, and 5, with one planned at Exit 3, and space within the median is reserved to accommodate future commuter rail trains. In addition, bus service and other commuter ride-sharing opportunities to Boston and northern Massachusetts have been expanded and enhanced.

This multi-year project began in 2006 and is anticipated to be complete in 2020. A total of 29 contracts will be included in the project, with a total price of around $811.7 million. This cost includes construction ($616 million); right-of-way ($108 million); and engineering ($87 million). The right-of-way cost is divided between $27 million in mitigation and $81 million on property acquisition. The construction cost includes a buffer for inflation and risk. The primary source of funding is federal funds.

Roughly 2 million cu. yds. (4 million tons) of rock will need to be excavated to complete the improvements to the I-93 Salem to Manchester corridor. The bulk of this rock removal (80-90 percent) will be in the Exit 3 area. Excavated materials are being crushed and used elsewhere on the project.

“The communities have been very cooperative and supportive of our work efforts. They have been great to work with. The widening of I-93 has brought community development projects to the forefront,” noted Wendy Johnson, project manager of NHDOT.

In addition to monitoring community response and construction progress, project leaders are staying on top of environmental impact. The two prime aquatic resources in close proximity to the project, Cobbetts Pond and Canobie Lake, are being closely monitored.

“These two waterbodies were protected from storm water runoff through the use of innovative technologies to treat the water. This was a collaborative effort with the Department, NHDES, the Contractors, and the designers,” explained Johnson. “This collaboration brought to light new techniques and new technologies that have made the future projects easier to manage and more cost effective.”