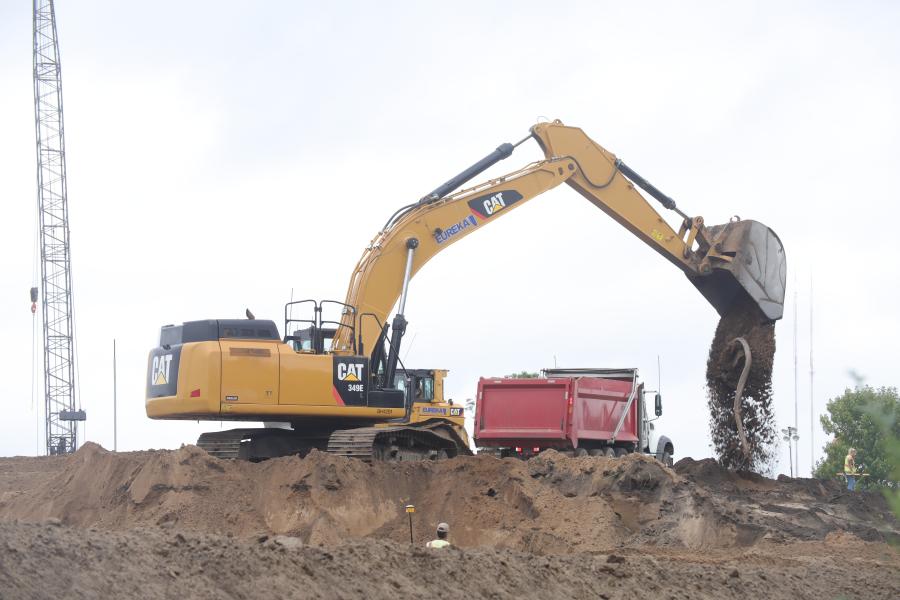 A good share of earth work took place last season and there is more to come this year.

Road and bridge crews are well on their way to easing driving frustrations for thousands of daily motorists at a notorious traffic bottleneck in Vadnais Heights, Minn., where County Road 49, a heavily-used, inter-city arterial crosses over I-694.

Crews were expecting to work going into November last year but unseasonably cold temperatures moved in to the upper Midwest to put a chill on some scheduled concrete pours. However, by mid-June, approximately 60 percent of the project was completed and open to traffic.

Federal, state and county money are financing most of the construction with the cities of Vadnais Heights, Shoreview and Little Canada kicking in the remainder.

A very narrow bridge, four sets of signal lights stationed at each of the ramps and at two nearby intersecting city arterials combined with outdated geometrics are the primary causes behind the congestion, according to Nick Fischer, Ramsey County project engineer. 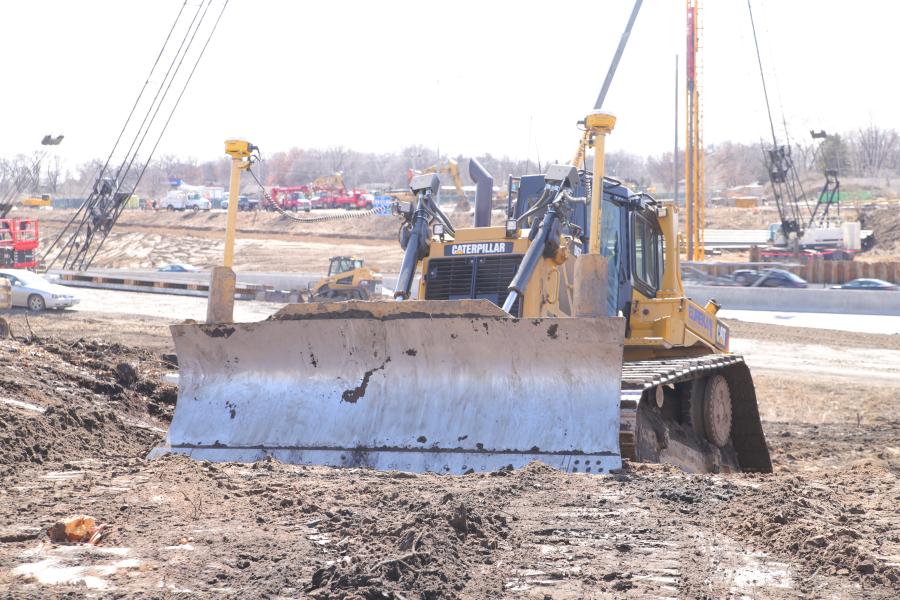 This project "has been in the making for 20 years. The problem was securing the funding for this project because everyone wanted to get it done," said Fischer.

The original design "was a diamond interchange with four stop lights on it. Under the new geometrics, we will put in three round-a-bouts, add two lanes on the freeway bridge and turn it into an offset, single point interchange so all the ramps come to a single point off the bridge," said Fischer.

Two new bridges will serve as flyover ramps for two of the four freeway ramps. The round-a-bouts will replace the signal lights creating an even flow of traffic. Motorists will have an additional lane in each direction to cross the bridge.

The new bridge deck will be more than twice the width of the original deck. It will carry a 10-ft. sidewalk on one side and a 12-ft., multi-use sidewalk on the other for pedestrians and bicyclists. Each sidewalk will be separated from traffic by 5-ft. shoulders. Two 11-ft. traffic lanes in each direction will carry vehicular traffic.

Construction started last spring with the demolition of a long-standing neighborhood pub; grubbing and clearing; the demolition of the southbound freeway bridge; and soil corrections on the property of a former gas station. Utility relocations also began in earnest.

Fischer applauds Redstone staff for their efforts in taking control of the utility removals and relocations and ticked off a series of coordination efforts Redstone staff carried through with, including record keeping, coordinating work schedules, getting the utilities to meetings and just simply offering assistance.

"Redstone stepped up and I just can't praise them enough for helping out," Fischer said. "They did a phenomenal job. Xcel Gas was in there doing a large gas main bore to get its old valves out of the way and then pull the old stuff out. Xcel Electric had to move its main because the road is widening."

Century Link has a major duct line that runs down Rice Street from downtown St. Paul, "that runs the internet for most of the north metro area," Fischer said. "We didn't want to move it that much. We designed the whole road around it. Moving the duct would have delayed the project."

Diedrich explained that because of the major communication lines Century Link has under Rice Street that the utility relocations became a project within a project.

"It was a challenge," Diedrich said.

Especially, when it came to hanging Century Link's lines under the new, northbound bridge that was under construction. 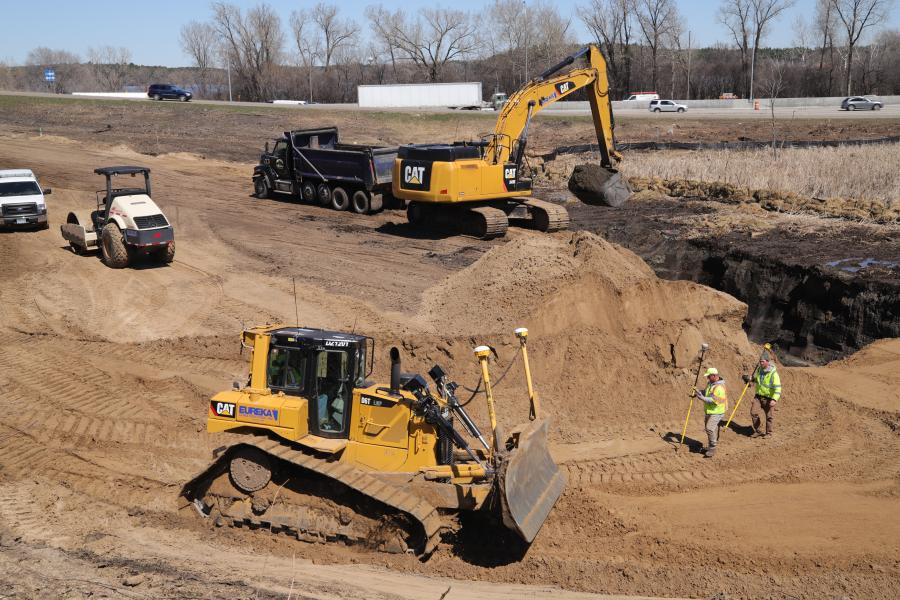 Redstone crews took on the task of hanging the cable lines under the new bridge. This work was completed in several different phases to coordinate with bridge crews as they continued to move forward on building the bridge.

The winter of 2019 in Minnesota was very snowy and cold, followed by a late, wet spring and summer. When crews moved into the excavation phase of the project, the geological conditions of the site worked to their advantage.

"There is a lot of earth work and it was a super wet year. But one good thing: it's a sand job," Fischer said.

At the southeast quadrant of the interchange, crews built an access road coming off of Rice Street to make connections to local businesses and an apartment building.

A slope quickly dipping down 25 ft. to a ponding area in this area kept excavator and dozer operators busy. Located near the eastbound lanes of the freeway, this site saw a fair share of excavation to remove the muck and truck in clean fill to bring the access road up to grade, Fischer said.

Redstone Construction brought much of its own equipment to the site, including four Terex cranes and a large variety of Caterpillar and Ingersoll Rand heavy machinery including rollers, dozers, backhoes and skid steers.

Through last summer, grading and paving operators moved about on each end of the new bridge to build the new street approaches, round-a-bouts and install new storm sewer pipe as utility relocations continued.

By early fall last year, Redstone crews reached a major milestone when they completed the new southbound bridge over I-694 and moved traffic onto it to tear down its northbound twin. With the freeway shut down on a weekend in late September last year, the demolition went well, Diedrich noted.

Including the substantial completion of the new southbound bridge, crews had completed the first fly over ramp to exit eastbound I-694 traffic to Rice Street. Bridge crews had the piers standing and ready for girders.

Bridge crews hoisted pre-stressed concrete girder beams on the second fly over ramp to eastbound I-694 in mid-April.

Construction continues on the northbound Rice Street bridge, the round-a-bouts and connecting streets. All work is expected to wrap up later this fall. CEG