On Friday, July 8 by 11:59 p.m., work is expected to temporarily grind to a halt on many New Jersey construction projects. 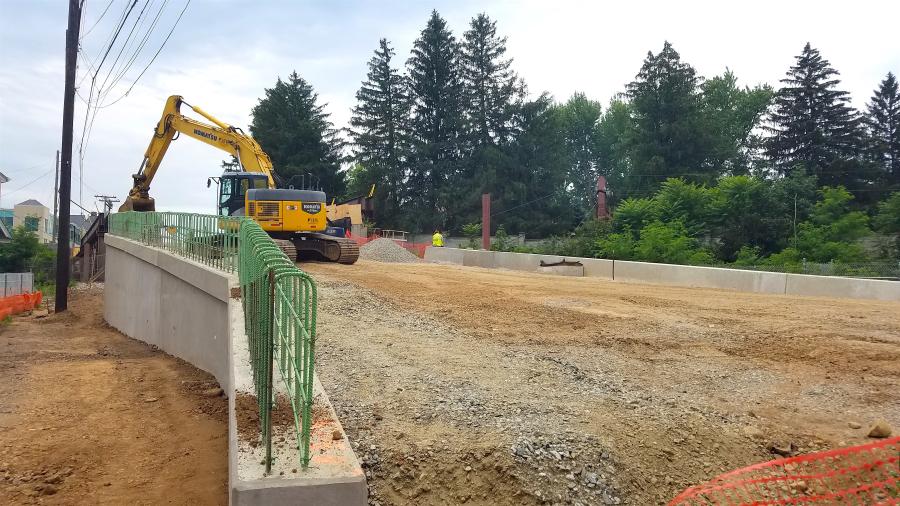 City of Summit Photo. Projects, including the Morris Avenue Bridge reconstruction over the Morristown rail line, will be put on hold.

On Friday, July 8 by 11:59 p.m., work is expected to temporarily grind to a halt on many New Jersey construction projects, the result of an impasse between Gov. Chris Christie and the N.J. Senate over how to offset an increase in the state's gasoline tax. Work sites are expected to remain shuttered for at least one week while projects are prioritized to best utilize remaining funds.

Gov. Christie ordered a shut down of transportation projects on June 30, following failure to agree on how to keep the Transportation Trust Fund fluid. The shutdown will affect all projects currently being paid for by the TTF; however, federally funded programs, Turnpike projects and those deemed necessary for public safety are exempt.

Christie's office released a list of TTF projects to be closed down until a deal is reached on how to pay for them. The list was compiled by the New Jersey Department of Transportation (NJDOT) and NJ Transit (NJT) and identified as being funded by the TTF. Lt. Gov. Kim Guadagno made the announcement, while Gov. Christie is on vacation.

Both Republicans and Democrats agree TFF issues need to be resolved and also agree on raising the gasoline tax by $.23 per gallon. However, there is a difference of opinion on which taxes and programs should be cut to make it solvent.

Assembly Speaker Vincent Prieto and Gov. Christie's plan is to raise the gas tax and cut the state sales tax from 7 percent to six percent. Senate President Steve Sweeney and a bipartisan group favor the same gas tax increase, but to phase out the estate tax.

The N.J. Senate is scheduled to reconvene on July 11, but according to njtvonline, Sweeney and Gov. Christie's office are working on a compromise.

Unions and business leaders are urging state leaders to come to a quick resolution over this funding crisis.

According to a statement released by Raymond M. Pocino, vice president and Eastern regional manager for the Laborers' International Union of North America (LIUNA), members are taking their case directly to the N.J. Senate.

Workers are converging on the district offices of State Senate President Steve Sweeney and Senate Minority Leader Thomas Kean, Jr., with the goal of bringing the two leaders together to fix New Jersey's transportation crisis, one that now threatens the livelihood of several thousand laborers and close to ten thousand workers statewide.

“It is important for our elected leaders to meet the men and women who will be hurt, who — without state action — may face difficult choices moving forward on things like food and housing, healthcare and education,” said Pocino.

The press release indicates “LIUNA members will be rotating their informational pickets often to deliver their message to the senate, assembly and governor's office and will do so until a solution is identified, passed, and signed into law.”

“The Assembly put forth a pretty good bill,” said Tim Watters, president and CEO of Piscataway, N.J.-based Hoffman Equipment. “The bill that the Assembly originally was going to write seemed like it was going to get everyone's tacit approval — there was a gas tax increase and reductions in the inheritance tax and a phase out of income tax for seniors up to $100,000. But the last minute, Gov. Christie said he wasn't going to sign that bill, so a compromise was worked out with the Assembly where the inheritance tax reduction was eliminated and the sales tax would be reduced.

“But the state senate doesn't like that bill and now we're at an impasse,” Watters continued. “Someone needs to have the guts to stand up and do the right thing and be counted for these important infrastructure projects. Gov. Christie is a big part of our problem here and his national ambitions are getting in the way of doing what's right for New Jersey.”