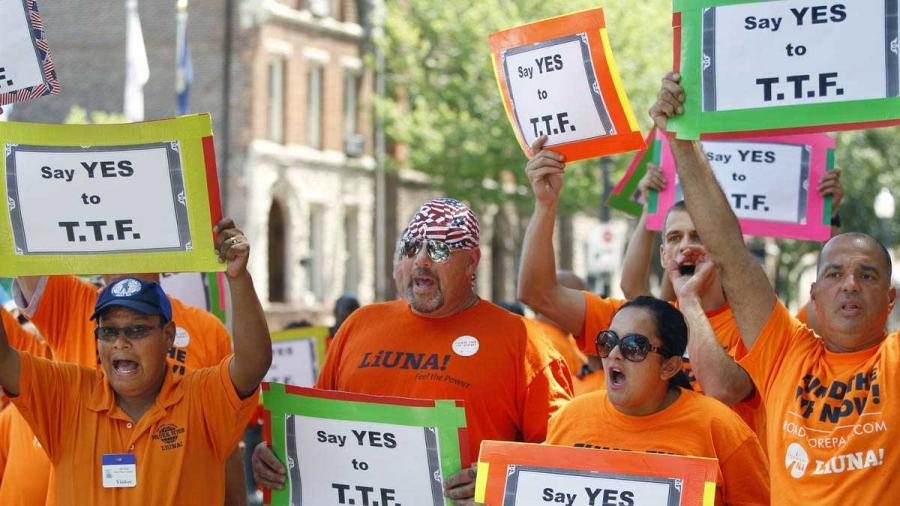 Contractors who had to stop work during a fight over how to replenish the Transportation Trust Fund last year are asking to be compensated for losses — and New Jersey taxpayers may be on the hook for the money.

Gov. Chris Christie ordered the shutdown of all state-funded transportation projects in July amid a fight with Democratic lawmakers over how to fund the financially strapped TTF.

Work was allowed to resume only after Christie signed a bill ending the stalemate in mid-October, following months of delays and losses on construction sites across the state.

Typically, timelines are written into contracts for such projects that allow either party to be reimbursed for costs associated with delays.

In this case, contractors who had to halt work could have seen their bottom lines affected in a number of ways, said Anthony Attanasio, executive director of the Utility and Transportation Contractors Association.

"You've got equipment, materials, and people on site that you then have to move off site," he said.

Attanasio added that there are costs associated with maintaining a site during the shutdown.

"And then, obviously, once the shutdown ends and projects start up again, there's the remobilization, moving equipment and materials back onto site," he said.

Contractors can file "delay claims" against the municipality or county that hired them to try to recoup those additional costs and lost profits.

So far, five counties have reported that contractors have notified them that delay claims from the TTF shutdown could cost a total of $9.1 million, according to the state Association of Counties.

That number could increase once other counties and the state's 565 municipalities report the delay claims they may face.

Earlier this month, the state Department of Transportation informed counties and municipalities that it will consider providing extra funding to help cover the costs of TTF-related delay claims.

"NJDOT understands the extraordinary circumstances regarding the local aid projects that were suspended during the Transportation Trust Fund renewal, and the department is working with counties and municipalities concerning claims that may be filed for these projects," said DOT spokesman Steven Schapiro.

So far, DOT has not received any delay claims. Schapiro said they "will be considered on a project-by-project basis."

Attanasio said a given contractor may try to work out ways to make up for those losses within the confines of an existing contract — such as extending the timeline for a project without penalty — before taking the more formal step of filing an official delay claim.

Richard Cushing, a municipal attorney in New Jersey, agreed that contractors may prefer to avoid the lengthy and possibly expensive process of filing and official delay claim.

Cushing added that in his 35 years practicing municipal law, he could not recall another instance when a political impasse caused the shutdown of construction projects across the state.

"There was a dispute down in Trenton and people couldn't work things out," he said, "and as a result things got shut down and that ended up creating this particular situation."