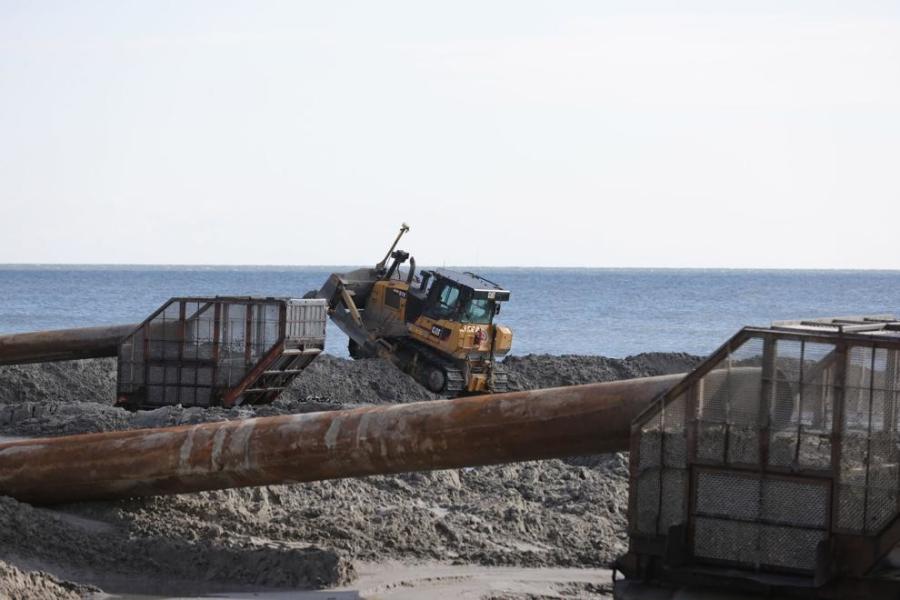 With a string of February storms having taken big chunks out of many Jersey Shore beaches — and the federal government refusing to authorize emergency repairs — the New Jersey Legislature is considering doubling the amount of money it allocates to shore protection projects each year to $50 million.

In fact, the bill was introduced more than a year ago, long before the storm damage and a decision by the U.S. Army Corps of Engineers (USACE) that the damage was not sufficient to qualify for emergency repairs. It had been languishing in the Legislature before being advanced March 4 by a state Senate committee.

But three storms that caused serious to severe erosion in numerous parts of the Jersey shore have given the measure new relevance.

Federal and state officials asked the USACE to reconsider emergency funding, but a spokesperson of the agency reiterated its decision March 4.

"The storm didn't meet the criteria to qualify as an ‘extraordinary storm,' which is necessary for the emergency repair eligibility," said the USACE's Stephen Rochette.

"Bay Head beaches were destroyed as a result of Winter Storm Orlena," he said. "As a small town, we can't afford to correct the Army Corps' dune. We can't make our beaches safe right now with 18-foot cliff-like drops throughout. If someone were to fall now, they could be seriously hurt or killed. Plus, the dunes could collapse, some are so precarious. Then who is responsible? We need help before it is too late."

The cost of beach work is shared by the federal, state and local governments.

Money from New Jersey's Shore Protection Fund comes from the collection of real estate transfer fees, which are imposed on the recording of deeds transferring real property and is calculated based on the amount paid in the deed.

For more than a decade, $25 million from those fees was earmarked for the shore fund, which, in turn, is used for projects like the state's share of beach replenishment or dune construction.

The Jersey Shore Partnership, which advocates for beach replenishment programs as crucial to protecting the state's tourism industry, as well as lives and property, praised the proposed increase.

Pro-business groups, including the New Jersey Business and Industry Association and the state Chamber of Commerce, also endorsed the bill.

Some environmental groups, however, opposed the measure, criticizing beach replenishment as artificial and ineffective over the long-term.

"The process is unsustainable," said John Weber, president of the Bradley Beach Borough Council in Monmouth County and regional manager of the Surfrider Foundation. "Not only is there a limited amount of good, clean, usable sand, but there is a limited amount of federal dollars."

Jeff Tittel, director of the New Jersey Sierra Club, also noted that some shore towns continue to discourage public access to their beaches, even after receiving repair funds that came from every taxpayer.

New Jersey set out to build or repair dunes along most of its 127-mi. shoreline after Superstorm Sandy devastated the coast in 2012.

Beach towns that had replenished beaches and robust dune systems tended to fare better during Sandy than those that did not, although major flooding also occurred from back bays as well, where few shore-protection projects have been done.

The USACE is expected to release recommendations this summer for back bay flooding reduction measures, including elevating houses, building man-made and natural barriers, and other measures.