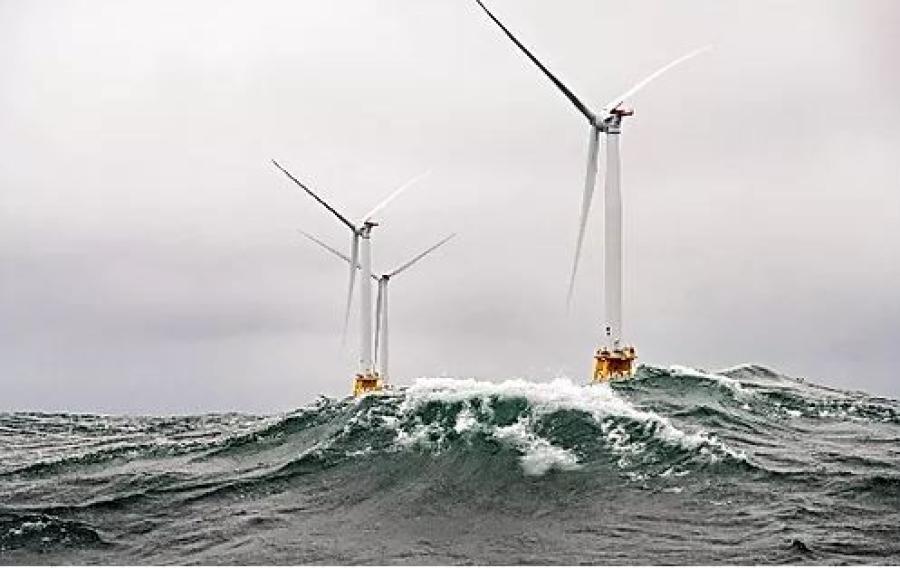 New Jersey wants to be known for more than just its shores and casinos.

It aims to be the hub of the nation's nascent offshore wind energy industry.

On June 16, Gov. Phil Murphy (D) announced the construction of what he calls the country's first port dedicated to constructing the colossal turbines that may one day dot the East Coast horizon as Northeastern and Mid-Atlantic states rush to build more renewable energy.

For New Jersey, it is about more than just tackling climate change. Just as Texas is the de facto capital of the U.S. oil and gas industry, New Jersey wants to be an economic engine for offshore wind.

"We have a huge opportunity," said Tim Sullivan, chief executive of the New Jersey Economic Development Authority. "Somebody's going to get to be the Houston of American offshore wind."

To make sure New Jersey plays that role, the state government is planning to turn 30 acres along the Eastern Shore of the Delaware River, 20 miles south of Wilmington, Del., into a staging area for assembling the massive turbines. Taller than 800 ft., the turbines will tower higher than the Washington Monument.

State leaders also are hoping to coax factories to the rural area, too, and have set aside 25 acres for potential turbine parts manufacturers. They aim to start construction next year and launch operations by 2024. Another 160 acres will be available for future development.

"We'll be able to be the focal point for the industry in this part of the country," Murphy said in an interview.

The port is part of the state's broader plan to get all its electricity from clean energy by the middle of the century. New Jersey, already one of the nation's fastest-warming places, wants to generate 7,500 megawatts from offshore wind by 2035 — enough to power half the homes in the state.

Murphy also has his sights on supplying Connecticut, Maine, Maryland, Massachusetts, New York, Rhode Island and Virginia, all of which have plans to build offshore wind generation along the Eastern Seaboard's shallow waters.

"We want a significant piece of the supply chain in New Jersey," Murphy said. "So, we're literally creating this industry from whole cloth."

The port, he added, "is a huge step in that direction."

The South Jersey site — named Artificial Island after the U.S. Army Corps of Engineers created it around 1900 — checks off several boxes for politicians and engineers.

It is 5 miles from the nearest residential area and is already home to three nuclear reactors — run by Public Service Enterprise Group, an energy company based in Newark — to provide electricity.

And crucially, there are no bridges between it and the open ocean. That is important because after being assembled, turbines are often stood upright and moved into place by ship.

The Murphy administration expects the port to employ 1,500 workers and cost up to $400 million to complete, with taxpayers and companies splitting the bill.

Over the past decade, wind energy has made significant inroads into the energy market share dominated by coal and nuclear power. It now accounts for about 7 percent of all the nation's electricity.

Virtually all the U.S.'s wind energy generation is happening in windswept prairie states, such as Iowa and Kansas, along with Texas, while there are only five utility-scale offshore turbines — all off Rhode Island.

But that may soon change, with Maryland, Massachusetts and New York also setting major targets. The enormous size of the turbines means that much of the manufacturing will happen domestically.