Construction is underway on a $15.2 million Health Sciences Center and the $33.2 million Unified Science Center 2 expected to open in 2018. 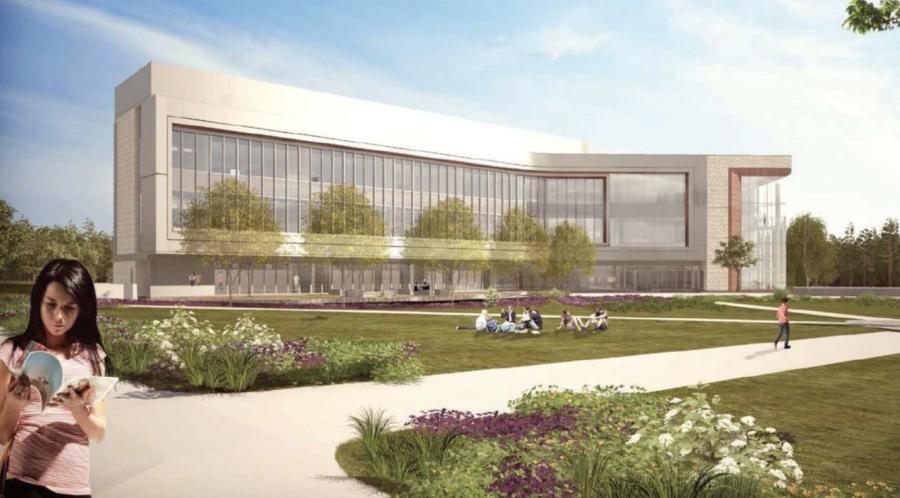 Stockton University's growth continues in 2017 with academic achievements, new programs, construction of new facilities in Galloway and Atlantic City, and a major expansion in Manahawkin.

Academically, Stockton is ranked No. 14 among public regional universities of the north by U.S. News & World Report in its 2017 edition of America's Best Colleges. Stockton also is one of The Princeton Review's Best Northeastern Colleges, and the Military Times and Online College Plan each rated Stockton among the top 20 schools in the nation for veterans.

The Galloway campus provides a living and learning environment among pristine forests and lakes in the Pinelands National Reserve.

The three-story, 58,210-square-foot USC2 will house teaching and research labs for various disciplines in the sciences, a vivarium, a large greenhouse, a gross anatomy lab, a multipurpose room and faculty offices. The 37,720-square-foot Health Sciences Center will include space for simulation labs and an Exercise Science Lab and the sustainability program.

Stockton also owns Stockton Seaview Hotel and Golf Club in Galloway, a public hotel and golf resort with a wing that is home to more than 200 students. Stockton Seaview hosts the ShopRite LPGA Classic Presented by Acer, which draws the world's top female players to the area in May. Fans travel to Galloway from all over the Northeast, stimulating the local economy.

The $178.28 million Atlantic City campus, due to open in fall 2018, is part of the larger Atlantic City Gateway Project, a public-private partnership with Atlantic City Development Corp., also known as AC Devco. The Gateway Project also includes a six-story office tower for South Jersey Gas and a parking garage with 879 spaces, for a total cost, including the campus, of $220 million.

Stockton has received substantial financial and other support from the state, county and city and its other partners. The university's portion of the project cost is $18 million.

The Atlantic City campus will include a 56,000-square-foot academic building with three floors, 14 classrooms and computer labs; 17 faculty offices/work stations; a 3,000-square-foot event room, a café area with indoor and outdoor seating, and administrative offices.

The residential complex will offer apartment-style living to 533 students, with retail space along the boardwalk and on Atlantic Avenue. It will have meeting spaces, offices, a mailroom, two 50-seat flexible classrooms, a fitness center and two outdoor courtyards.

The campus is adjacent to O'Donnell Park at the intersection of Atlantic, Pacific and Albany avenues in the Lower Chelsea neighborhood.

Stockton's academic efforts in Atlantic City will be led by business, hospitality and tourism, social work, and organizational leadership programs. The university will also be offering a new, interdisciplinary undergraduate major in community leadership and civic engagement.

For the full story visit, Shore News Today at http://url.ie/11pxh.