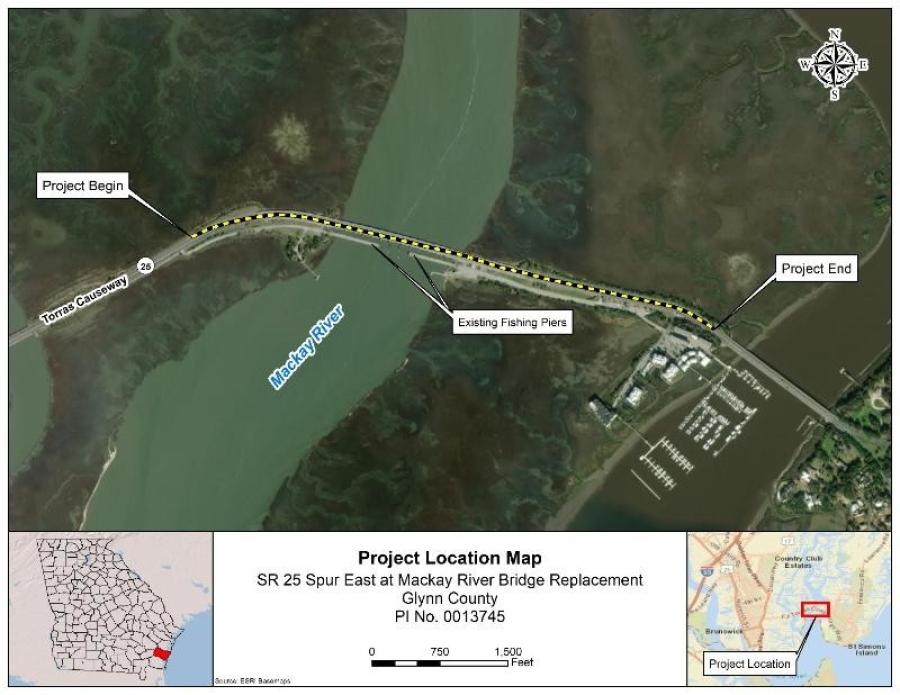 Chances are good that a new bridge will be built on the F.J. Torras Causeway across the MacKay River, linking St. Simons Island and Brunswick, according to the Georgia Department of Transportation (GDOT).

Construction of a new MacKay River Bridge could begin as early as Georgia's fiscal year 2022, which begins July 1. The bridge is projected to cost $78 million, according to GDOT.

The transportation agency told the Brunswick News that the existing MacKay River Bridge, built in 1986, has reached a state of deterioration. GDOT engineers have detected cracks in the bridge's concrete structure and scouring in its support piers, meaning it no longer meets current bridge design standards.

The newspaper reported that the GDOT assures the bridge is still safe to drive upon, but agency officials want it replaced long before it reaches a state of being unsafe for travel.

"If we don't do anything, the bridge will continue to deteriorate," GDOT spokesperson Jill Nagel said. "The bridge is safe, but we also have to look at the long term. This is the only route on and off [St. Simons Island]. The causeway is the only hurricane evacuation route for people on the island, so we have to look at this bridge very carefully."

The GDOT has publicly discussed the need for a new MacKay River Bridge since as early as 2016, according to the Brunswick News. As the MacKay River is part of the Atlantic Intracoastal Waterway system, GDOT officials told the newspaper five years ago that a new bridge was needed to broaden waters for navigational traffic below.

The new bridge would be built approximately 55 ft. north of the existing MacKay River Bridge, Nagel said in speaking with the newspaper. Traffic would be allowed to continue driving over the existing bridge during construction, she added.

The GDOT's plans call for the new MacKay River Bridge to be 2,880 ft. long and 90 ft. wide. It will feature two, 12-ft.-wide travel lanes in each direction split by a median with a concrete dividing barrier. Eight-ft.-wide shoulder also will be built along both outside lanes.

In comparison, the old MacKay River Bridge is 2,601 ft. long and 75 ft. wide with four lanes of traffic and a concrete median. It has an 8-ft.-wide shoulder on the westbound side; along the east side is a 4-ft.-wide striped buffer between traffic and the 6-ft.-wide bicycle pedestrian lane.

The state agency's plans indicate that a new fishing pier may eventually be built beneath the east side of the MacKay River and would be aligned with existing parking on that side of the river.

The existing MacKay River Bridge, and its future incarnation, represent one of two large bridges that span waterways through the marsh over which the 4-mi.-long causeway travels.

The other large bridge is the Back River Bridge, farther west on the causeway. Several smaller structures also span the waters and marshes, including the Frederica River Bridge near St. Simons Island and the Terry Creek Bridge by the mainland.