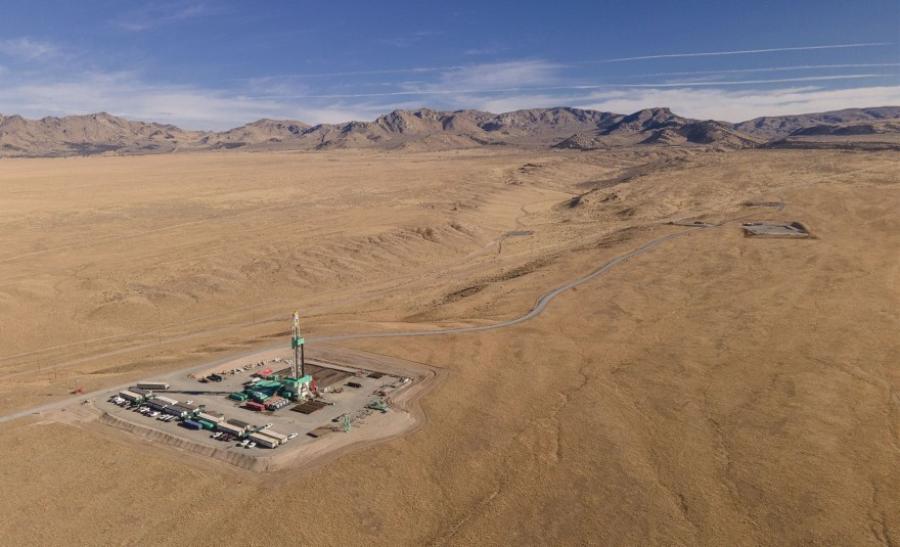 Researchers at the Utah-based FORGE lab are working on technology to create geothermal reservoirs almost anywhere in the world, according to reports.

MILFORD, Utah (AP) Just outside Milford, a town of approximately 1,400 people in southwest Utah, researchers behind a major energy project are hoping to tap into a limitless supply of clean, reliable power.

The energy exists thousands of feet below us, where the natural heat from the Earth's core can be used to create electricity.

Researchers at the Utah-based FORGE lab are working on technology to create geothermal reservoirs almost anywhere in the world, according to reports.

Geothermal power already exists, but currently makes up just 0.4 percent of energy production in the United States. So far it's largely been limited to select areas around naturally-occurring hot springs, such as the Roosevelt Hot Springs in Beaver County.

FORGE lab researchers have recently completed one of two major wells they'll use to develop the tools to build "enhanced geothermal systems," or EGS — human-made versions of natural geothermal reservoirs which pump water through cracks underground, heat it and use the steam to power turbines or to heat buildings.

If successful, the project and others like it could lead to "a 40-fold increase over present geothermal power generating capacity," according to the U.S. Department of Energy.

"The world is looking at Milford," said Joseph Moore, a geologist and lead researcher at FORGE. "We're working with groups around the world who are watching this because this is a first. A lot of people are very interested."

Moore said the project is not designed to generate electricity per se, but to develop the tools to create geothermal energy in a reliable, cost-effective way.

At a time when the effects of climate change have become increasingly pronounced and electric utilities are facing pressure to move towards renewable energy, geothermal offers great promise as a reliable source, he said. There are little to no emissions. Unlike solar and wind, power can be created at any time. The groundwater used also can be recycled continuously.

But no one has managed to create EGS at a commercial scale.

Some of the primary barriers have been upfront cost and the technical challenge of creating cracks in the rock underground.

There also have been concerns that the process of creating those fissures can lead to earthquakes. Moore said small, mostly imperceptible ones have occurred at the Milford location, but researchers closely monitor any seismic activity and are getting better at identifying areas that are low-risk.

"We're learning how to manage and mitigate risks and be more and more careful," he said. "There's an opportunity here to develop these tools where we can do it anywhere and that's important. We see this as an important potential energy source in the future."

The project is funded primarily by the U.S. Department of Energy, which provided about $220 million for research through 2024. Moore said he expects the funding to be renewed so they can continue to work past that date.