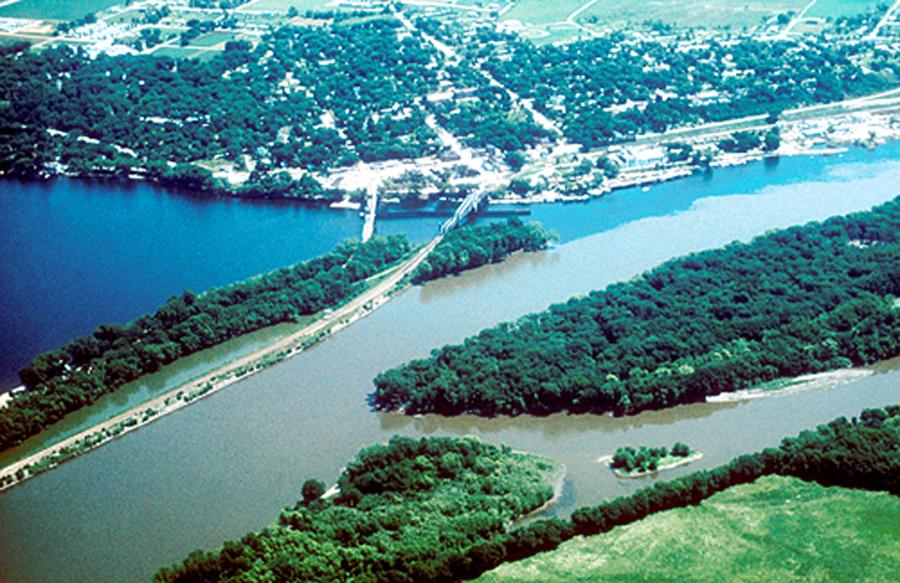 Aerial photo near Prescott, Wisconsin, where the clearer waters of the St. Croix meet the muddier Mississippi River.

STILLWATER, Minn. (AP) Due to problems attributed to its complex design, the St. Croix River Bridge has fallen a year behind schedule.

“People are amazed, when they're up close, at the enormity of the bridge and the segments,' said Michael Beer, the Minnesota Department of Transportation manager in charge of the project.

It will replace the 85-year-old Stillwater bridge 2 miles upstream.

“It's going to be a beautiful bridge, here for the long haul, 100-plus years,' Beer said. The span will cross over a span of the river known as Lake St. Croix.

The bridge design resembles a jigsaw puzzle because of “the geometry that was required to make sure this bridge fit together in the end,' MnDOT design engineer Kevin Western said. It's regarded as one of the most challenging bridge projects MnDOT has ever worked on.

With the complex design came a delayed schedule, according to Beer. He said that a hike in cost for taxpayers or the general contractor won't be determined until closer to the end of the project.

MnDOT and the Wisconsin Department of Transportation budgeted $30 million in contingency funds.