Upper East Side of the Manhattan subway line opens to riders after decades of planning. 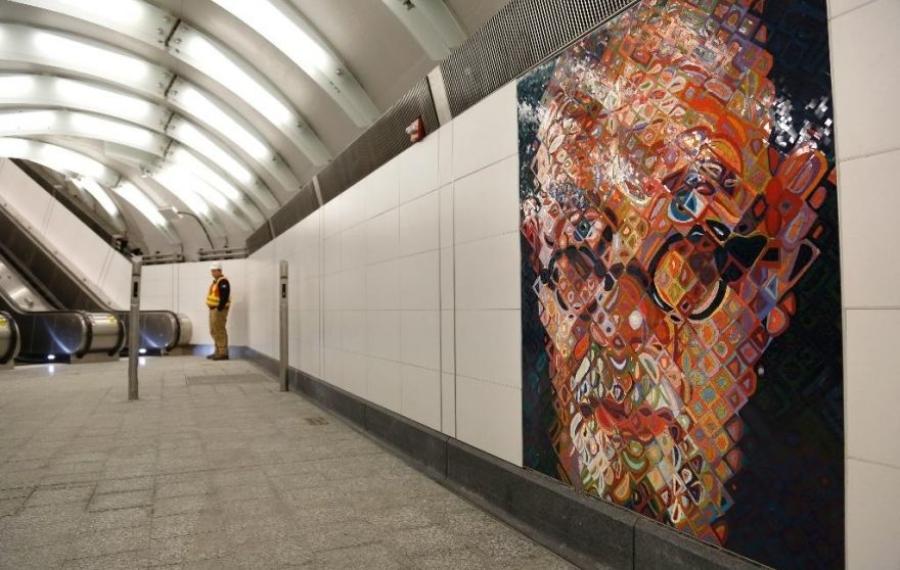 It's been a construction project decades in the making, but New Yorkers' long wait for a subway under the Upper East Side of the Manhattan finally became a reality on Sunday, when a stretch of the new Second Avenue line opened up to riders.

The nearly 2-mile segment opened at noon, adding three new stations along Second Avenue at 96th, 86th and 72nd streets and a new connection to an existing subway line at 63rd Street.

The first train left the station at East 96th Street at noon after a speech by Democratic Gov. Andrew Cuomo, who pushed to meet a New Year's Day deadline for the long-delayed project.

"I hope when you go down there you really feel how much hard work and time and patience it's taken to get to this point," Cuomo said. "It's incredible. This is not your grandfather's station."

The mood was festive on the first train, with many riders wearing hats that read Second Avenue Station, including Jessica Hauser and her boyfriend, Neil Smith, who both live on the Upper East Side.

"I can see my friends in Brooklyn much easier now," Hauser told the Associated Press. "It's really great to have another subway nearby. I think it's going to release a lot of pressure from the 4, 5 and 6 trains. Especially in the morning when I have to sometimes wait for a second or third train, since they're so packed."

A ceremonial first ride took place on Saturday night for an invitation-only crowd of dignitaries, about 90 minutes before the New Year's Eve ball drop in Times Square.

Seen as crucial to alleviating congestion in the nation's biggest subway system, the new line is expected to carry about 200,000 riders a day. The entire system transports about 5.6 million riders on an average weekday.

The city's transportation board first envisioned a Second Avenue subway in 1929, but the stock market crash and the Great Depression derailed the plan.

Ground was broken in 1972, but a fiscal crisis in the city slammed the brakes on the project again. The project finally got into high gear when major tunneling work began in 2007.

The $4.4 billion section opening Sunday was initially supposed to be completed in 2013. Delays stemmed partly from concerns about construction noise.

Local business owners and residents were celebrating construction finally coming to an end.

“I'm ready to make a living again!” barber Emin Cekic told the New York Post. Cekic, whose Second Avenue shop is right near one of the new 72nd Street subway entrances — and was nearly forced to close because of the seemingly endless noise, barricades and detoured traffic of construction.

“It's been really terrible for eight years,” Cekic told the Post.

The line is slated to expand north into East Harlem in the next phase of expansion. No date has been set for starting that phase of construction.

The Associated Press contributed to this report.