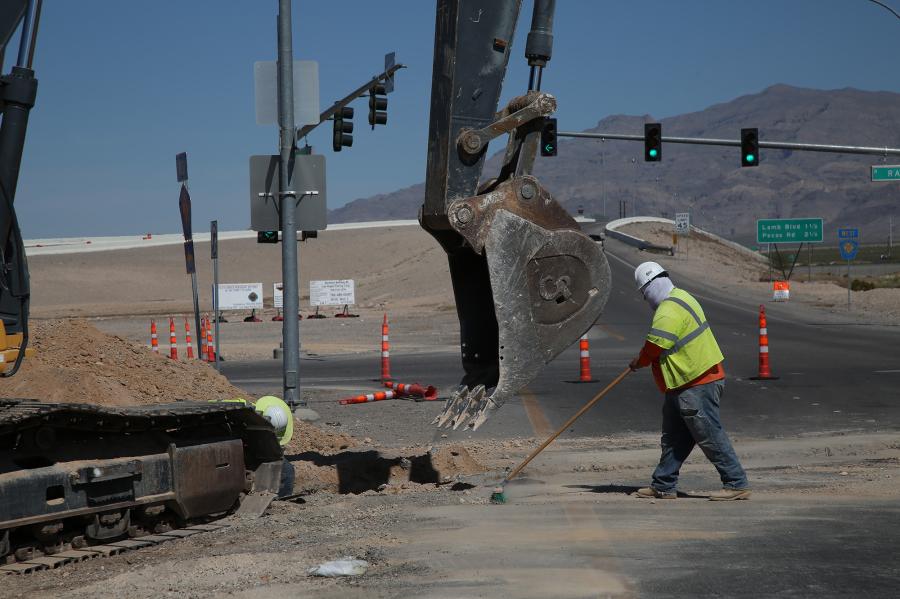 A contract was awarded to Fisher Sand & Gravel in January to build ramps, flyovers and street connections at Interstate 15 and the 215 Beltway in north Las Vegas.

Workers on the $99 million I-15/215 Interchange project in north Las Vegas are seeing something of a silver lining in the pandemic that has shut down the city.

"Traffic mitigation is an issue," said Nevada DOT spokesman Tony Illia. "But right now, with COVID-19, we've seen traffic drop off substantially — up to 76 percent in some places depending on the day. It's made it a little bit easier to schedule work. The only impact are the new OSHA guidelines in terms of social distancing, keeping hands clean, congregating in groups of 10 or less and if you have to sneeze, doing so into the crook up your arm." 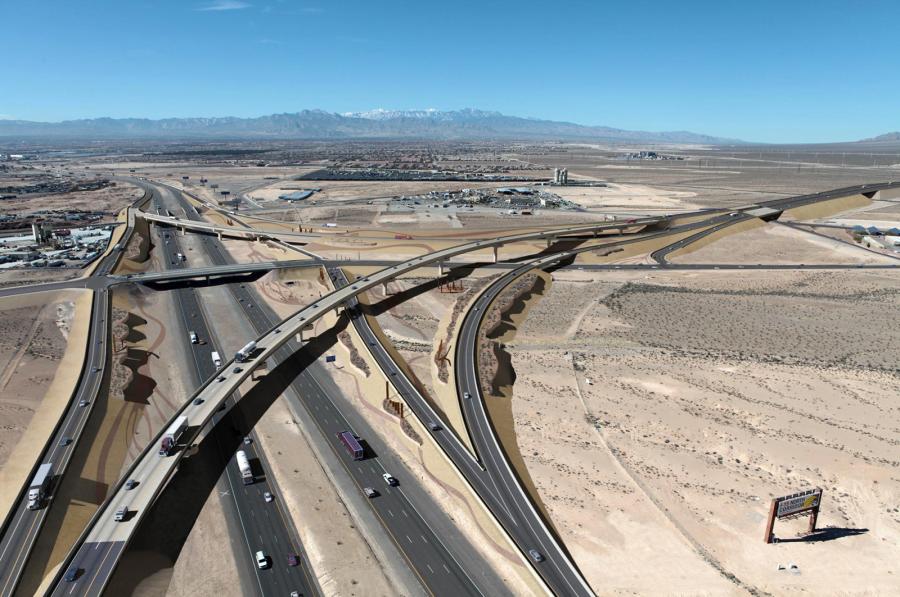 A rendering of what the finished product will look like.

NDOT canceled a previously scheduled groundbreaking due to the virus, but work to move gas pipelines began in late March. The contract was awarded to Fisher Sand & Gravel in January to build ramps, flyovers and street connections at Interstate 15 and the 215 Beltway in north Las Vegas.

"The new direct system-to-system interchange will greatly improve traffic, enhance safety and increase mobility," Illia said." The interchange currently averages about 34,000 vehicles daily, although future traffic counts are expected to grow by 72 percent over the next two decades."

Currently, the route from I-15 to the 215 Beltway is marked by a couple of stop signs. The new fly over will enable a direct system-to-system connection while still maintaining highway speed, which is simply a more efficient and safer traffic pattern, Illia said. "There is a large VA hospital nearby and members of Nellis Air Force Base also will use the new interchange."

The project entails building two massive cast-in-place concrete dual lane flyovers, among other structures, including a 51-ft.-tall, 1,800-ft.-long east-to-north connection that will be the equivalent of five football fields laid end-to-end, he said. The northbound I-15 to westbound 215 flyover, meanwhile, will be longer than the Eiffel Tower laid on its side. The structures sit atop a network of drilled pilings that reinforce the subsurface, with the largest measuring 10-ft. in diameter and 104-ft. in depth. Atkins is the project designer. 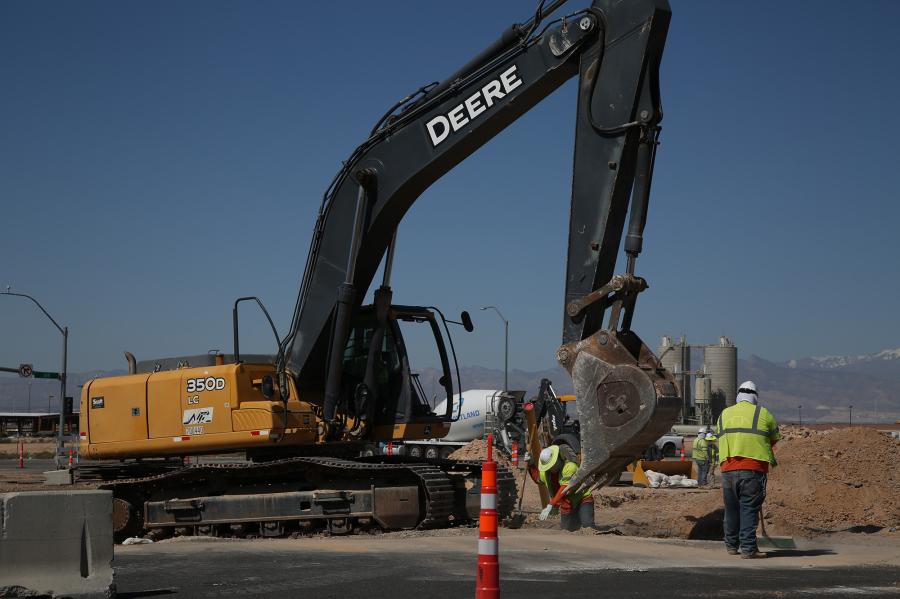 Equipment on site will include motor graders, wheel loaders, excavators, backhoes, haul trucks, cranes, concrete pavers and manlifts. There will be three hydraulic rough terrain cranes, including a 50-ton Link Belt, 100-ton Grove and 160-ton Grove with a 150-ft. boom. There will also be Caterpillar 349 and Volvo 700 excavators as well as Caterpillar 966 wheel loaders.

The improvements also entail new I-15 southbound on- and -off-ramps at Tropical Parkway for greater access as well as widening more than a half-mile of Beltway from four to six travel lanes. Other upgrades call for extending Tropical Parkway to Centennial Parkway, replacing Range Road as an east-west surface connection, with a new eastbound 215 Beltway off-ramp to the new Centennial Parkway and Range Road intersection.

Additionally, there will be new lighting, signage and landscaping, plus 7,815 ft. of drainage pipe. Lage Design is the landscape architect responsible for the new freeway aesthetics made up of boulders and decorative rock, accented by boldly colorful polygonal roadside sculptures that convey the characteristics of water and its impact upon shaping both the natural and built environments.

The interchange is expected to open in late 2022. CEG