Both states will use federal loans for the project, but will use different means to pay them back. 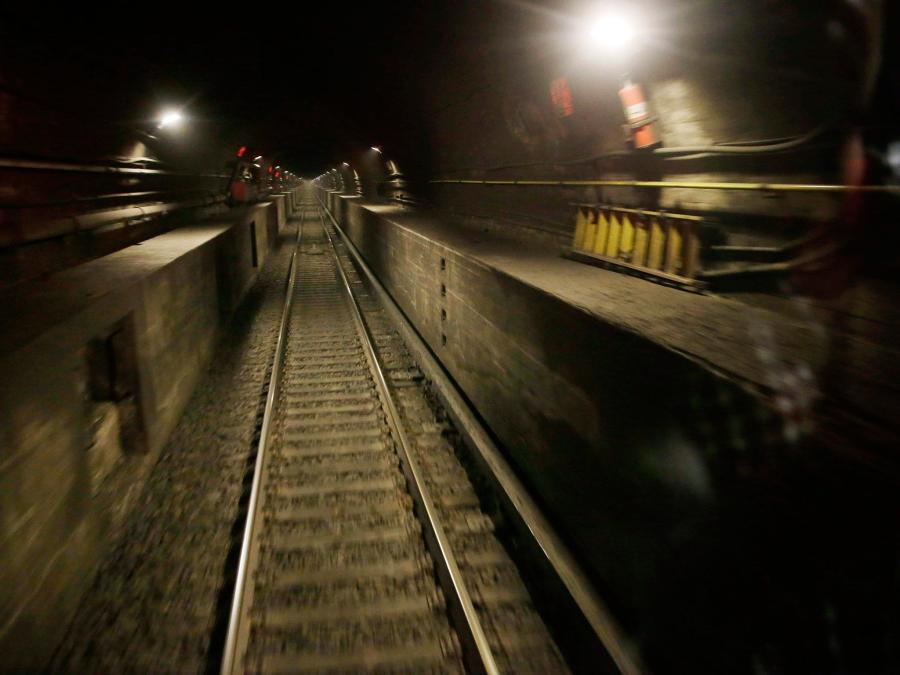 New York and New Jersey announced Dec. 14 how they will pay for their share of an estimated $13 billion project to build a new rail tunnel under the Hudson River and other improvements.

NEWARK, N.J. (AP) — New York and New Jersey announced Dec. 14 how they will pay for their share of an estimated $13 billion project to build a new rail tunnel under the Hudson River and other improvements, with New Jersey's outgoing governor outlining a plan that calls for progressively steeper fare hikes for train riders in his state during the next 20 years.

“I'd like to know whether there were alternatives that did not involve further fare hikes and if so why they were not pursued,” he said. “This is the type of deal that tells you a lot about why people are frustrated with politics. You wait until the last minute to take action, and then you settle for some deal that got cut in a back room somewhere so that one side or one politician or another gets a win without regard for the impact that it may have.”

Combined with money already committed by the Port Authority of New York and New Jersey, the plans set up a framework for local funding of one-half of the cost of the tunnel and associated construction west of Penn Station in Manhattan.

The federal government was to pay for the other half under an agreement negotiated under former President Barack Obama, but President Donald Trump hasn't made the same commitment.

New York Gov. Andrew Cuomo and U.S. Sen. Chuck Schumer, both Democrats who support the project, called on the Republican president to match the states' commitment.

“It's time for the president to commit to fully fund the vital Gateway tunnel project because it is so important to our regional and national economy,” said Schumer, from New York. “The ball — and the future of the Gateway tunnels — is in the president's court now.”

Both states will use federal loans for the project, but will use different means to pay them back. New Jersey plans to raise $1.9 billion by hiking rail fares by about 90 cents per cross-Hudson trip for New Jersey Transit train riders starting in 2020, with increases of $1.70 and $2.20 planned for 2028 and 2038, respectively.

NJ Transit, the nation's third-largest provider of bus, rail and light rail, carries roughly 100,000 rail commuters per day from New Jersey to New York either directly or via connections to other carriers. Its last fare hike came in 2015 when it raised fares by an average of 9 percent.

Christie called the agreement “a pivotal milestone” in the project.

New York plans to allocate money annually over 35 years to service a $1.75 billion loan, state budget director Robert Mujica Jr. wrote in a letter to the Department of Transportation on Wednesday.

A spokesman for the department's Federal Transit Administration didn't immediately respond to a request for comment Thursday.

The project, called Gateway, also envisions expanding Penn Station and adding track capacity on the New Jersey side. It is seen as essential to alleviating worsening congestion and delays in the New York region and on the Boston-to-Washington corridor. Roughly 750,000 people per day ride the corridor on Amtrak and several commuter railroads that share the tracks.

Amtrak, which owns the tunnels and most of the tracks along the corridor, has estimated the existing tunnel into New York could fail in 10 to 15 years due to saltwater damage caused by Superstorm Sandy in 2012.

Were that to happen, the number of rush-hour trains would plummet from 24 per hour to six if one of the tunnel's two tubes had to be closed for repairs.