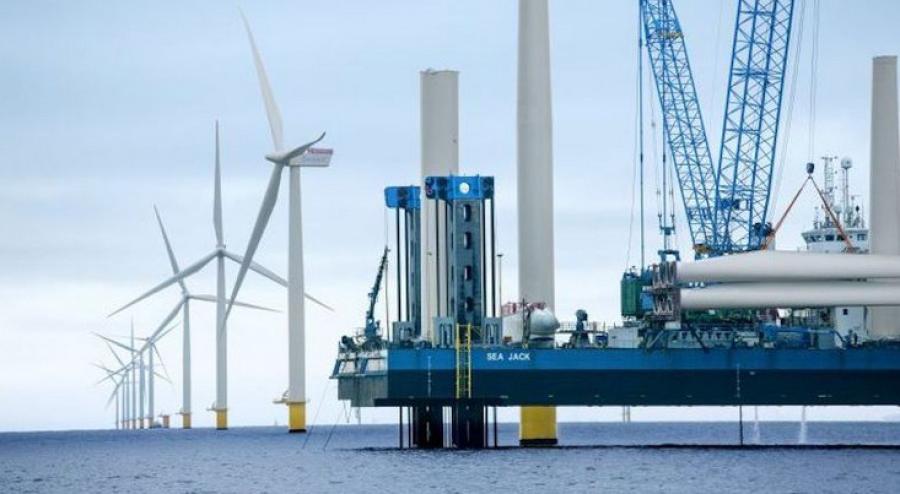 The 11 port sites that are eligible for partnership are located along a wide swath of New York shoreline, from Port Jefferson on Long Island to the Brooklyn Navy Yard to the Arthur Kill Terminal and up the Hudson River to the Port of Albany. (East End Beacon photo)

On July 21, New York announced a giant solicitation for up to 2,500 megawatts of offshore wind capacity, the largest of its kind in U.S. history.

The contract requirements include investing in one of 11 prequalified New York ports for staging, construction, manufacturing, operations and maintenance activities — thereby retaining economic activity within the state.

Associated funding for port investments will include $400 million in both public and private financing.

The solicitation has the potential to bring New York State about halfway to its goal of 9,000 megawatts of offshore wind by 2035.

The 11 port sites that are eligible for partnership are located along a wide swath of New York shoreline, from Port Jefferson on Long Island to the Brooklyn Navy Yard to the Arthur Kill Terminal and up the Hudson River to the Port of Albany.

The new solicitation aims to ensure that manufacturing and operations jobs go to New Yorkers at a time when ports in other nearby states are competing for investment from the offshore wind industry.

"During one of the most challenging years New York has ever faced, we remain laser-focused on implementing our nation-leading climate plan and growing our clean energy economy, not only to bring significant economic benefits and jobs to the state, but to quickly attack climate change at its source by reducing our emissions," said New York Gov. Andrew Cuomo.

"With these record-breaking solicitations for renewable energy and new port infrastructure, New York continues to lead the way with the most ambitious Green New Deal in the nation, creating a future fueled by clean, renewable energy sources."

Together with solicitations for another 1,500 megawatts of onshore renewable energy, the plan is expected to generate $7 billion in direct investment and approximately 4,500 short-term and long-term jobs. Taken as a whole, the offshore wind, port infrastructure and land-based renewable solicitations aim to procure approximately 12 million megawatt-hours, enough to power over 1.5 million homes for a year.

Considering the value of avoided carbon emissions, these solicitations are expected to deliver a combined $3 billion in net benefits over the 20- to 25-year life of the projects.

The offshore wind solicitation seeks bids for projects between 400 and 2,500 megawatts of capacity. It comes attached to a financing scheme worth up to $200 million in 1:1 matching funds, which would support local and private investment in specific kinds of port infrastructure. This includes terminal site subsurface strengthening (needed for heavy turbine components), revetments, wharf improvements, repaving and related site work.

"This record-level investment for port development in support of offshore wind power generation will accelerate the creation of well-paying green jobs and enhance the economic competitiveness of New York," said the state's Department of Transportation Commissioner Marie Therese Dominguez.

Bids will be accepted until Oct. 20, and the contracts will be awarded by the end of the year.