Newark Airport Getting New $2.7B Terminal 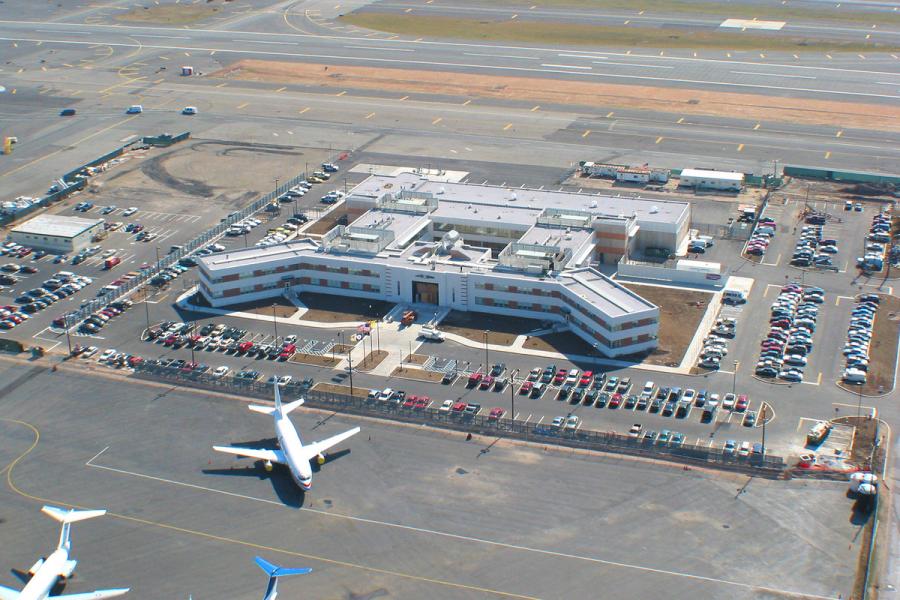 Passengers using Terminal A face "unacceptable congestion at the curbside check-in, long lines at the lobby check-in and security checkpoints, undersized passenger holdroom areas, inconvenient and an insufficient number of concessions and bathrooms," according to the Port Authority's own assessment.

NEWARK, N.J. - Newark Liberty International Airport's smallest and most antiquated terminal is getting a major upgrade, one of several multibillion-dollar projects that will transform air travel in the New York City area over the next decade.

Officials held a ceremonial groundbreaking Oct. 10, at the future site of Newark's Terminal 1, a $2.7 billion project that will replace the cramped and overwhelmed Terminal A.

The 45-year-old terminal is the least-used of the three terminals at Newark with roughly 11 million passengers last year, about one-quarter of the airport's total. The terminal was designed to handle nine million passengers, the Port Authority of New York and New Jersey, which operates the airport, said Oct. 10.

Passengers using Terminal A face "unacceptable congestion at the curbside check-in, long lines at the lobby check-in and security checkpoints, undersized passenger holdroom areas, inconvenient and an insufficient number of concessions and bathrooms," according to the Port Authority's own assessment.

The redevelopment of Newark's Terminal A was already well into the planning and design process by the time Biden made his comments. Other projects include:

More than 132 million passengers used the four Port Authority-operated airports in 2017, a 2.2 percent increase over 2016.

The Newark Terminal A project will demolish and pave over most of the existing terminal and build a new terminal to the south, on land formerly used for cargo and plane parking (a defunct post office also once stood on part of the site).

That geography means that access roads to the new terminal won't impede access to the other two terminals during construction, said Catherine Cronin, the airport's program director for redevelopment.

That should avoid at least one of the early pitfalls of the work at LaGuardia, where traffic jams forced many travelers to exit taxis and walk to the terminals.

"When we open, we'll be able to pull all of that traffic from (Terminals) B and C, so actually the building of Terminal 1 will help traffic because we'll be pulling 11 million annual passengers off that roadway network," Cronin said.