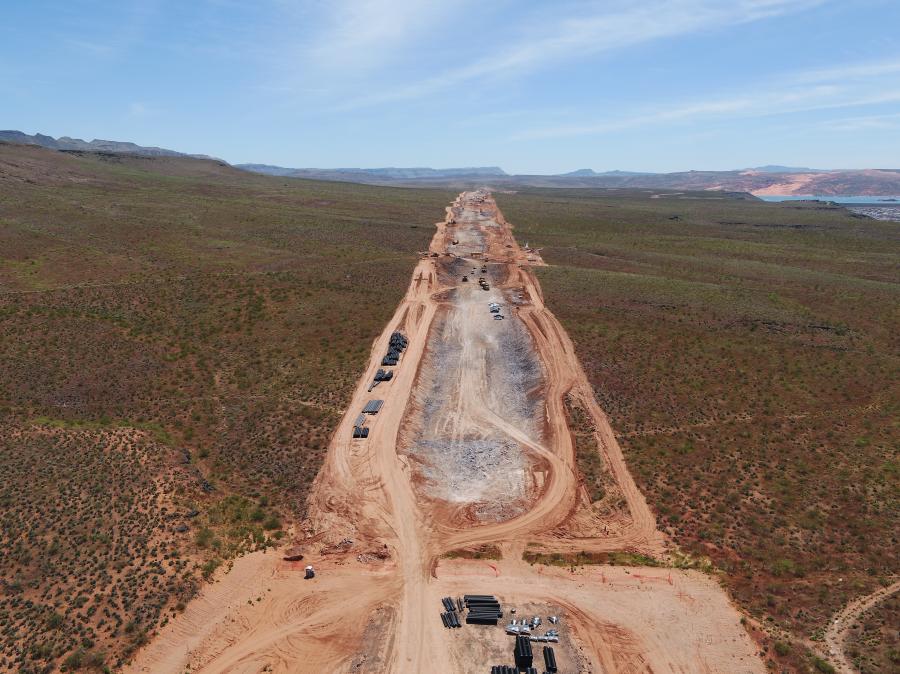 The $75 million segment five of the Southern Parkway is an 8-mi. portion that will complete the overall connection between I-15 in the south and SR-9 in the north.

The final segment of a new highway in southern Utah is on track for completion early next year — despite a number of environmental challenges.

The $75 million segment five of the Southern Parkway is an 8-mi. portion that will complete the overall connection between I-15 in the south and SR-9 in the north. Located within the city of Hurricane, segment five will run from 4300 West to SR-9.

Challenges ranged from environmental and geotechnical issues to archaeological finds, including tortoise habitat and working in sand and soft material to a major cut that went several hundreds of feet in elevation through geological features.

Thanks to newer technology, engineers were able to use digital modeling and drones to conduct the survey flying. 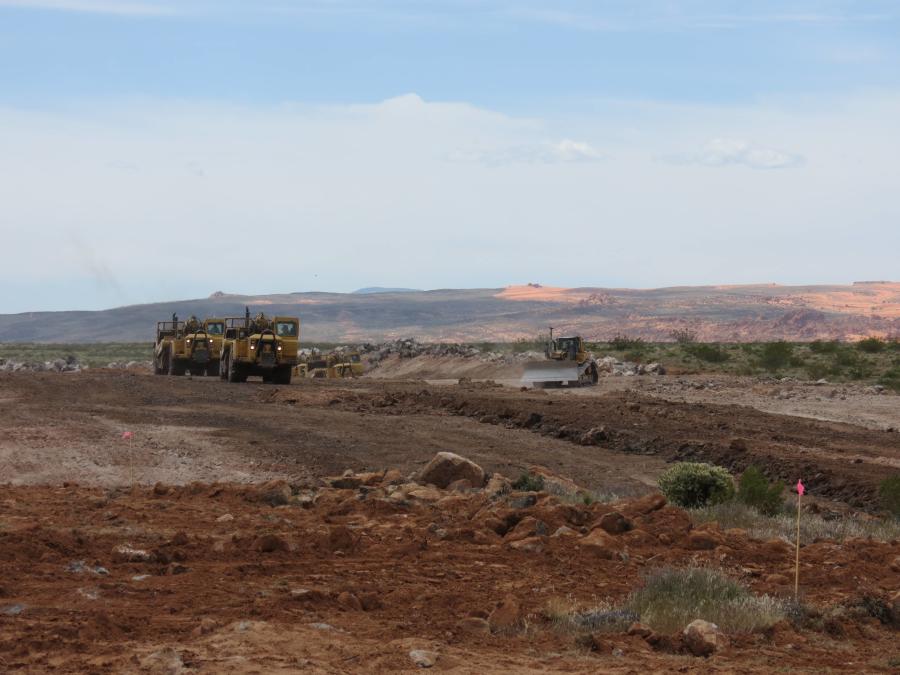 "Because of the uniqueness of the early stage where we had to do Geotech work, we couldn't do any initially on the property so we used almost like LIDAR or ground-penetrating imaging to identify Geotech for the preliminary design," said Kim Manwill, project manager for the Utah Department of Transportation (UDOT).

"We had floating sand dunes blowing around and now we are into basalt that has to be blasted to get the road graded. We had the endangered species, plants, the archeological and paleontology — dinosaur tracks. In previous phases, major archeological sites had to be excavated. We brought students to go through and inventory the sites. We've had to make some adjustments, but there were no delays. Because the way this is scheduled, we have been able to resolve the issues. We did have a delay when they found one site, but crews just moved to a different location while they did their inventory."

The new roadway is located two miles north of Arizona and was built as a bypass around St. George, as both an alternate route and to meet the growing needs of Washington County. In its entirety, the Southern Parkway will run 27 miles and cost approximately $173 million.

"Growth played a big role," Manwill said. "That's what identified the need for the belt route. There's a lot of traffic coming up out of the south going over to Zion National Park. The hope is to try to eliminate a lot of traffic on I-15 between the Arizona state line and St. George. Growth is overwhelming the state.

"This is the anomaly. You don't see many new roads. In my career, 30 years, I've built three. You don't have them very often because of the routes already identified but as growth continues it expands the goal is to get those major arterials." CEG