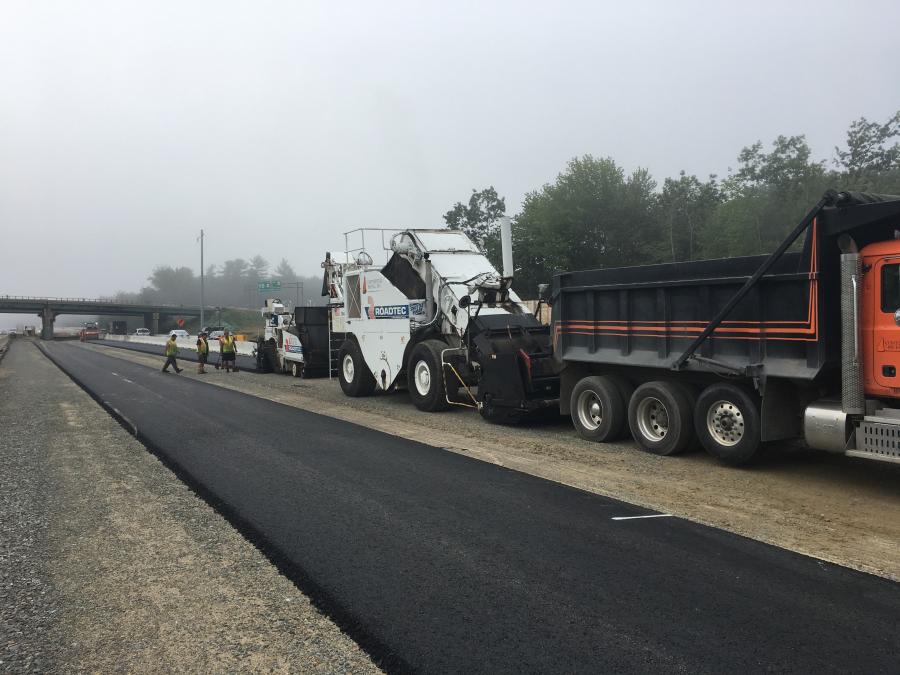 The Spaulding Turnpike project is due to complete in 2020. (NHDOT photo)

New Hampshire Department of Transportation (NHDOT) crews are working on the Spaulding Turnpike (NH 16) in Dover, as part of the reconstruction of the Spaulding Turnpike between the Little Bay Bridge and the Dover Toll Plaza. After-hours construction has been ongoing since 2016, and will take place as needed until completion of the project in 2020.

"The work has gone smoothly, to date," said Adam Chestnut, contract administrator of NHDOT. "The contractor has generally been forced to start night operations after 10 p.m. Due to the variable operations, the numbers on the crew will vary. Some nights may have five to 10 workers in the field for simple drainage operations, while others will have as many as 30 workers, if multiple subcontractors are involved with operations such as paving."

Work has been targeted at completing drainage installations that fall within the active roadway and, therefore, require a lane closure. Due to heavy volumes of traffic on the Spaulding Turnpike in this area, single lane closures are generally restricted to nighttime hours. Additional after-hours work was completed in order to shift Route 4 westbound traffic onto the new Route 4 Bridge at Exit 6. Intermittent night work will continue with additional drainage installations and demolition of the old Exit 6 Bridge.

"The first priority when starting night work is to make sure the necessary traffic control is in place to facilitate safe passage of motorists through the work area," said Chestnut. "Flashing lights, backup alarms and reflective clothing become even more important to make sure of visibility." 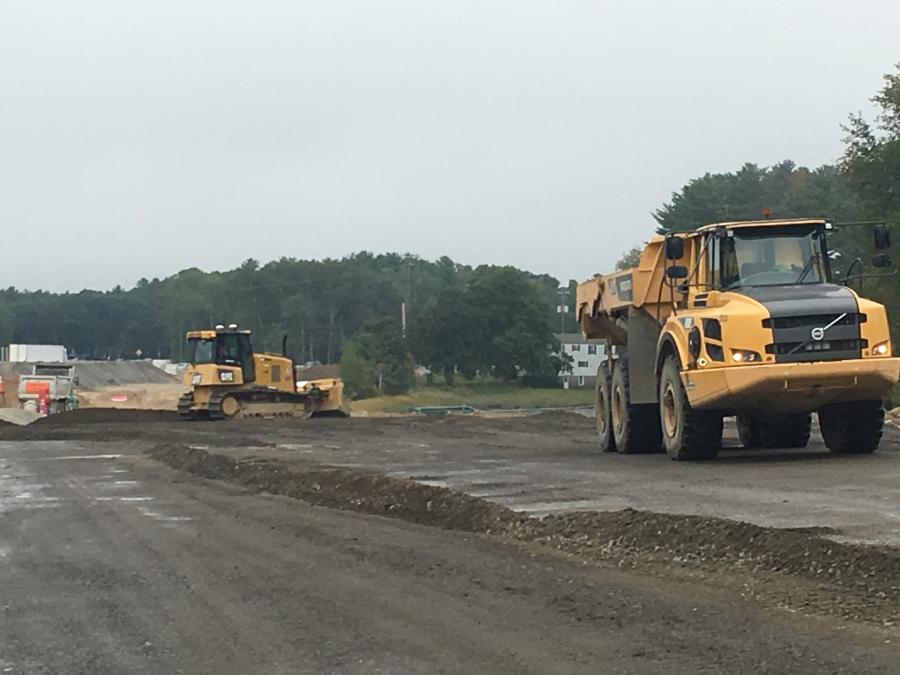 Construction will include additional drainage installations, bridge demolition and setup work for the traffic shifts.

The goal for 2018 is to move northbound Spaulding Turnpike traffic onto the permanent northbound barrel of the Spaulding Turnpike. Once that shift is completed, northbound and southbound traffic will be separated by a small median area. The focus will move to work in the median where there is significant ground improvement and roadway work required to complete that portion of the turnpike.

"There's a lot of work on this project that is not obvious to people passing through. The entire footprint of the Spaulding Turnpike between the Little Bay Bridge and Exit 6 is built on a thick layer of very soft marine clay," said Chestnut. "When we have access to an area for construction, there is extensive work required to improve the ground conditions so that we can build the permanent turnpike through that area. The ground improvements consist of installing wick drains on a five-foot grid over the entire area, and pre-loading the area to induce settlement. The wick drains create pathways so that water can be squeezed out of the soft clay layer, creating a more structurally sound material to support the roadway."

Keith Cota, chief project manager of NHDOT, said a review of Google maps for the transportation network illustrates the critical need for the Spaulding Turnpike corridor.

"This section of the turnpike between Newington and Dover has been the ‘choke' point for commuter, commerce, freight transport and recreational access between the seacoast and the state capital, lakes and mountain regions. No reasonable alternative access is available without going along local state highways in Maine or travel around the Great Bay. This infrastructure expansion for the Spaulding Turnpike from I-95 to U.S. Rte. 4 in Dover was determined the best means to address the purpose and need, as outlined in the 2007 environmental document." 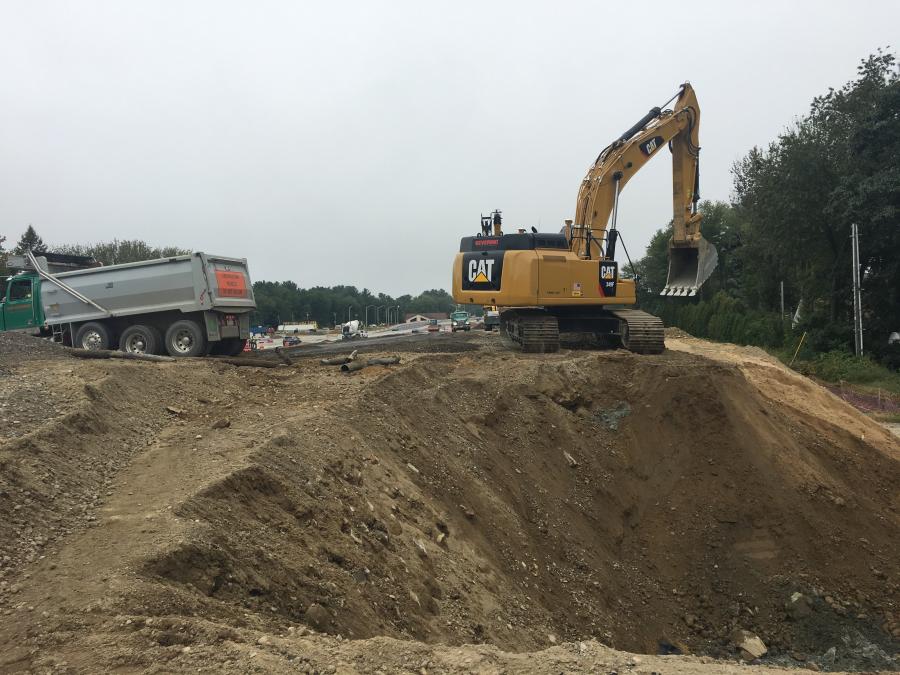 The Spaulding Turnpike is eastern New Hampshire's major limited access north south highway, serving as a gateway linking the Seacoast Region with Concord, the eastern portion of the Lakes Region, and the White Mountains. The Turnpike also is part of the national highway system, reflecting its significance as an important transportation link in the state and regional system.

Functionally classified as a principal arterial, it is a major commuter route which ties the growing residential areas of Dover-Somersworth-Rochester with the industrial and regional commercial centers in Newington, Portsmouth and northern Massachusetts. It also is the major artery for freight into and out of the areas north of the Little Bay Bridges, and as a major tourist route, providing access to the northern reaches of the state from the seacoast and points south of New Hampshire.

"The average daily volume of traffic in 2007 was approaching over 70,000 vehicles per day [ADT], and projected to increase to nearly 100,000 ADT in 2025. Trying to fit this load of traffic within the limited two-lane, each way turnpike is like trying to fit a quart of water into a pint glass bottle." 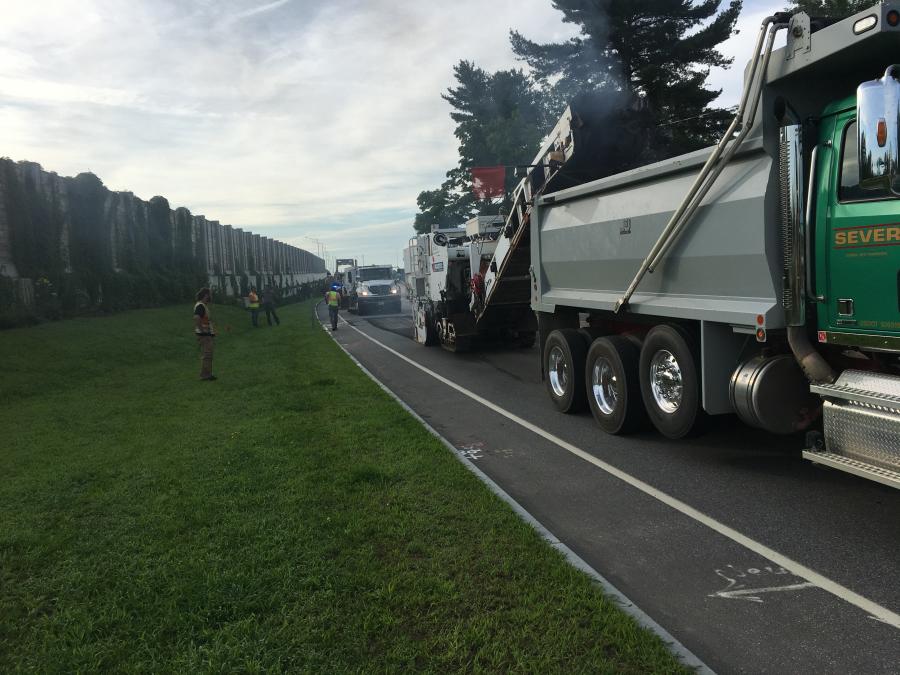 Severino Trucking Company Inc. of Candia serves as the prime contractor for the $67 million project. According to Timothy Brownell, superintendent of Severino Trucking, it was necessary to temporarily terminate the overhead power lines that cross Route 16, in order to install some PV drains.

"This was required to be executed during the overnight hours, to limit the impact on the public. By doing so, we were able to get within five feet of the power lines with the PV drains. We would have otherwise only been able to get within 50 feet of the lines with our much-needed wick drains. Personnel safety is our primary concern. The traveling public doesn't abide by the 45-mph speed limit, and the possibility of tired drivers in the overnight hours is a concern."

Workers are using a variety of equipment to complete the project. 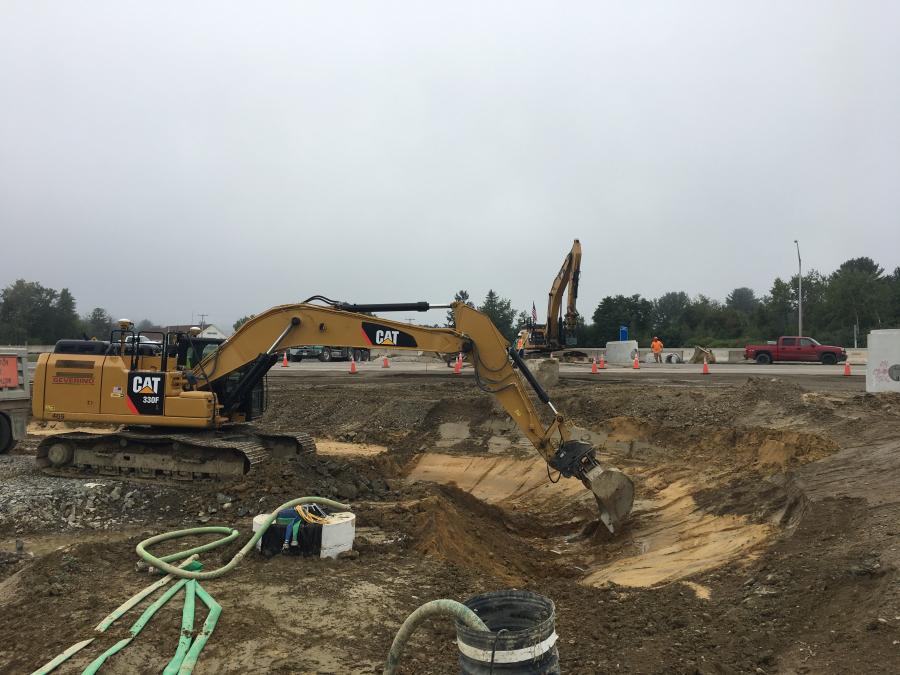 Brownell added, "The most time-consuming job is to ensure a productive daily job site. With all of the different operations and sub-contractors working alongside one another, it's a constant chess game against myself. Or, if you prefer, a quick moving game of Tetris. My goal is to ensure job site safety, as well as production for everyone, not just Severino."