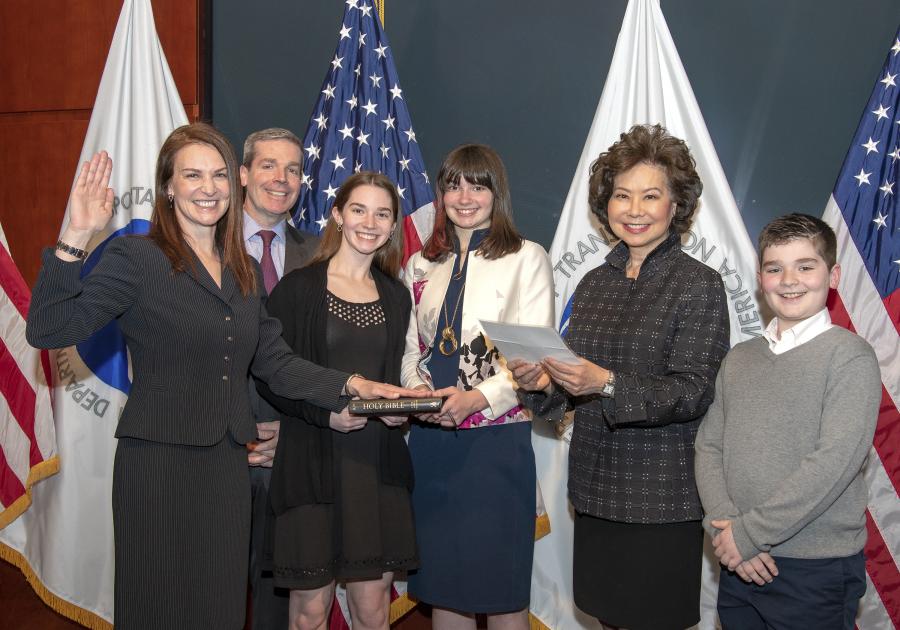 U.S. Transportation Secretary Elaine L. Chao swore in Nicole R. Nason as the 20th Administrator of the U.S. Department of Transportation's (USDOT) Federal Highway Administration (FHWA) on May 2, 2019. The U.S. Senate overwhelmingly confirmed Nason by a vote of 95-1 on March 28.

"We welcome Nicole back to the U.S. Department of Transportation. Her record of experience in the transportation sector and proven leadership skills will help this Administration's efforts to streamline the permitting process, engage with innovative technologies and enhance mobility on our nation's highways," said U.S. Secretary of Transportation Elaine L. Chao.

"I am honored to be selected by President Trump and privileged to join the strong team that Secretary Chao has assembled at DOT," Nason said. "Working with our many state and local partners, I look forward to leading the FHWA and to developing a strong, safe and modern transportation network that meets the needs of our 21st-century nation."

Nason has also worked in the legislative branch as counsel for the U.S. House Committee on the Judiciary and as press secretary for Rep. Porter Goss (R-Fla.), who was Chair of the House Permanent Select Committee on Intelligence.