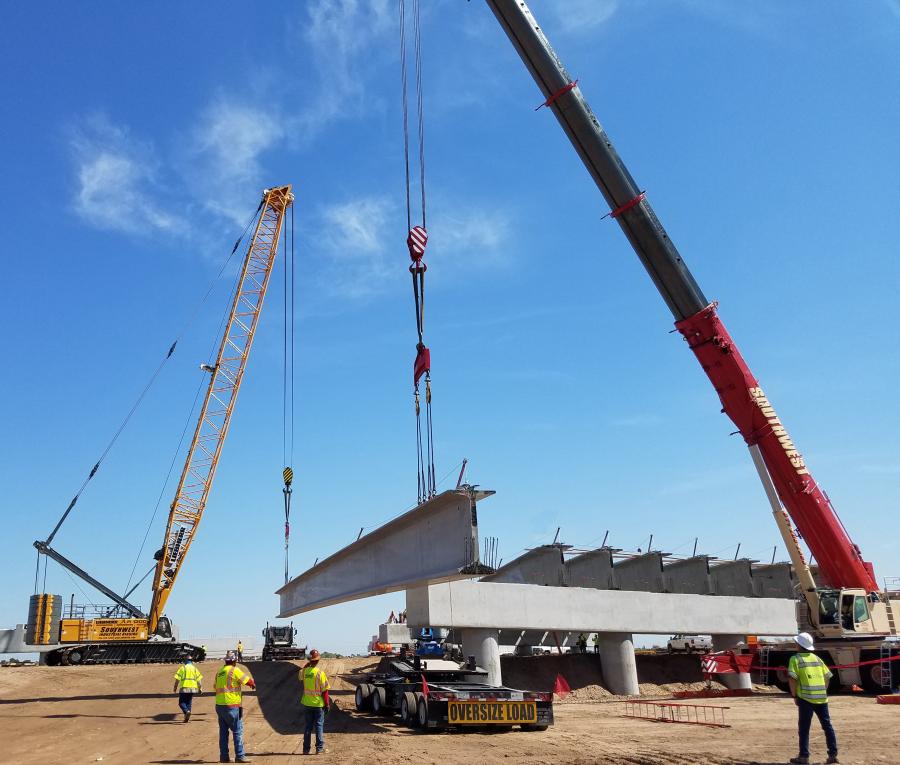 The Loop 202 South Mountain Freeway remains on track to open by late 2019 with the 9th U.S. Circuit Court of Appeals in San Francisco affirming a U.S. District Court ruling that allowed the Arizona Department of Transportation (ADOT) to move forward with construction.

“This is a clear victory for one of the nation's fastest-growing regions, ensuring that progress will continue on a project that will make this a better place to live and do business,” said John Halikowski, ADOT director. “ADOT has worked closely with the city of Phoenix, the Maricopa Association of Governments and Federal Highway Administration to develop the most extensive environmental review of any highway project to date in Arizona, and the courts have taken notice of this by ruling in favor of this project at every step.”

In the ruling, the Ninth Circuit affirmed an August 2016 ruling by the U.S District Court of Arizona on all issues.

The 22-mi. freeway will provide a direct link between the East Valley and West Valley and a much-needed alternative to Interstate 10 through downtown Phoenix. Approved by Maricopa County voters in 1985 and again in 2004 as part of a comprehensive regional transportation plan, the South Mountain Freeway will complete the Loop 202 and Loop 101 freeway system in the Valley.

Halikowski added, “We're committed to delivering on a promise to Maricopa County voters to complete the Loop 101 and Loop 202 system that will connect communities and employment centers while helping position the Phoenix area for continued growth and opportunity.”

Major construction on the South Mountain Freeway began early this year, and progress is evident throughout the entire 22-mi. corridor. In Ahwatukee Foothills, interchanges are taking shape at 17th Avenue and 40th Street. In Laveen, crews are building two half-mile-long bridges that will provide a much-needed grade separated crossing over the Salt River. In the West Valley, the skyline is changing daily along Interstate 10 as work continues to create an interchange connecting with the South Mountain Freeway at 59th Avenue, including several flyover ramps.