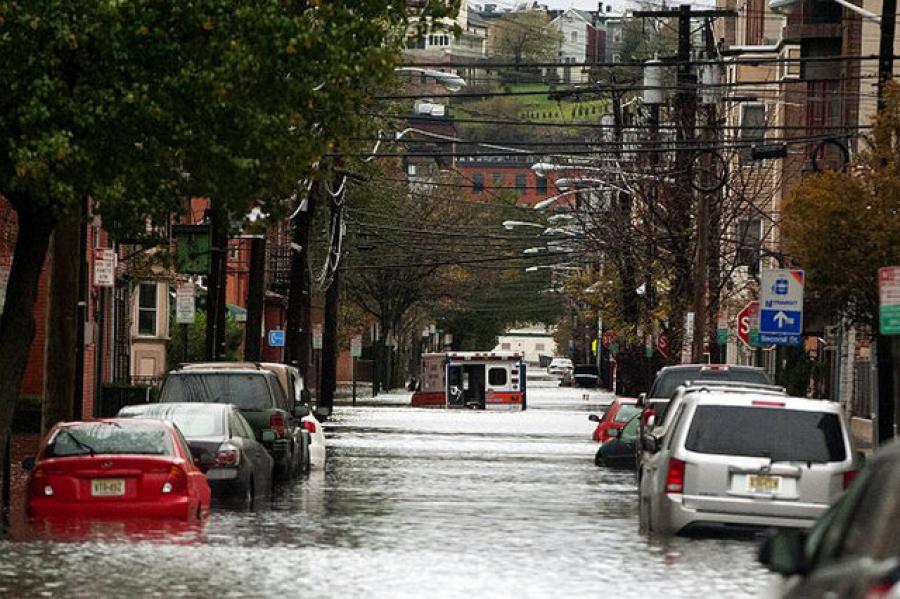 A plan to protect Hoboken, Jersey City and Weehawken from the type of major flooding caused by Superstorm Sandy is moving forward. (Accarrino photo)

An ambitious plan to protect three New Jersey cities just outside New York from the type of major flooding caused by Superstorm Sandy is moving forward.

New Jersey officials have settled on the boundaries of a $230 million project in Hoboken, Jersey City and Weehawken.

It calls for flood walls protecting neighborhoods, a NJ Transit rail yard, a hospital and police and fire stations. Hoboken was inundated by the 2012 storm six years ago.

Four years in the making, the project has been closely watched around the country by communities looking for ways to protect densely built cities where simply raising buildings higher is not an option, particularly those with subway or underground rail systems.

"We believe that Hoboken can truly become a national model for innovatively dealing with the impacts of global climate change," said Hoboken Mayor Ravi Bhalla.

The project arose from Rebuild By Design, a federal project funded through the U.S. Department of Housing and Urban Development to seek innovative ways to protect communities after Sandy. Hoboken's is among the most advanced of seven projects that received funding in New Jersey, New York and Connecticut. Construction should start in the third quarter of 2019 and hopefully be completed by 2022.

It involves building flood barriers around parts of Hoboken and the other two cities while integrating it into the landscape with seating and areas where grass or plants would grow, absorbing rainfall. At least two parks are part of the plan, which uses green spaces as an alternative to pavement that causes rainfall and storm water to run off into sewers.

One of its most novel features, construction of underground chambers to store rapidly accumulating flood waters, is being put off until more money is available, though an experimental project could be done if sufficient funds are available after the main barrier project is completed. Officials said they still like the concept, but said it could be 15 to 20 years before it is built as part of a future project.