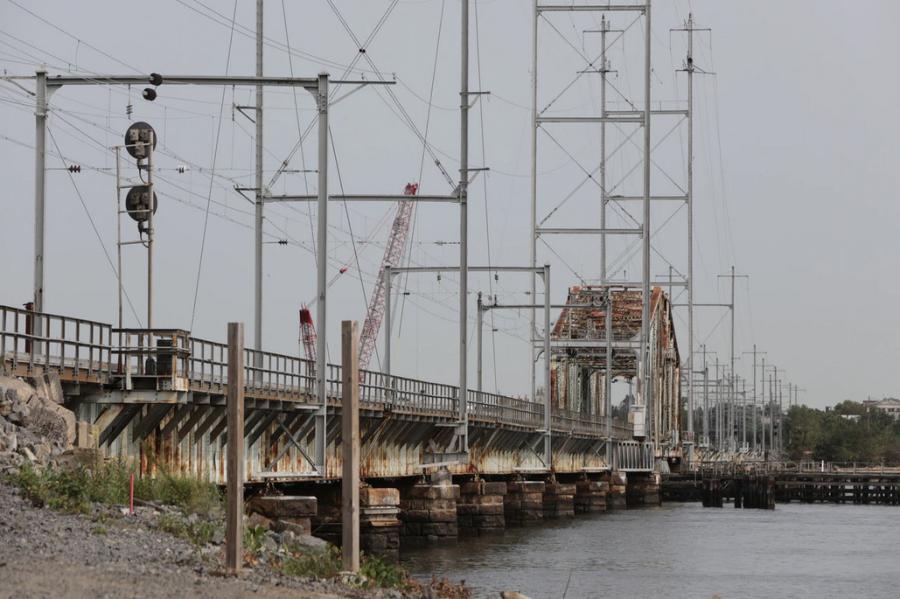 The event marked the beginning of construction to replace the existing swing-span bridge, known as River Draw, which was damaged during Superstorm Sandy in 2012 and has experienced recurring maintenance issues.

"It is an honor to join with everyone as we take another step in building the safe, modern and reliable infrastructure that our state, our region and our nation rely upon," Murphy said.

"This project is not just about building a new bridge. It's about bringing together the latest in engineering and construction to build better and smarter. It's about recapturing our state's mantle as the corridor to the nation. It's about ensuring that our tomorrow is better than our today."

River Draw, which first opened to rail service in 1908, was wholly submerged during Sandy, Murphy said. The water that washed over the bridge knocked the rails out of alignment, damaged bearings and washed out the supportive embankment, Murphy said.

Murphy commented that the project also will provide an economic stimulus at just the right time.

"It is projected that this project will create and support more than 5,700 good, overwhelmingly union jobs and pay the workers on site here more than $350 million in wages," the governor said, adding the economic impact will likely reach $1 billion.

"This project is not just a win for the roughly 11,000 daily commuters it will carry to work, or to school and or to play," Murphy continued. "It's not just a win for the thousands of families it will provide with good wages. It's a win for all of Middlesex County and the region. Projects like this are at the heart of building a stronger, fairer and more resilient post-COVID-19 New Jersey. It's about jobs today for sure, but it's equally about building for tomorrow."

He added the project will not only support all the commuters of the rail but will augment the work that Mayor Henry and his administration have done to bring about the ferry service that is projected to come to South Amboy.

"This new bridge will be built to be resilient," NJDOT Commissioner Gutierrez-Scaccetti said at the ceremony.

She added it's important to take resiliency and climate change into consideration when planning new transportation projects for New Jersey.

During his remarks, NJ Transit's Corbett said the bridge is long overdue for replacement.

"Obviously, the new design that you will be seeing constructed is going to allow for much greater resiliency and takes into account the lessons learned from Sandy," he said. "It is just one of the long-stalled projects in our Five-Year Capital Plan.

The western alignment would place the new bridge farther away from the ocean to improve flood resilience and increase the design speed for trains on the bridge. The introduction of new mechanical and electrical systems would also provide for more reliable span operations, resulting in reduced maintenance costs. In addition, improved navigation at the lift span will significantly reduce the risk of vessel collision with the bridge's pier protection systems.

NJ Transit received a $446,312,465 grant from the Federal Transit Administration for the project.

George Harms Construction Co. Inc. of Farmingdale was awarded a $247.9 million contract for the initial construction phase earlier this year. 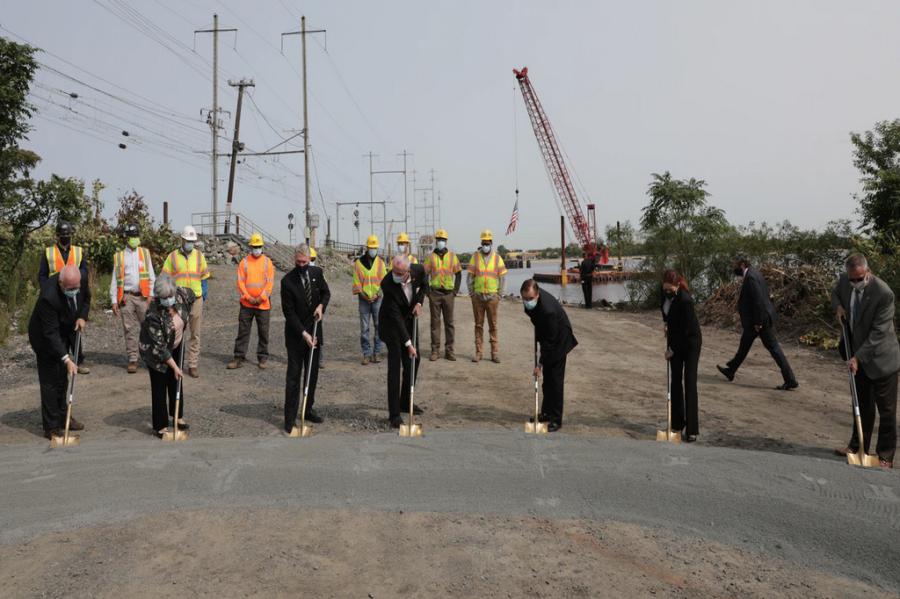