No Injuries Reported After Crane Collapse Outside SoFi 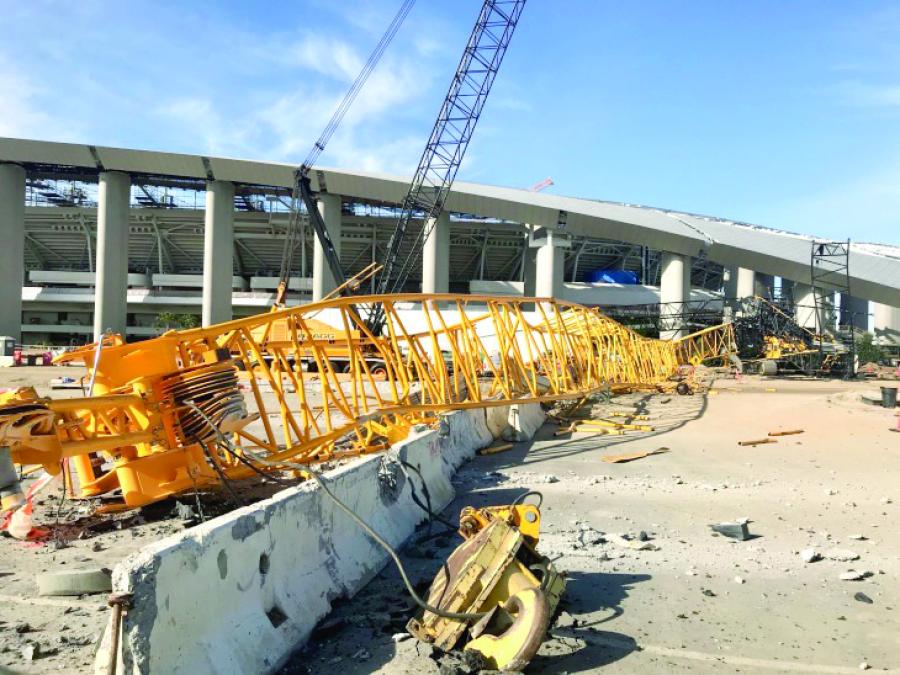 No injuries were reported when a crane collapsed at the new SoFi Stadium site on Feb. 28.

INGLEWOOD, Calif. (AP) A large construction crane collapsed the morning of Feb. 28 outside SoFi Stadium, the new home of the NFL's Los Angeles Chargers and Rams, according to the fire department. No injuries were reported.

Firefighters were dispatched to the stadium in suburban Inglewood shortly before 8 a.m. Fire Department spokesman Franklin Lopez said a crane that was being moved struck a stationary crane, causing the stationary crane to collapse.

There was no structural damage to the stadium.

The 70,000-seat stadium is expected to open in July with a Taylor Swift concert and a few weeks later the Rams and Chargers will play their first preseason games there.

SoFi Stadium will host the Super Bowl in February 2022 and the college football championship game in January 2023, followed by events during the 2028 Summer Olympics.

It also will be the site of a newly announced Los Angeles Bowl between football teams from the Pac-12 and Mountain West conferences.