Noorda College of Osteopathic Medicine to Open in 2021 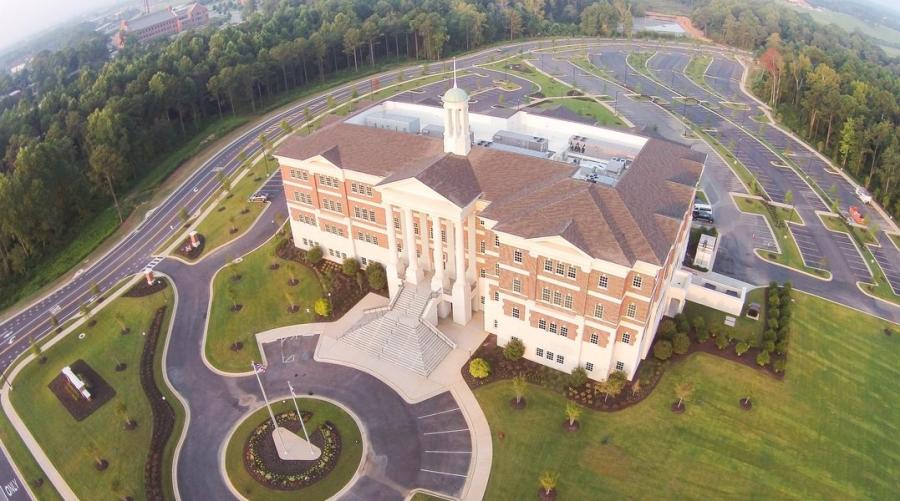 A new medical school is coming to Utah County in 2021. Developed by Wasatch Educational, the Noorda College of Osteopathic Medicine plans to begin admitting students in August 2021 and will enroll 150 students per year for the first four years and 175 students per year after that.

Named after the Ray and Tye Noorda Foundation, who have committed $50 million towards the project, the Noorda College of Osteopathic Medicine (NCOM) will be a premier medical and research school offering innovative and transformational curriculum and advanced medical technology focused on preparing physicians who will provide high-quality healthcare services including preventative care to help people stay well.

The commitment, along with a significant commitment from the developer, provides most of the funds needed for construction and operation of the Noorda College of Osteopathic Medicine.

“We are honored to partner with the Noorda Foundation and our other partners to bring Noorda College of Osteopathic Medicine to Utah County,” said Dr. Michael Skurja, president of WE. “We believe the medical school will inspire and motivate local students to pursue a career in medicine and provide a community choice for those already committed to a medical career while providing an increase in the quality of life for the people of Utah. It also should attract people to Utah County from other states and countries who are interested in becoming physicians.”

There are a few Utah County site locations for NCOM now under consideration. WE has submitted a proposal for its preferred location in Provo to the Municipal Council for consideration. The proposal is subject to approval by that body.

During its first 50 years of operation, NCOM expects to graduate more than 8,750 physicians who may have an estimated 1.4 billion patient encounters and possibly affect the lives of more than 4 billion family members over the course of a standard 40-plus year career.

“Noorda College of Osteopathic Medicine graduates will become some of the best-educated physicians available,” said Dr. Richard P. Nielsen, vice president of Wasatch Educational. “Over time, the good they will perform will help millions of people including many hundreds of thousands right here in Utah.”

Along with other medical schools in Utah, NCOM will supply physicians to help offset a growing physician shortage. Research from the Utah Medical Association Council estimates the state will need approximately 375 new physicians each year to meet medical needs. In 2015, the American Medical Association ranked Utah 49th in primary care physicians to population ratio and 43rd in overall physicians to population ratios. And according to data from Utah universities, approximately 400 students leave the state each year to attend medical school in other states.

NCOM and RMUoHP will have an affiliated relationship but are independent institutions overseen by independent and separate Governing Boards.

The WE proposal to Provo, subject to approval by the Provo Municipal Council, recommends building the medical school on 24 acres of the northwestern part of the East Bay Golf Course (approximately 11 percent of the total golf course acreage). The proposal also asks for an option of the southwestern wedge of the course, which is not exercisable for a minimum of 15 years. The proposal also suggests relocating the RMUoHP campus next to NCOM beginning in 2024.

If the proposal is accepted, the city of Provo would professionally move three current golf holes of the northwestern part to the southeast corner of the existing course at the expense of the developers. The move will enhance the existing 18-hole championship course with no change to the current driving range, all other buildings and property on the course including the clubhouse, and the 7-hole executive short course for at least the next 15 years.

According to a recent independent economic impact study by Bonneville Research, the Noorda College of Osteopathic Medicine will provide more than $62 million in construction business, provide 236 construction related jobs and bring more than 121 medical school jobs to the county. It may attract other health, medical, biomedical, biotechnology, retail and related spin-off businesses.

In a later phase, a new Rocky Mountain University of Health Professions campus will be built adjacent to the medical school campus. At full operation, the local economic impact of both campuses will be approximately $100 million annually and include 1,500 jobs and more than $83 million in construction business (NCOM and RMUoHP combined). All of this will substantially increase the property tax base including an estimated $8 million directed to the Provo School District in the first 15 years.

The development plans include significant green space in and around the campuses, creating a park-like atmosphere to protect and preserve the environment, nature, wildlife, and birdlife.

A search for a founding dean for the medical school is now under way. If the submitted proposal is approved, groundbreaking for NCOM would begin in March 2019 with an estimated completion date in January 2021. The first student applications will arrive in January of 2021.