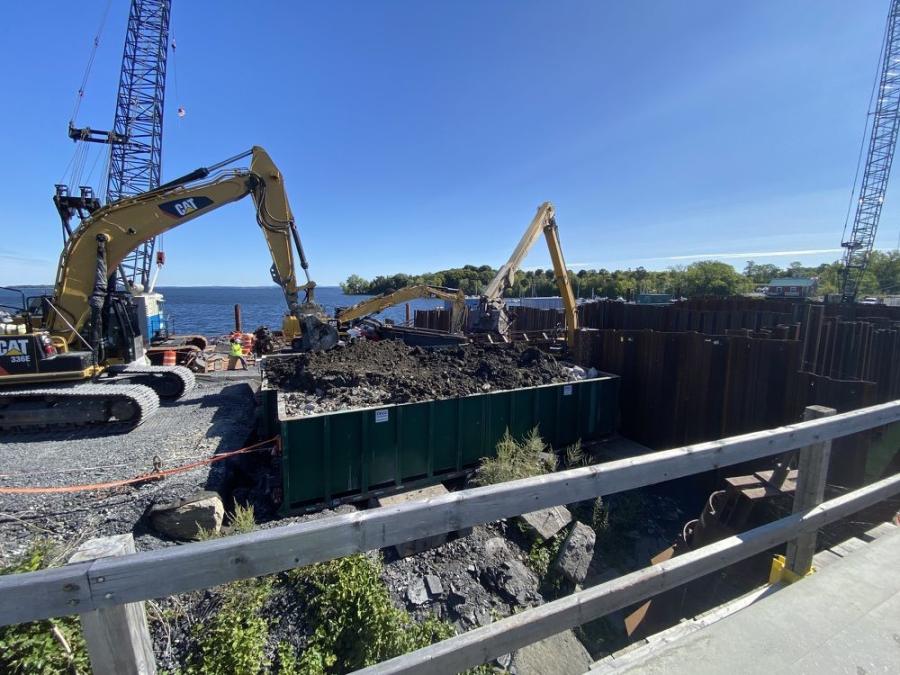 A $60 million Vermont bridge project is back on track after unexpected hazardous material held up work for months. 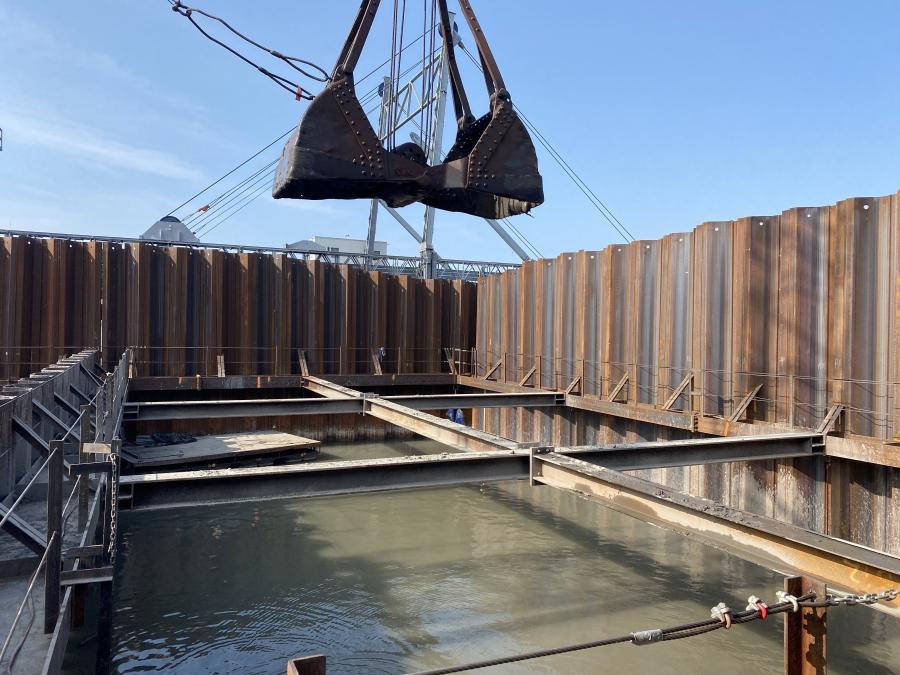 But it has been a frustrating time for the Vermont Agency of Transportation (VTrans), said Todd Sumner, senior project manager.

"Progress has not gone as well as we hoped," Sumner said. "Two years into an originally planned four-year project, we haven't built a single permanent thing on the structure, yet. One of the things that slowed things down was the presence of hazardous contaminants we didn't know about. That really slowed down excavation in the area of the abutments and piers."

Excavating the hazardous material also was delayed while VTrans awaited the assessment of the material and developed a soil management plan. The hazardous materials included lead, PCBs and hexavalent chromium. The state believes the contaminants came from the old bridge railing when it was sandblasted, cleaned and repainted decades ago.

In excavating cofferdams for two piers, approximately 7,000 cu. yds. of lake sediments and pier concrete from the cofferdams will be removed, said Taylor Waring, resident engineer.

"We have to pour a tremie seal to seal up the coffer dams," Sumner said. "Once you pour the tremie seal inside, that will seal it up so you can dewater it, so that you can pour the footing and the substructure. You pour the concrete wet in the bottom of the cofferdam. That will seal it up so water doesn't come in and you can pump the water out so that it is dry on the inside, and then you can pour the footings for the pier. The abutments are up on the slope high and dry."

Work on the project got under way in July 2018. Crews first constructed a temporary bridge. Once that was operational, they demolished the existing bridge, built in 1953 and the only vehicular moveable bridge in Vermont.

The historic twin leaf bascule bridge was replaced not because the bridge itself was in poor shape, but because of the aging mechanical components. 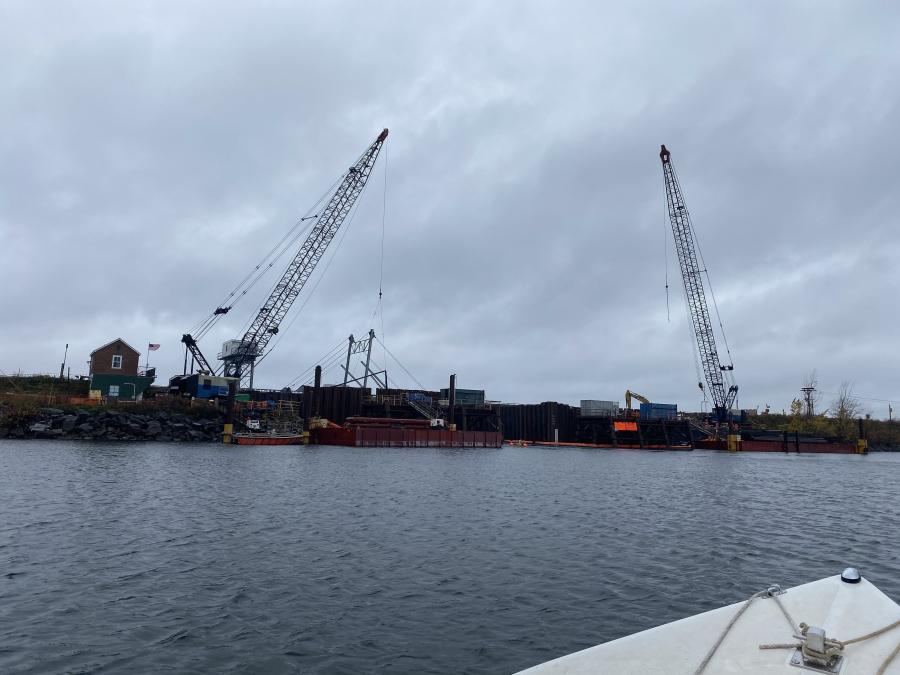 "The actual capacity to carry traffic is fine," Sumner said. "The motors, the electrical, all the mechanics are in really bad shape. The state has been sinking money into it for years just to keep it running. If this project got delayed, there is no guarantee we would be able to open this bridge in the future. There is a risk of not being able to open this bridge."

If that had occurred, the state would have faced a $25,000 fine every time it failed to open. The bridge carried an average of 3,000 vehicles a day in the offseason and double that in the summer and fall. It also has provided the only unrestricted access for boats, and is the only route big sailboats can get through.

The temporary bridge is known as an Acrow bridge, featuring a truss-like moveable span and paved wood deck.

"We're building some redundancy into the operating system in the sense if one of the cylinders needs to be replaced or fixed we could still open the bridge," Sumner said. "It may not operate as quickly, but it will still operate. We're building a separate auxiliary backup system as well. Our goal is to get 75 to 100 years out of it. There may be a deck replacement before then or it may need to be repainted or parts replaced, but for its full lifecycle we're hoping to get 75 to 100 years."

To reach that goal, stainless steel reinforcement will be used on the deck. The opening portion will be paved with concrete to minimize the weight. "The heavier the span, the more expensive equipment you need to lift it," Sumner said. "We also went with metalizing the girders versus painting and some of the smaller pieces we're galvanizing. We're trying to cut down on maintenance, hoping that might extend the life."

The project is slated for completion in July 2023. CEG